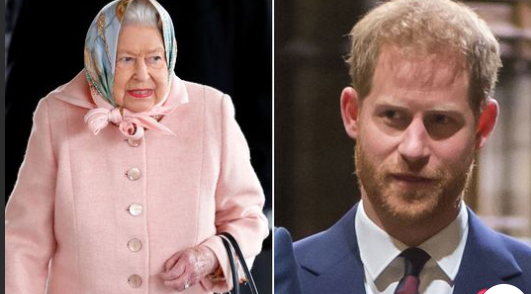 Before Meghan Markle and Prince Harry told the world they will be stepping back from their roles as senior royals, the Duke wanted to discuss his decision with the Queen. According to sources, he had been discussing the life-changing decision with his dad Prince Charles via email - but wanted to speak to the big boss ahead of the announcement. However, it's claimed he didn't plan on negotiating with the Monarch, and instead just wanted to talk to her "grandson to granny" to explain why they were doing it.

He called her up to ask if he could come to Sandringham for a chat, to which she agreed, however things quickly went downhill in what has been described as a "classic" move by the Palace. Harry reportedly told Charles he and Meghan wanted to spend more time in Canada before Christmas, with the Prince of Wales telling them they needed to come up with a proper plan of how it would work logistically. The couple put together a full proposal, detailing how they would make the plan work, which they sent over to Charles at the start of the New Year. However, they were reportedly told they needed to spend more time thinking it through and that there were "complex implications" that needed to be worked out. A source told The Times : "It reached an impasse where his father said, ‘We need to have these conversations in person. This is not something we can negotiate over email.’ "

Harry agreed, but said he also wanted to speak to the Queen about his plans as a sign of respect. The source added: "He has been communicating with her on the phone throughout. He wanted to see her, not to negotiate with her but to talk to her grandson to granny, to say, ‘This is how we have come to this.’ " He called her at Sandringham, where she is still enjoying her Christmas break, and asked if he could go up to Norfolk to see her. She reportedly said: "Yes, love to see you, come and see me". However, things quickly started to go wrong.

The source said: "A message was conveyed: ‘Oh, sorry, misunderstanding, she might have said she was available, but actually she is not available.’ " However the Queen made it very clear that he wasn't to publicly announce the plans for now - but Harry is said to have ignored this, sharing the statement on Wednesday evening. This decision has reportedly caused outrage within the Royal Family, and the Queen is said to be "deeply upset". A statement was released by the Queen's office shortly after Meghan and Harry posted their news online, warning of "complicated issues". A statement released by the Queen's office this evening says they understand Meghan and Harry's "desire to take a different approach", but warns it will take time to work out the details. It reads: "Discussions with The Duke and Duchess of Sussex are at an early stage. "We understand their desire to take a different approach, but these are complicated issues that will take time to work through." According to the Evening Standard , Charles and William were only sent a copy of the statement 10 minutes before it was made public - and they were not given any further information. Both are said to be "incandescent with rage",  with the Queen "deeply upset".