Three separate columns of protesters filed through the French capital on Sunday to protest against President Francois Hollande's plan to legalise gay marriage and adoption by June.

Several hundred thousand protesters - a mix of Catholics, conservatives, Muslims, evangelicals and homosexuals against gay nuptials - were expected to rally at the Eiffel Tower when the separate columns meet there in the late afternoon.

Organisers reserved five high-speed trains and 900 buses to bring protesters from provincial towns to the capital, some before dawn, to join Parisians and display the extent of the opposition that has built up in recent weeks.

"Nobody expected this two or three months ago," said Frigide Barjot, a flamboyant comedian leading the "Demo for All" she described as "multicultural, multireligious and multisexual."

Strongly backed by the Catholic hierarchy, lay activists have mobilised a coalition of church-going families, political conservatives, Muslims, evangelicals and even homosexuals opposed to gay marriage.

AG Muigai warns court against gay unions via the back door

CORD defends performance of its negotiators in IEBC committee

CORD should shun away demonstrations

"We want this draft law to be withdrawn," Patricia Soullier, a protest organiser, told BFM-TV before boarding a Paris-bound train in Montpellier in the south of France.

Hollande angered opponents of same-sex marriage by trying to avoid public debate on the reform, which Justice Minister Christiane Taubira described as "a change in civilisation", and wavering about some of its details.

His clumsy handling of other promises, such as a 75 percent tax on the rich that was ruled unconstitutional, and a faltering struggle against rising unemployment have dented his popularity in recent opinion polls.

Same-sex weddings are legal in 11 countries including Belgium, Portugal, the Netherlands, Spain, Sweden, Norway and South Africa, as well as nine U.S. states and Washington D.C.

Over 1,000 Catholic clerics in Britain issued a protest letter on Saturday against plans to legalise gay marriage there.

In Italy, the Vatican daily L'Osservatore Romano on Sunday condemned a court ruling against a father who sought custody of his son because the mother now lives with a lesbian partner.

Columns of young and old protesters waving approved pink-and-white posters walked through Paris in near freezing temperatures, many of them couples with children in tow, in strollers or on their fathers' shoulders.

"I am perfectly happy that homosexual couples have rights and are recognised from a civil point of view," said protester Vianney Gremmel. "But I have questions regarding adoption."

Cardinal Andre Vingt-Trois, a Catholic leader who launched the opposition with a critical sermon in August, met protesters in southern Paris and expressed his "encouragement that Christians express what they think."

Leaders of most faiths in France have spoken out, stressing problems for children that they saw emerging from same-sex marriage rather than addressing the argument among supporters that it was simply an issue of equal rights for gay adults.

"The French are tolerant, but they are deeply attached to the family and the defence of children," said Daniel Liechti, vice-president of the National Council of French Evangelicals.

Support for gay marriage in France has slipped by about 10 percentage points to under 55 percent since opponents began speaking out, according to surveys, and fewer than half of those polled recently wanted gays to win adoption rights.

Under this pressure, legislators dropped a plan to also allow lesbians access to artificial insemination.

Organisers insist they are not against gays and lesbians but for traditional marriage and only allowed approved posters and banners to be displayed.

Slogans included "marriagophile, not homophobe," "all born of a father and mother" and "paternity, maternity, equality."

Civitas, a far-right Catholic group that sees homosexuality as a sin, staged a much smaller march along another route.

Running battles in Western Kenya reported between police and protesters

The governor of New York State, Andrew Cuomo, has declared a public health emergency because of the severity of this year's influenza season. 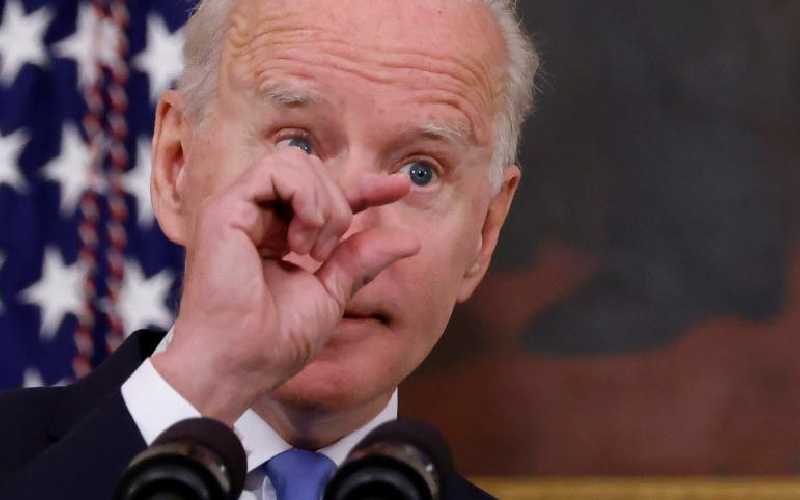