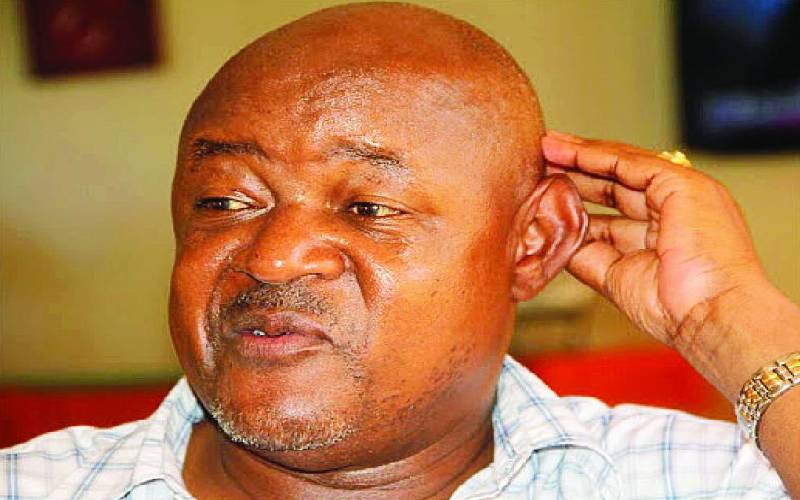 The Orange Democratic Movement (ODM) has settled on David Were as its candidate for the Matungu by-election.

Were was handed a direct ticket by the Orange party, a move that has not gone down well with rivals who have vowed not to support him in the March 4 mini-poll.

According to ODM Secretary General Edwin Sifuna, the former legislator was awarded the party ticket after meeting set requirements.

In Were, Sifuna said the party had a strong candidate with the capacity to clinch the seat that fell vacant after the death of Justus Murunga on November 14, last year.

Were (pictured) will now face ANC candidate Peter Nabulindo and about 10 independent candidates, including Benard Wakoli who decamped from Ford Kenya after the party leadership withdrew from the race in support of the ANC candidate.

He vied on Jubilee party ticket in 2017, having fallen out with the Orange party leadership.

Paul Achayo, a newcomer, clinched the ODM ticket but performed dismally after a section of voters branded him an 'outsider' from neighbouring Butere constituency.

By Alex Chagema | 2 days ago

By Martin Ndiema | 3 days ago

Teacher fears for his life after assault by three students
Feedback