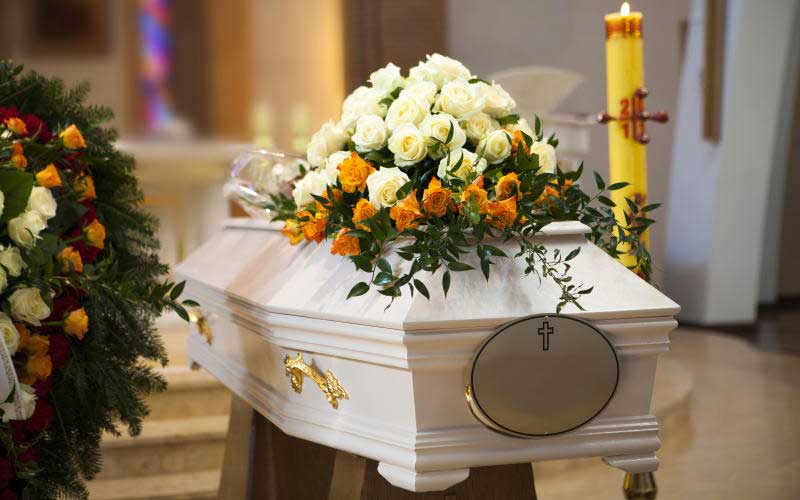 In a culture steeped in superstition, when an ailing man was about to die, he would be moved from the bedroom into the sitting room as it was believed that men must die in the open and they were to be buried three days after dying. Woe onto you if you are aged and died without children, elders will prick you with thorns in the anus.

The Maragoli, like many other communities in Kenya, mourn the death of their loved ones with unique rituals.

Also referred to as Ava-Logooli, Maragoli is one of the major Luhya sub-tribes in Western Kenya.

Whenever a loved one dies, numerous rituals are observed throughout the mourning period and even after the burial.

But the rites will depend on many factors including whether the death was normal, was killed or committed suicide.

The Maragoli bury in a manner that respects the dead as they were in life.

“Immediately a person is pronounced dead, elders move in immediately to oversee certain rituals, particularly when the person dies at home and not in a hospital,” says Reverend Samuel Muhindi,72, the community’s Council of Elders coordinator.

Muhindi led other elders from the community in sharing their experiences with The Standard. He has documented the Maragoli culture in some of the books he has authored.

So what happens right from when someone is sick and eventually dies?

“Nobody wishes to die, however, in our community, we prepare for death, those nursing sick persons are trained to know whether the patient will survive or may die,” says Muhindi.

For instance, an ailing man about to die would be moved from the bedroom into the sitting room as it is a common belief in the community that men must die in the open,” says Rev Muhindi.

Whoever is attending to the person who is about to die must mark the exact time when the death occurs and last words said by the dying kin.

The process of dying in Maragoli culture is steeped in superstition, usually, the sick would make some revelations or give certain demands to be met before breathing their last.

“Some may demand certain people to leave the room or be called in before they eventually die,” says the old man.

Once a person has died at home, the body is washed and dressed in neat clothing and left to rest on a bed in the sitting room where only the old folk will conduct a prayer then a female member of the family will wail at the top of her voice to announce that someone has died in the community.

It is during the wailing that mourners mention the dead’s good deeds on earth and praise the departed’s name. Later, the body is moved to the veranda and placed either on the right or left hand depending on whether it is a man or female.

Maragoli culture dictates that a person should be buried on the third day after death. This is to allow relatives and friends living far away to be notified and attend the burial.

Relatives, friends and community members keep night vigil in the home of the dead where elders, sitting around a fire referred to as magenga, seize the opportunity to educate young men about traditions.

Another sensitive issue is the grave-digging which elders have to oversee. Ordinarily, the grave is dug at the night before the burial day once elders identify the right spot, with young men at hand to dig it.

A man's grave is dug at the right-hand side of the house, while that of a woman is placed at the left one.

Usually, the grave will be dug facing East and the diggers must be given a chicken to be slaughtered near the grave and roasted at the vigil fire.

"The chicken signifies that they are cursing death out of the community and cleansing themselves from evil after entering a grave, a place only meant for the dead," says Muhindi.

Traditionally, the body was only wrapped in banana leaves and buried in a shallow grave. Unlike today, the grave would later be covered with banana trunks or soil but that exposed the bodies to attacks by wild animals or dogs.

In Maragoli culture, elderly men and women are buried after 2pm unless they were killed or died in an accident.

“Those who die in an accident or are murdered are buried at night on the very day they have departed, same to those who commit suicide. It is so to banish the evil spirits,” says Muhindi.

According to the elders, there was no post burial ceremony for a person who was murdered or committed suicide.

When a man old enough to have children dies without any siring any, elders would prick him with thorns in the anus under the traditions in Maragoli culture.

The thorn was referred to “rifaa ria kiikunza nguvo”, and its insertion in the anus of the dead man was to encourage men to get married and sire children for the community to progress.

A married woman who died before her dowry was paid has to be buried at her parents’ home unless the husband’s family makes arrangements to pay the dowry ahead of the burial.

The dowry paid after death was never to reach the home of the woman's parents and it was shared among elders along the road according to Mzee Isiji.

A woman who died while still at her parents’ home was buried at the left side of her father’s house close to the fence.

Men and women who didn’t have children in their lifetime were never named after.

Elders say the Maragoli value the lives of children and the death of the young ones is usually very painful.

Usually, a minor was buried early in the morning between 6am and 8am and they were buried at the left side of their father’s house. Infants are buried on the very day they die.

With the arrival of Christianity, religious leaders have been allowed to take a role in the burial of bodies among the Maragoli alongside the elders, says the community’s Council of Elders chairman Jotham Isaji, 82.

Elders expect positive eulogies only because ‘Omukutsu ni omuyanze’ (the dead are cherished).

Mzee Isaji says a burial ceremony among the Maragoli is never complete without feasting.

This is one reason the burial ceremony has been termed as expensive to families that lose their beloved ones.

A bereaved family is expected to prepare enough food to feed hundreds of mourners from the day the death occurred until after the burial according to Isaji.

Usually, the mourners will be served Ugali, meat, green maize, and githeri among other meals. “Feeding mourners makes ancestors and the dead and reduce the chances of the family being haunted by evil spirits.”

Three days after the burial, the entire family is required to stay behind for hair-shaving in a tradition named ‘Orovego’ which has great significance according to Mzee Isaji.

“Shaving heads bald shows the family has accepted the loss and separated from the dead for good.” During ‘Orovego’ the family dines and drinks in remembrance of the deceased for one last moment.

The hair shaving-ceremony has in the recent past changed its timeliness where the family can decide to carry out the function on a later date and not specifically three days after burial.

It is during that event the family seeks out properties of the deceased and also have debts left behind by the dead cleared by those alive.

“It’s during the ceremony that we sought out the inheritance to his kin and share all of his properties. In other cases, if you owe the deceased or vice versa the debts are settled,” said Isaji.

This is done to appease the ancestors and the dead so that they don’t come back to haunt the family in case they get disappointed according to Isaji.

“Our traditions almost assimilated Christianity due to the striking resemblance,” says Kennedy Asuza, a Maragoli elder.

Asuza, however, confesses that it is not possible to follow the traditions to the letter due to Christianity and the novel Covid-19 containment measures.

“When I lost my son in Nairobi years back, we failed to uphold the three days of having him buried as he was kept at the mortuary for almost a week, such cases have left us as Maragoli people to adapt to modernity,” said Asuza.

Turnout in public schools was impressive though the teachers admitted that it was impossible to observe social distance.

By Olivia Odhiambo | 20 hours ago