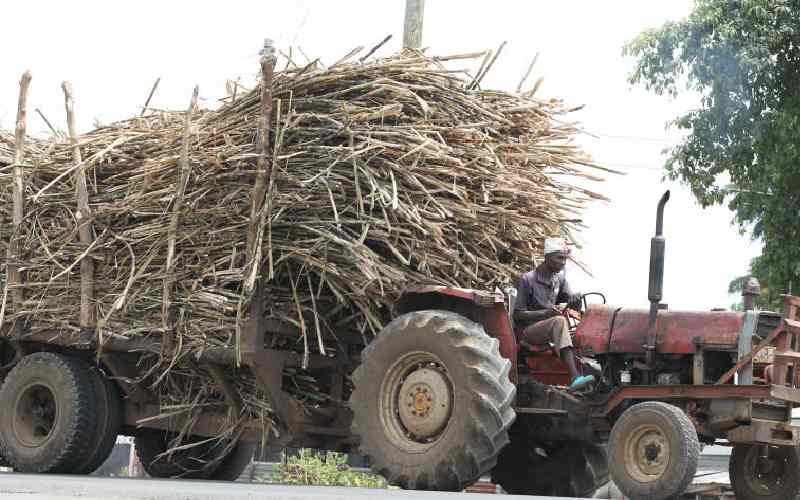 Sugarcane millers and farmers from the Western belt have protested unlicensed and illegal sugar imports into the region.
The stakeholders have claimed that the region has been turned into dumping market for illegal imports from the neighbouring countries, especially Uganda.
They demanded that Agriculture, Fisheries and Food Authority (AFFA) to come clear on reports as they alleged of some form of collusion between the unscrupulous businessmen and some authorities.
Nzoia Sugar Company chairman Joash Wamang’oli said that that sugar started flowing into the country way before opening of the customs window.
The government is said to have released custom import licenses for importation Friday last week.
“It is unfortunate that those importing sugar want to kill the local industries. At this rate, we will not have money to our pay farmers,” he said.
Wamangóli called upon AFA to move with speed and protect local farmers and millers from the adverse effects of the unlicensed cheap imports.
AFA is mandated to ensure that the country’s imports sugar which is commensurate with the deficit to ascertain adequate stocks in the market.
Wamang’oli pointed said that it seems some cartels have taken advantage of the porous border to bring in the commodity irregularly.
He added, “We are calling upon AFA to urgently move in to protect our farmers.”
He made the remarks as farmers from Nzoia, Butali and West Kenya sugar growing zones raised similar concerns, saying they have incurred huge losses due to the illegal trade.
They said the illegal trade was akin to paying Ugandan farmers and further impoverishing local growers who are already facing numerous challenges afflicting the turbulent sugar industry.
The stakeholders cited Bungoma, Mukenya, Masbrago, New Adatia, Kiminini, Kitale, Charangani and Jaralam as some of the areas the imports can be traced to.
Bungoma Governor Wycliffe Wangamati, who is a member of the Sugar taskforce, cautioned that opening up the importation window could have negative impact as the prices could fall to unprecedented levels.
Wangamati said Agriculture Cabinet Secretary Peter Munya should intervene to cushion farmers from incurring losses.
At the same time, Chairman of Kenya National Alliance of Sugarcane Farmers, Saulo Busolo said the irregular imports was going to hurt the troubled sugar sector.
He urged President Uhuru Kenyatta to consider giving a stimulus package to the industry players to ensure stably supply of the commodity.
Share this story

Fat men, women at higher risk of dying from Covid-19

They were also 1.8 times more likely to require critical care in a hospital’s Intensive Care Unit.