It is 8am and the morning sun has just cast its long rays into Kindu Koyier village of Kadera Lwala village, Migori county.

All is quiet in this small village save for chirping birds welcoming yet another busy day for a group of women who have put their lives on the line in order to put food on the table for their families.

Humming childhood songs, the women trudge along a busy path as they head to the gold mines that has brought joy and misery to this once sleepy village which now teems with humanity ever since the villagers discovered gold deposits along a river bank.

The mines have killed many residents but these women will not give up because gold prospecting is the biggest economic activity here.

Although middlemen are the ones smiling all the way to the bank, leaving the miners with peanuts, the women’s determination remains.

We watch in disbelief as Anjelina Okeyo, a mother of four, descends about 200 meters deep inside the tunnel, the top soil surface hanging loosely above her. Will she survive and return to the surface?

She is among several women and young men who risk their lives daily to prospect for the rare mineral. Moments later, four more women miners join her inside the dark tunnel.

“I believe that within my powers as a woman to create, nurture and transform, I must defy all the odds to make a good living,” she says.

Even with the hazards they face, such as oxygen deficiency, radiation from rock strata, airborne dusts, extreme temperatures and humidity, insufficient lighting and manual labour, the women are undeterred.

Village elders say at least six people have died in the caves and several others escaped with injuries in the mining accidents in the last three successive years.

Yet despite the fatal casualties reported the precious ore mining in the sleepy village of Kindu is still thriving at night and in the wee hours of morning, the risk notwithstanding.

Some days, the women earn up to Sh800 and on a good day when business is brisk they make up to Sh2,000 despite all the tunnel death risks.

Most of them sneak to dig gold at night because they lack prospecting trade licenses.

When The Standard visited the area, we found several youth and women busy prospecting for gold under the tunnel, singing songs in praise of God.

Despite the risks posed by the tunnels that hangs loosely over their heads, none of them is scared. The old tunnels suspected to harbor natural minerals have been in existence for decades.

Mzee Silas Aduda, explains the tunnels trace back to the era of colonial regime who tried to excavate gold in the area and left. They dug some deep holes that exist today, some have turned into gulfs.

“We are trying to be a little more careful when entering the long thin deep crack or hole in the ground so that we do not slip and fall or cave in,” Okeyo explains. But she is not alone.

Several women are also in the gold mining business that is thriving in the village; and transforming the hitherto sleepy village of Kindu in Migori into an ‘under world’ village business centre.

With no protective devices, no proper lighting systems under the tunnels, compressor for oxygen and safety gear needed before entering the tunnels the gold miners appear negligent of the apparent risks.

“What can you achieve in life if you are not a risk taker,” asks Mary Odongo as she smiled heartily.

These deposits are widespread, occurring along Kuja rivers and its tributaries. Gold occurs within the solid rock in which it was deposited.

The miners claim that some tunnels contain valuable lode deposits of gold that have been explored so thoroughly in the past. This makes it difficult for new prospectors, without ample capital, to discover new lode worth developing under the tunnels.

In geology, a lode is a deposit of an ore that fills or is embedded in a fissure or crack in a rock formation or a vein of ore that is deposited or embedded between layers of rock.

When Dede area assistant commissioner Elizabeth Karitu toured the area, she was shocked at the risk that women endure each day to make quick bucks.

Karitu could only hear sound swhen she attempted to enter the underground tunnel.

“Hallo! Hallo!”, her shrill voice called out. But Okeyo, who was deep inside the tunnel could not see her. She only heard Karitu lurking along the corridor in the tunnels, calling out her name.

“Madam Okeyo come out you have a visitor.”

When the miners emerged, the assistant commissioner arrested them and immediately banned gold prospecting.

“I am saddened at how poverty and the urge to make quick bucks has driven hundreds of young and energetic youth to overlook the risks,” she said.

She told residents interested in prospecting gold to seek government licenses and advise from geological experts so they can use the right machines for prospecting.

While no deaths have been reported this year, Karitu says she is unhappy with those who risk their lives at night to engage in the illegal activity. “It is sad when such reports filter into our office,” she says.

Expressing her frustration at nabbing the culprits, Karitu said when they lay an ambush to effect the arrest — the miners are tipped off and they go into hiding. She warned that they will now beef up patrols just to ensure that such black gold markets cease to exist.

Migori is one of the regions in Kenya that have mineral deposits hitherto underutilised, awaiting potential investors to exploit and spur on the region’s economic growth.

Migori governor Okoth Obado has in the past invited mineral prospecting and drilling companies into join them in efforts to make the county a lead mineral producer.

The mining sector is likely to attract investment in excess of billions in coming years if new global investors move in to prospect the natural and lucrative resource, which will create multiple jobs. The governor is currently wooing investors from US, China and Europe to cash in on the opening.

Premium Governor's wife joins five others in scramble for woman MP seat
The competition features seasoned politicians as well as a few greenhorns. The women say that despite their political leanings, they support Azimio-One Kenya candidate Raila Odinga.
Nyanza
By Anne Atieno
3 hours ago

Projects' future bleak as county bosses retire
Some of the projects gobbled millions of taxpayers’ money, but have failed to live up to their billing after contractors abandoned them.
Nyanza
By Standard Team
5 days ago 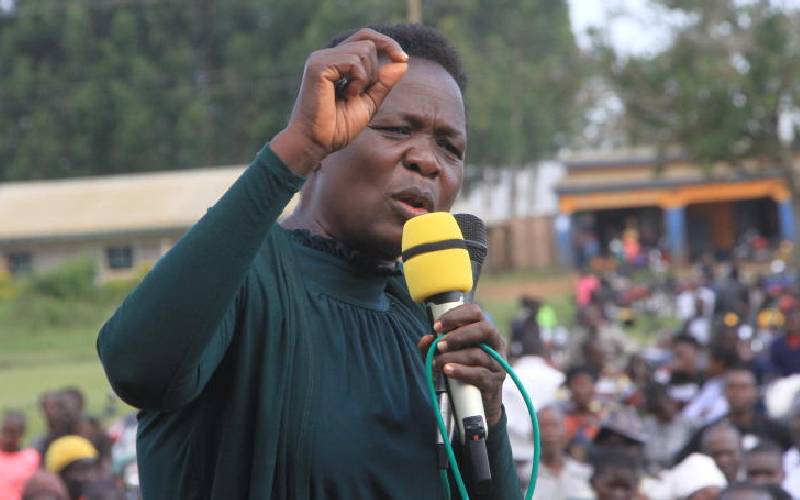 It's your turn to support my bid, wife tells Obado
Hellen, who joined the race to unseat Pamela Odhiambo, said she supported Governor Okoth Obado for a long time and now, it is his turn to support her.
Nyanza
By Anne Atieno
8 days ago
. 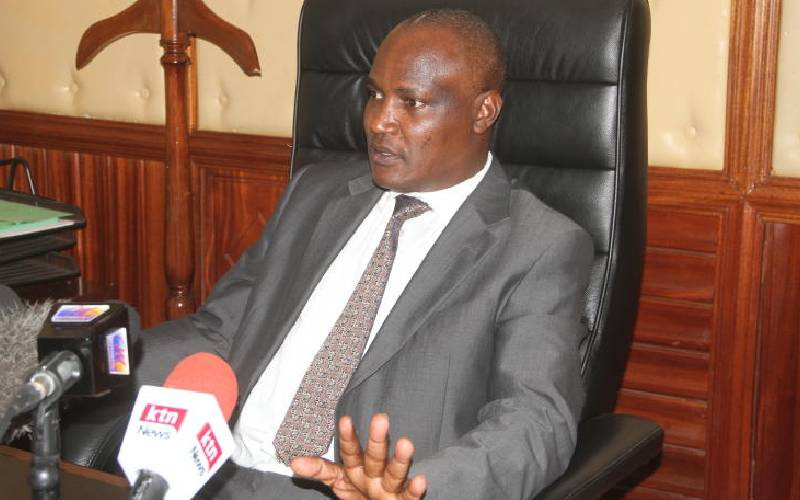