After ripping the tracks across the globe, Kenyan athletics stars on Friday completed a rare race, they were among thousands of graduands that graduated from leading universities across the country.

"It was not easy. As a mother, wife, police officer and Athlete Representative at AK; I had to squeeze time to study. I am happy I made it and urge my fellow to further their studies," said Chemos.

Chepkirui, who also works with the National Police Service, graduated with a Bachelors degree in Health Promotions and Sports Science from Masinde Muliro University of Science and Technology. 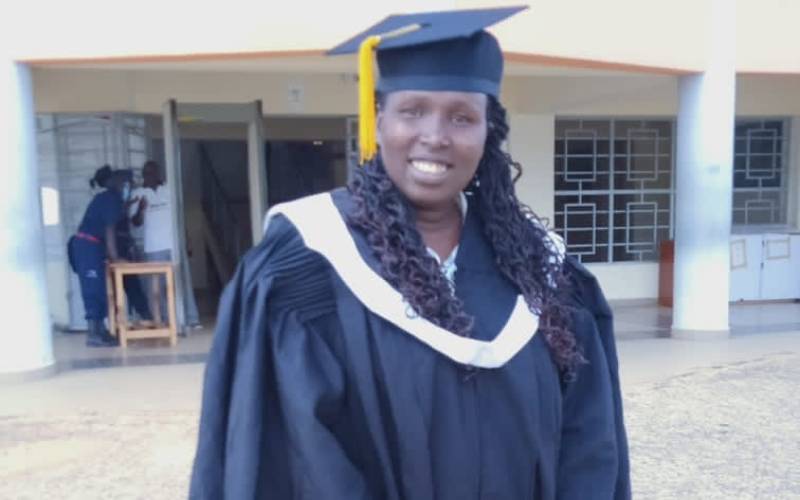 Yego, a Sergeant attached to the Directorate of Criminal Investigations, graduated with a Bachelors in Public Policy and Administration at Kenyatta University.

The athletes join a growing number of sports personalities basking in university degrees. They are, among others, former Nagana Marathon champion Isaac Macharia who graduated with a degree in Business administration at JKUAT in 2009, legendary athlete and a professor at Kenyatta University Mike Boit as well as Michael Olunga, the Al-Duhail SC forward, graduated with a degree in Geospatial Engineering recently.

Yego, an alumnus of the prestigious Kapsabet Boys High School and a three-time Africa champion, has come a long way. He attended Soba River and Kikuskong Primary schools in Tinderet Sub-County, Nandi County.

Yego described his academic journey as tough, saying it was a tricky balance between training, competitions and work.

“It required discipline and determination. Remember sports, job and schooling are not easy to manage but I thank God I managed it. I had sometimes to halt training for studies and it really affected my performance at some point, but I don’t regret that,” said Yego.

He said his training in Public Policy and Administration helps him discharge his police duties better.

“I love service to the people and after my retirement in sports, I would like to serve in any capacity and position. My family especially my wife Sincy, my parents Wilfred Sugut and mum Ruth Sugut and my big sister Teresa sugut who tirelessly supported me in the tough four years in school,” Yego said.

World marathon record holder Eliud Kipchoge had in October challenged him (Yego) on why he chose to pursue higher education while actively engaged in sport. Kipchoge posed the question during a gala hosted by National Olympics Committee of Kenya (NOC-K) in Eldoret.

The athletes join a growing of sports personalities basking in university degrees. They are among others former Nagana Marathon champion Isaac Macharia who graduated with a degree in Business administration at JKUAT in 2009, legendary athlete and a professor at Kenyatta University Mike Boit as well as Michael Olunga, the Al-Duhail SC forward, graduated with a degree in Geospatial Engineering recently.

Jubilee's Donald Fundi Saleri carried the day in Mahoo while UDA's Simon Kiambi was declared the winner in Kiagu.