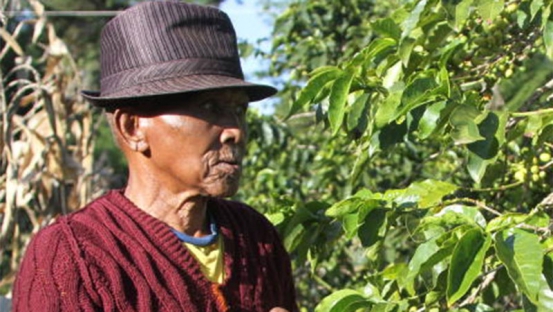 NAKURU, KENYA: Coffee farmers from Baringo County have complained to Deputy President William Ruto over the disbursement of a Sh120 million loan they applied for from the Commodities Fund.

Through the Baringo County Co-operatives Union, the farmers applied for the loan in June 2015 but they are yet to receive the money. The union brings together 10,000 coffee farmers.

According to the union, the money was meant to facilitate the implementation of revival programmes for the sector, including training, distribution of seedlings to farmers and building their capacity to increase production.

But almost two years later, the funds are yet to reach the union. Instead, Commodities Fund Managing Trustee Nancy Cheruiyot has advised the farmers to reapply for the loan.

"She told us to reapply for the same amount and submit all the necessary documentation because our loan application had lapsed," said Solomon Chesaina, one of the union members.

In a petition to Mr Ruto dated April 4, 2017, the union through Secretary Chirchir Tuitoek wants help to establish what became of the loan, which they claim was already approved.

"We took the initiative to approach the Commodities Fund for assistance as per their mandate. They approved and gave us an offer letter of Sh120 million, which we signed, accepted and gave a bank guarantee in June 2015," reads the petition signed by Mr Tuitoek.

Labtech Africa guaranteed the loan that also offered to provide insurance cover. The firm had been awarded the tender to supply farm inputs and accessories. But still, the farmers could not access the money.

The firm then appealed to the stakeholders to allow unions to use insurance guarantees instead of bank guarantees and to hasten the disbursement of funds.

"Kindly grant the funds to be immediately disbursed to us, the supplier Labtech Africa Limited, whose quotations are already with the funds so that we may immediately supply the farmers' inputs, tools and accessories as per their requirement," the letter dated August 1, 2016, read.

In a desperate move after a 13-month wait for the money, the union further gave out an insurance guarantee in August 2016.

"In addition, with the help of the Ministry of Agriculture, we further give an insurance guarantee in 2016 to cover the loan from CIC Group," the petition to Mr Ruto said, adding that the fund's failure to disburse the money had resulted in coffee farmers giving up on growing the cash crop.

"How can we be advised to reapply for a loan that was approved? If everything was really transparent, then the Commodities Fund would have let us know where we went wrong with the previous application," Mr Chesaina said.

He said the delay had frustrated many farmers in the county.

"We were very positive about being supplied with inputs on time and believed we would benefit greatly from the loan, which we had agreed to pay, but it seems the frustration is becoming too much for us," he said.

Businesses along Outering Road that is under construction are counting losses. Right at their doorsteps are deep trenches.

By Moses Nyamori | 10 minutes ago

By Graham Kajilwa | 31 minutes ago

By Jacinta Mutura | 49 minutes ago