KILIFI, KENYA: Kilifi Governor Amason Kingi has asked the national Government to relinquish the multi-billion Galana-Kulalu irrigation scheme to the county governments of Kilifi and Tana.

Kingi said the national government has been unable to raise food production despite sinking billions onto the scheme that covers 1.7 million acres of land between Kilifi and Tana River counties.

And the governor also argued that agriculture which is the object of the irrigation scheme is a devolved function and questioned why the national government is still holding onto it. He also said that after failing to account for the estimated Sh20 billion sank into the project since 2013 without raising food production, the national government has now shifted blame for starvation in the area to county governments.

Kingi said people in Kilifi are starving despite assurances by President Uhuru Kenyatta that the irrigation project will fight food insecurity in these counties and other regions.

Speaking in Kidutani Mwarakaya ward in Kilifi South Sub-County, Kingi said the National Government is still withholding funds meant for agriculture which is a developed function. The Governor faulted the national government for blaming him for the food shortage in the County while it was not releasing funds meant for the function.

Kingi said while in Ganda ward in Malindi Sub-County President Uhuru Kenyatta and his Deputy William Ruto accompanied by the Cabinet Secretary for Irrigation Eugene Wamalwa told people that the County Government is responsible for lack of water and food.

"It is true agriculture is under the County, but the problem is that Jubilee Government has given me the function but still holding the money meant for it. The Shs7billion which has been pumped in Kulalu –Galana project has not benefited Kilifi and Tana-River," said Kingi.

The Governor said his request three years back to have the County Government implement the project was rejected by the President who said that the muliti-billion project will be done by the National Government.

"I did not object what the President had said on condition that no single time local people will go without food. Things are not going as we agreed and now people are starving due to the severe drought which has hit the Coast region. This is my responsibility and I am asking President Uhuru to give me the project since the National Government has failed," he said.

Joho most popular politician in Mombasa and Coast, pollster

Mombasa Governor Hassan Ali Joho is the favorite to retain his gubernatorial seat by an overwhelming majority if election were held today, according to an opinion poll released in Nairobi. 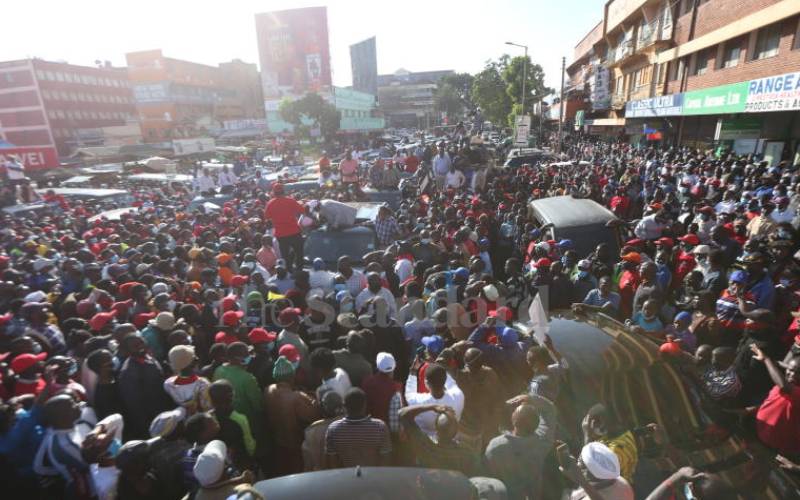 By Lydiah Nyawira | 6 minutes ago

By Kirsten Kanja | 36 minutes ago