Ambrose Michael Ofafa, the man Ofafa Hall was named after, was a multi-talented and suave political operator.

The ownership of Ofafa Hall in Kisumu, built in 1981 by the defunct Luo Union East Africa is in contention. The Luo Union Trustee (Registered) and The Luo Council of Elders claim its ownership.

But what made Ofafa so special that the multi-purpose building in Kisumu’s Kibuye area and Ofafa Jericho, Ofafa Jerusalem and Ofafa Kunguni residential estates in Nairobi’s Eastlands were named after him?

"He introduced the two politicians to Kenyatta in Kisumu at today’s Kenyatta Sports Ground when Kenyatta toured Nyanza," says Osowo.

He says Ofafa took Kenyatta to his rural home in Kalkada, Alego, in early 1949, and the two spent two nights at his grass thatched house.

"He also relished the delicious odhadho fish," she reminisces amid smiles.

Born in 1913 by the shores of River Nzoia to Zakaria Oluta Ofafa and Marcela Onyaka Ofafa, Ofafa was a Nairobi councillor. He was nominated by the Governor together with Tom Mbotela, uncle to veteran broadcaster Leonard Mambo Mbotela (Mbotela Estate is named after him) to represent African views in the council.

Ofafa, first born in a family of nine children, moved with his parents to Rang’ala Catholic Mission across the Nzoia River, where his father studied religion and qualified as a teacher.

Ofafa and his childhood friend, Argwings, had their early education at Rang’ala and later proceeded to St Mary’s School, Yala, another Catholic institution.

On completion of their intermediate school studies, they went to St Mary’s Teacher Training College, Yala (later transferred to Eregi) for a teaching course. They were joined by Mr Norbert Oduor, the father of Prof Peter Wanyande of University of Nairobi.

After graduation, Argwings went to Uganda for further studies as Ofafa settled down for a teaching job at Saint Mary’s School, Yala.

Osowo says Ofafa taught at Yala up to 1938, when he quit to join the East African Railways and Harbours. He first served first as assistant station master in Nairobi. He was promoted two years later to the post of Stationmaster and posted to Kahawa. He was transferred to Lumbwa station (Kipkelion) before he landed a job with the Kenya Postal Services in 1942, rising to the position of postmaster, Kikuyu station in 1944.

Always a man on the move, Ofafa left The East African Standard to become a paymaster for the army at what is today Herufi House, next to police headquarters.

With financial assistance from his younger brother Andrew Waka, who advanced him Sh800, Ofafa left to try his hand in business. He set up a shop at Kariokor market where Mr Elijah Ndegwa, father to former Central Bank Governor Duncan Ndegwa, owned a butchery.

Shortly, Ofafa and Tom Mbotela were nominated by Governor Sir Philip Mitchel to represent African views at the City Council of Nairobi .

At his death, Ofafa was the City Council’s Chairman of Finance, Staff and General Purposes Committee. He was also a member of the trade and plot allocations committee.

On the national front, says Osowo, Ofafa was national treasurer of Kanu’s precursor, the Kenya African Union (KAU), which was formed after Kenyatta returned from Britain. Kenyatta was KAU president.

Osowo says the fallacy that the Mau Mau or the Kikuyu community was to blame for his brother’s killing is a historical error.

Ofafa’s two wives, Leunida Akong’o Ofafa and Susan Apondi Ofafa, who still live at his Alego home in Siaya District, back his argument.

Osowo, a former Chief of West Alego location, says Ofafa passionately called on the Luo not to engage in revenge against the Kikuyu as he lay on his death bed at then King George VI Hospital (now Kenyatta National Hospital) after his November 24, 1953 shooting outside Kaloleni Estate on Doonholm road (now Jogoo road).

Ofafa, who commanded a huge following of the Luo and other communities died on November 26, 1953, two days after the shooting.

Re-living the tragic events of the fateful day Ofafa was shot, Osowo says his elder brother, who owned a retail shop at Kaloleni Estate next to Kaloleni Social Hall, had left at 6pm for home to Ziwani estate in a car hired from a friend. The vehicle developed mechanical problems near the City Stadium.

He came out to push the stalled car when a gunman suddenly shot him from behind, shattering his upper arm, recounts Osowo.

Undaunted by the pain in his broken arm, Ofafa turned and bravely grabbed the gunman, wrestling him to the ground as the gun flew out of his grip. As Ofafa pinned the gunman down, his attacker’s accomplice came out from hiding across the road, picked the gun and shot Ofafa in the neck. The attackers then fled.

After his death, colonial authorities decided to honour Ofafa by naming new residential estates in Eastlands parts of Nairobi, where he lived and died.

His funeral in Kalkada was a major event. It was attended by who was who in the entire western Kenya. The Governor, Sir Evelyn Baring, was represented by Ezekiel Otieno Josiah (father to Lady Justice Joyce Aluoch), then Deputy District Commissioner, Central Nyanza District.

The East African Railways and Harbours that Ofafa had served for several years donated ‘Ofafa funeral train’ to ferry mourners from Nairobi to Kisumu. From there, mourners boarded vehicles donated by all local authorities in Nyanza Province, which in those days included the Western Province.

The spot where Ofafa’s house once stood in an abandoned homestead, gunda, a few metres from his concrete built grave, is today overgrown with grass and shrub. Apart from his mother’s iron roofed house that still stands, the large compound is forlorn and littered with graves.

Next to Ofafa’s grave is that of his father, Zakaria Oluta Ofafa, his mother, Marcella Onyaka and his immediate follower brother, Andrew John Waka who, according to Osowo, was a senior army officer.

He says Major-General Joseph Ndolo, who became Chief of the General Staff after independence, was personal orderly to Waka. "That is the spot where Ofafa and Kenyatta addressed Alego people," says Osowo, pointing to a bushy patch of the sprawling compound.

The Government has warned refugees who engage in crime their days are numbered.Immigration Minister Otieno Kajwang’ said some people were also masquerading as refugees to commit crime. 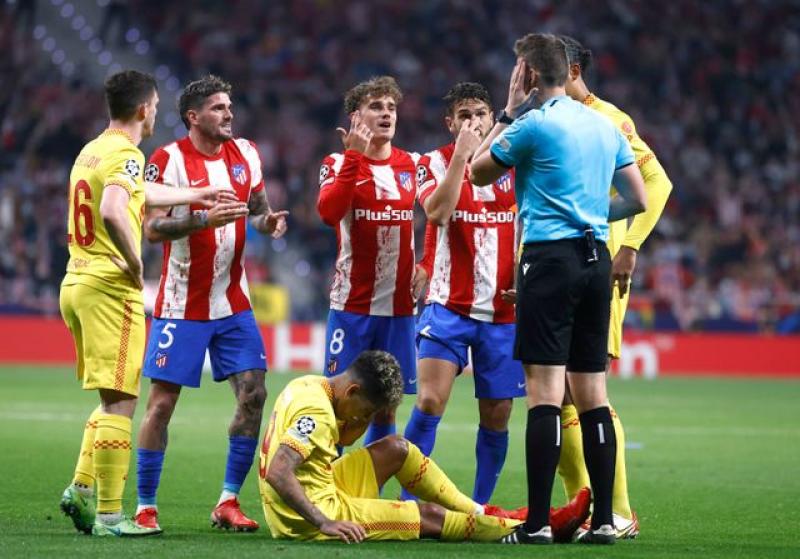 By Eric Abuga | 20 minutes ago

By Fidelis Kabunyi | 20 minutes ago

By Roselyne Obala | 20 minutes ago