The last time Joseph Okoth Okungu wore his British Army uniform was 53 years ago, when he resigned from the colonial military. But for this interview with the Sunday Magazine, Okungu is nostalgically dressed in a neatly pressed khaki military uniform adorned with honorary medals, as he proudly relives his experiences as a colonial soldier.

Following his father’s death in 1940, Okungu dropped out of school at the age of 14. At the time, the Second World War was at its peak and many young men in the country were running away as the colonial government recruited them into the army to fight on the side of the British.

"My elder brother had run away from home to avoid being forced to join the army. I volunteered to be enlisted but the chief and my parents refused," he recalls.

In 1942, Okungu left his Mariwa Wathorego, Kisumu East District, home and made his way to Maseno, 35 kilometres away, trekking through the Nyahera hills. He was in luck. Although he was underage, the commanding officer in charge enrolled Okungu because he met the height requirements.

A fast learner, Okungu was made a team manager not long after he joined.

"I caught the eyes of the European trainers. They decided to invest in me and teach me to train others in Jinja, Uganda," he recalls.

Okungu was selected to join the Infantry Training School in Jinja for a three-month course. The team travelled from Maseno to Jinja on foot.

Officials at the training school recognised Okungu’s excellent abilities as an instructor and he earned the rank of Lance Corporal and the opportunity to train for a further eight months.

When the recruits were deemed ready to fight at the frontline, Okungu was promoted to full corporal and retained to train senior officers. In 1943 he moved to the Combine School of Infantry (CSI) in Nanyuki where he specialised as a physical and battle instructor, preparing soldiers for deployment overseas.

Later on in 1950, Okungu was selected by the British colonial government to accompany the third battalion for operations in Malaysia and Indonesia.

"We were escorted by the Kenya Army band on foot from Nanyuki base to the Nanyuki railway station. We boarded the Nairobi-bound train and arrived safely in Nairobi the following day at noon," he recalls.

The then Nairobi mayor, a Mr Alexander, presented each soldier with a small cake inscribed ‘Kwenda na urudi salama, hakika tumekwenda na tutarudi salama (go and come back safe, surely we have gone and will return safely)’," Okungu remembers.

The soldiers travelled aboard a night train to Kilindini harbour, Mombasa, where they boarded a ship and set sail for the Far East amid much fanfare, the army band playing favourites like Funga Safari.

"From Mombasa we sailed to Beira port in Mozambique to collect soldiers from the first Kings African Riffles (KAR) batallion in Malawi, came back for fresh water from Zanzibar Island and immediately embarked on the two-week voyage to Singapore harbour via Ceylon (now Sri Lanka)."

Okungu says the tough military conditions in the foreign land were a good learning experience.

"There were heavy explosions as we traversed hilly, rocky and flooded terrain in the Far East. With heavy bags laden with canned food, guns and personal belongings on their backs, many soldiers died and others suffered amputated limbs due to landmines, bombing and gun shots," he recalls.

A survivor of a gunshot wound, Okungu says the battlefield was too hostile to allow one to rescue an injured comrade.

"The shot to my left leg left it deformed to date. There is also continuous pain, which does not allow me to walk long distances," he says.

He remembers racist white soldiers who referred to African soldiers as nyama ya risasi (bullet meat).

"But death did not know colour. White and black alike died on the battlefield," he says.

The soldiers cut short the war mission after they were recalled to Kenya to quell the Mau Mau uprising and enforce the state of emergency.

Upon his return to Kenya in 1953, Okungu was promoted to Regimental Sergeant Major (Warrant Officer Class One) and transferred from Nanyuki to Nairobi to be in charge of administrative duties.

In 1955 he resigned from the military after realising he should not be trying to suppress the Mau Mau uprising.

"We were fighting ourselves and I thought it wise to forsake the rifle after fighting in the Great War," he says.

Okungu’s discharge documents, endorsed by senior commandants of the colonial British army, described him as a soldier who rose through ranks following mastery of English, Kiswahili, office management, driving and self-discipline.

"He is absolutely reliable and respected by both Africans and Europeans. I strongly recommend him for any position of trust," Lieutenant Colonel Read recommended.

"In that position, I helped the late Jaramogi Oginga Odinga acquire a house in Jericho Estate and the late Tom Mboya a house in Kaloleni Estate," says Okungu.

He later joined the Ministry of Works as senior security officer, before retiring in 1982.

Okungu, now a farmer in his home village and a bishop with the Holy Ghost Coptic Church of Africa, is optimistic he will one day be laid to rest as an African soldier who witnessed a great war and a priest who loved the God that has taken care of him over the years.

"I am lucky I only sustained an injury to my leg in the war, but I am slowly losing my sight and hearing," he says.

Okungu constructed a Sh3 million six-bedroom house in his rural village, bought seven acres of land and purchased a tipper lorry, a tractor and a car in the early 1970s. But now, age and family problems are burdening him.

"My roofs are leaking and the walls have cracked due to explosions from a nearby stone quarry. The vehicles are off the road due to financial constraints and I have a court case against people who are trying to grab my land," he adds.

Villagers nicknamed him ‘liech gumbo (the elephant moves)’ after his loss in the 1983 local government elections. He contested against his wish after his wives advised him to seek political office, he says as looks towards the setting sun his face bright. Despite life’s challenges, Okungu is a happy man. His legacy will surely live long after he is gone.

An intimate friend for my fiancee?

I met and fell in love with my fiancÈe in college. After college she proceeded to do her masters. She got employed before she could complete her second degree and so I got to spend more time with her. I even asked for a month’s leave from my job so that I would be with her as she reported to her work destination miles away. 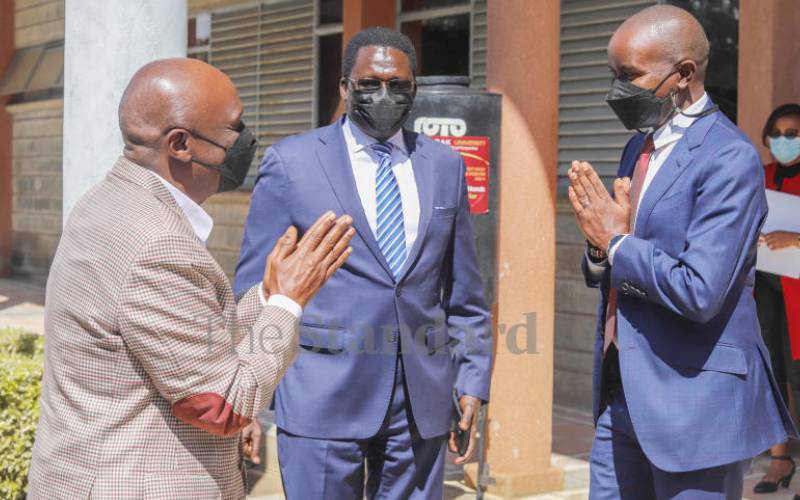 By Caroline Chebet | 29 minutes ago 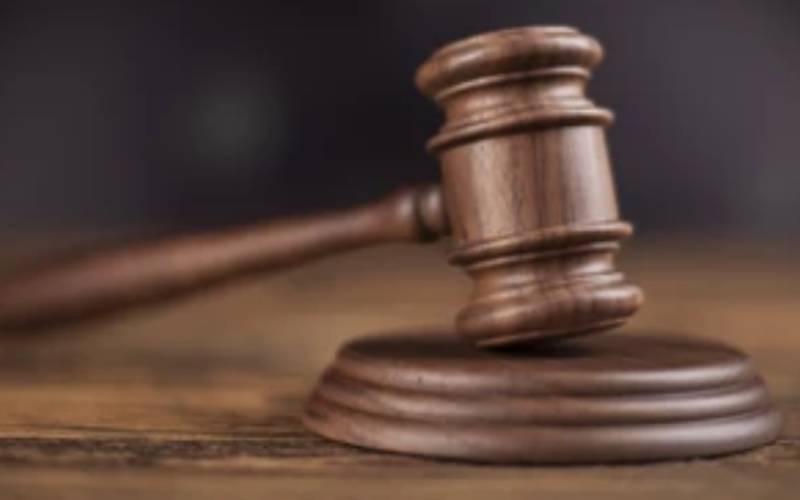