Deputy President William Ruto is scratching his head on how to convince his allies in the populous Mt Kenya region to join the recently unveiled United Democratic Alliance (UDA).

Despite pledging unwavering support for his presidential bid, the leaders who include senators, MPs and MCAs have been coy in joining UDA, with some of them already promoting their individual parties.

Although some of the DP’s lieutenants in the region where he enjoys considerable support have remained silent on the subject, others have come out in the open to declare that their support for Ruto is not pegged on joining UDA, which has closely been associated with him.

Signs that the new political outfit may run into headwinds as it tries to consolidate Ruto’s support base is lack of enthusiasm among his allies in Mt Kenya to stop their monthly contribution to Jubilee party and instead channel the funds to the newly formed Kazi Ni Kazi welfare group, affiliated to UDA.

“Some of the MPs in Rift Valley have written to clerks of National Assembly and Senate about the decision to stop contribution to Jubilee but those in Mt Kenya are reluctant to do so. They want the issue of the party clarified,” said a Central Kenya MP.

The MP said he would only communicate to the clerk of the National Assembly once the welfare group is up and running.

This, according to sources close to the DP, has given him a fresh headache on how to galvanise his support without losing key leaders from the region.

“It is still early to talk about it but this is an issue which is under discussion. Most of these leaders are not willing to join UDA for fear of a repeat of what is happening to Jubilee party. If Ruto had not folded URP in the run-up to 2017, he would not be in the current mess,” said an MP privy to the discussion.

Kindiki has openly declared that although he supports Ruto’s presidential bid, he would not be joining UDA but would deliver his message from a different entity.

Kiunjuri is also on record saying that The Service Party (TSP), which he leads, would not be folding to join another political party saying it would only work with like-minded parties.

And buoyed by the outcome of the Gaturi ward by-election where his People Empowerment Party triumphed, Kuria has gone ahead to field candidates in the forthcoming by-elections saying he was building a national party.

The issue of party allegiance coupled with the onslaught by President Uhuru Kenyatta on Ruto’s allies in the Mt Kenya has given the DP fresh dilemma as he seeks to galvanise the support he currently enjoys.

Kiunjuri has urged both Ruto and ODM leader Raila Odinga to state what they have in store for Mt Kenya region before the region drums up support for their presidential quest.

“These two aspiring leaders must tell us what they have in store for us for supporting their presidential bid in 2022,” Kiunjuri said.

Kiunjuri hopes to use TSP to unite Mt Kenya leaders so that they may have one front for negotiations for the region’s stake in the next government.

Ngirichi, another Ruto ally, has also laid her conditions to Ruto that he must pick a running mate from Mt Kenya region, saying Rift Valley and Mt Kenya regions are enough to propel Ruto to presidency.

“We had our way in 2007 and now we have both Mt Kenya region and the Rift Valley regions and we expect 70 per cent and 98 per cent of votes from the two regions respectively. So Ruto’s running mate must come from Mt Kenya region,” said Ngirichi.

Like Kiunjuri, Ngirichi told Saturday Standard that she is in control of Citizen Convention Party and that her husband Andrew Ngirici is now the party leader.

She said the party seeks to cooperate with UDA to drum up support for Ruto, but it will still field aspirants.

“We have learnt through the hard way on the move to fold political parties to from Jubilee. This party will also negotiate with Ruto and will be in the next government,” she said.

Kuria, on the other hand, registered PEP and started fielding candidates in the mini polls. He too wishes to use the influence of his party to bargain with Ruto for a position in his government before he is ascends to power.

However, MPs Rigathi Gachagua and Kimani Ichungwa differed with their colleagues on establishing a political party in Mt Kenya region, saying most of them will join whichever political vehicle Ruto chooses, noting they are not after positions but bargaining for economic gain of Mt Kenya region.

Ichungwa too dismissed the talk of forming one political party, saying time for ethnic and regional parties were overtaken by events.

“We want one national movement that carries the aspirations of all people of Kenya not vehicles to carry political ambitions of ethnic chiefs,” Ichungwa said. 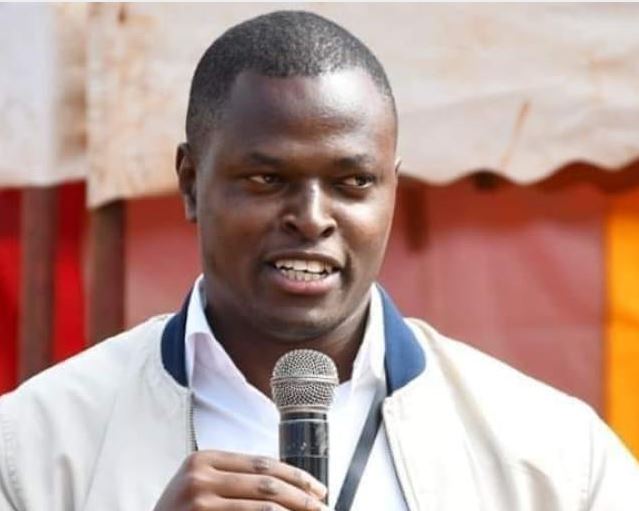 Gachagua defended their actions of withdrawing monthly contributions to Jubilee, saying the party has become moribund with its only active role being disciplining those airing views that are contrary to the wishes of the few.

“The party is dead... It’s only active department is the disciplinary department that punishes those who are close to Dr Ruto. We can’t be paying people to punish us,” Gachagua added.

Kiharu MP Ndindi Nyoro (above) said they are hopeful that the position of the running mate will be from Mt Kenya region but was quick to add that it was the prerogative of Ruto to pick his running mate.

He said their camp is not into positions and negotiating power for individuals but seeks to focus on the economy to uplift ‘Hustlers’ who are mainly from Mt Kenya region.

“We are hopeful that we shall get the DP position since every person pulls a blanket to his side but it is the prerogative of Ruto to choose his deputy and that will not stop us from electing him. We have the president from the Kikuyu Nation and there is nothing he does to us other than scolding us through the radio stations on how money is being stolen. The hustler nation is ready to break the chains of tribal kingpins,” said Nyoro.

A section of leaders allied to Ruto too feel shortchanged after UDA failed to include a leader from Mt Kenya region while others are opposed to Kuria’s PEP party and his charm offensive mission to meet Mt Kenya MCAs to drum up support for Ruto.

Kindiki said he was part of Mt Kenya leadership that has vowed not to repeat the mistake of joining one political party like they did in 2017.

“After working for President Uhuru for so many years, investing the prime of my youth, my intellect and my skills with a lot of loyalty, he invited ODM leaders to lecture me. Once beaten twice shy. This time round we have learnt a lesson. Although we have a candidate Ruto, but on political party, we will not repeat the mistake we did in 2017. He must allow us to plan ourselves through our own party which we shall use to support him,” Kithure added.

It remains unclear Ruto’s strategy to unite his house and whether other regions will back him should he pick his running mate from Mt Kenya region given the rotational presidency talk initiated by Uhuru and seconded by Raila and ANC’s Musalia Mudavadi.

Meanwhile, Ruto yesterday said he expects President Kenyatta and Raila to support him in 2022 General Election just as he previously supported them.

Ruto said he played a major role for President Kenyatta to be where he is and also for Raila who was a Prime Minister during the retired President Mwai Kibaki regime.

He was speaking at Ngong Stadium in Kajiado County where he presided over the empowerment of more than 25 women groups.

‘’Kenyans can remember very well how I helped Raila to cinch the Prime Minister position during the Kibaki regime. I did the same twice to Uhuru Kenyatta. Why is it that now I’m being called names? posed the Deputy President.

By Kevin Ogutu and Kevine Omollo | 1 hour ago