Nyagah set me straight on who called the shots

Encounters with some people can change the way you see life. That is what Joseph William Nthiga Nyagah did for me.

He pumped into my head the Orwellian ethics of social hierarchy. He also introduced Uhuru Kenyatta to our high school shortly before President Daniel Moi endorsed him as his preferred successor.

That is why I am convinced Nyagah knew about this plan long before it happened. That could be the reason he moved around with the younger ‘Jayden’– Hebrew for ‘thankful one’.

As my MP in Gachoka constituency (now Mbeere South), Nyagah was spoken of in hushed tones. I always prayed and hoped that I would meet him one day and tell him about my school fees problems.

Although he was rarely around, he was omnipresent in our locality—a place called Makima in the southern part of Embu.

Nyagah would organise night meetings with those who were loyal to him. Sometimes he would meet in the individuals’ homes. But when he believed the subject of discussion was too sensitive, and feared some of the hosts’ family members would eavesdrop and leak the information, he met in the thickets.

His kunda ngutume (which in Mbeere and Kamba means persons whose loyalty is bought by alcohol) were the chief beneficiaries. Their children, who were well known in local schools, received bursaries from the MP’s kitty. This way, anyone who wanted such spoils had a choice to join the winning side, and a majority did.

Nyagah was feared and loved equally in the southern part of his constituency, which is predominantly Kamba. The area was truncated from Machakos in 1994 when Moi created Mbeere District — probably at the request of the powerful Nyagah family — to create a section for the Mbeere people. The other chunk was hived off Embu District.

But apart from politics, residents of that cosmopolitan part of Mbeere have lived harmoniously; we speak Kikuyu, Kimbeere, Kiembu, Kimeru and Kikamba and have intermarried widely.

The region was generally unlit and there was no rural electrification until 2014. Those in Riakanau, Karaba and Gategi were better off as they bordered Kirinyaga and got electricity much earlier.

Away from primary school textbooks, I first ‘saw’ electricity when I went to high school. This was despite the fact that electric cables stringed over our homes from Masinga Dam towards Embu town, about 42 kilometres away.

But things changed after Mutava Musyimi beat Nyagah in 2007. The electrification of villages that had long been in darkness started. 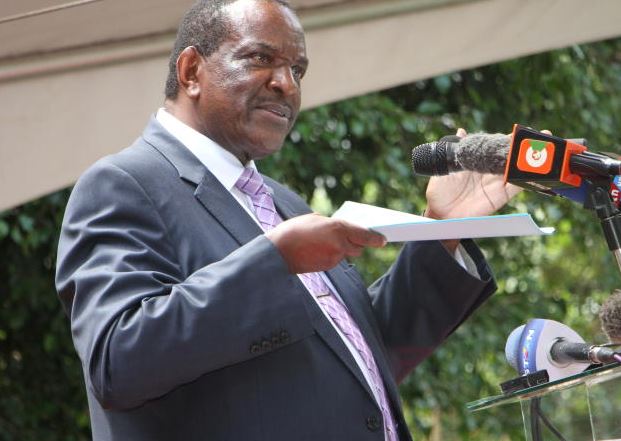 I met Nyagah (pictured) when I was in secondary school and later when I was a Second Year university student. I had become close to him during campaigns when he would visit before speeding away for fear of hostile residents.

In 2002, he visited our school, Nyangwa Boys Secondary in Mbeere South. He came with President Uhuru Kenyatta, who was by then new on the political scene.

Kenyatta was little known to the students but his name sounded legendary. We had never seen him on TV and so most of us expected a grey-haired man only to be confronted by a man younger than our MP—a man who could not even speak Kiswahili fluently! But that’s a different story.

After singing and dancing for the duo, as our drama teacher had coached us for days, the guests donated some TV-like gadgets that we later learnt were called computers. That was in October, during Third Term. Shortly after, Kenyatta hit the media headlines after Moi endorsed him as his successor and presidential candidate—a move that angered Raila Odinga, among others.

Fast-forward to 2006. I was among university students meeting with our MP at a place called Kiritiri — today’s headquarters for Mbeere South. We had requested to meet him so that we could voice our grievances.

Nyagah was a busy man but he found time for us, probably because elections were near and his opponents were ready to reach out.

As the de-facto students’ secretary-general in the constituency, I presented our grievances. I had the floor. I spoke with that Karl Marx stance that many dream of. I shouted ‘comrade power!’ and punched the air. 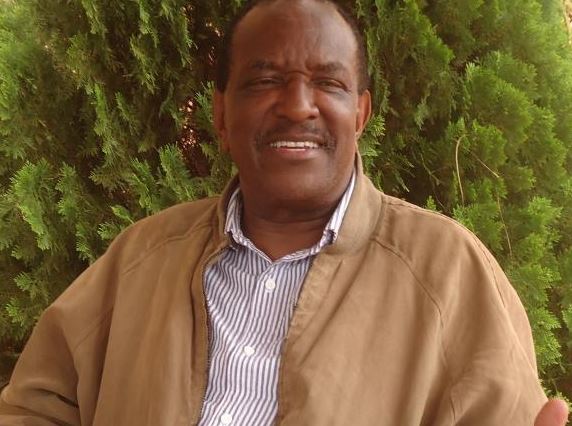 I told Nyagah (above) that the bursary allocation was not done fairly and we needed an explanation. Failing this, I warned him that he should forget setting foot in Parliament again. I threw around some quotes that I had crammed from my overnight reading of revolutionaries such as Mahatma Gandhi and Martin Luther King Jr.

Needless to say, I was given a standing ovation by my fellow students. But Nyagah remained silent, composed and confident, occasionally sipping his soda. He seemed unconcerned as if I was addressing a different person.

When it was his time to speak, he stood up, cleared his throat and delivered his statement. He then turned to me and asked me one question that I will never forget for the rest of my life.

“Michael Ndonye, you said you are studying economics and philosophy at Egerton University?”

He replied: “That is very good, young man.”

He continued: “I, Joseph Nthiga Nyagah, I’m an Alliance and the University of Nairobi alumni, and graduate of Harvard-equivalent ranking university. I have many years of experience in leadership and an age-mate of your father, probably. Do you think we are equals?”

Nyagah then broke into laughter. It was not sarcastic but I had mixed reactions. I was relieved that everybody laughed at me. I laughed, too, and said, “no, mheshimiwa”.

He hugged me and the meeting ended. No discussions on the bursary, no promises. Nothing.

Nyagah was charismatic and that helped him fend off criticism. When constituents complained about a feeder road that needed repairs, he would tell his personal assistant to write down the complaint and remind him to present a motion on the matter in Parliament.

Such statements were reciprocated with standing ovations and ululations.

A hero has fallen. Rest in peace, Joe Nyagah.

- Dr Ndonye is a political economist of media and communication

Smiling politician who lived up to his family’s big name

Holders Arsenal knocked out of FA Cup at Southampton