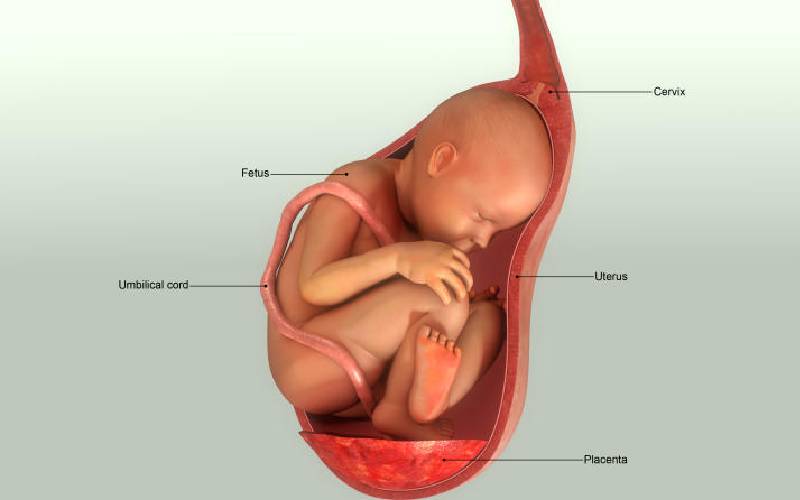 Immediately after birth, it was rather obvious to the doctors that something was wrong with baby Furaha. One side of the newborn’s body was slightly larger than the other- a condition known as hemihypertrophy. And she had an abnormally big head.

Baby Furaha was born via an emergency caesarean section, after the doctors discovered that the baby was in distress and would probably not endure a natural birth. This surprised Pamela Mandi* as the pregnancy had been without a hitch.

After some consultations, the doctors diagnosed Furaha with megalencephaly capillary malformation (MCAP), a condition characterised by an overgrowth of the brain. MCAP is caused by a diseased form of a particular gene, the PIK3CA gene. Simply put, this gene gives instructions that affect functions in the cells such as growth, death, and multiplication. Where the gene is working properly, there is a natural mechanism in a cell that turns off when the cell reaches a certain size. However, in an MCAP patient, this does not happen. The cells aren’t able to stop growing and this causes the affected body area to enlarge. This is why the condition can be detected at birth by just observation.

“M-CAP is a rare disorder in which one side of the body grows more than the other due to an excess production of cells, causing asymmetry,” explains Dr Catherine Mutinda, a paediatrician.

This syndrome presents a combination of different symptoms that are pieced together with detailed genetic testing to come up with the M-CAP diagnosis.

“For my daughter, they got a few symptoms at birth but that was it. With no local genetic testing at the time, there was no way we could get the full diagnosis,” Pamela says.

Dr Mutinda says that to detect this condition, paediatricians will often look out for the size of the head.

“This can be picked by the measurement of the baby’s head circumference, followed by imaging of the brain by MRI or CT scan. Seizures/convulsions in Furaha’ specific case may be presenting symptoms. Depending on the tissue in which the pathological gene is found, symptoms follow,” she explained.

Additionally, children diagnosed with MCAP and are below age eight, are prone to neuroblastoma. Neuroblastoma is a type of cancer that arises in some nerve tissues and most commonly arises in and around the adrenal glands, which have similar origins as nerve cells and sits atop the kidneys.

“Because of this, we had to take Furaha to get kidney ultrasounds every six months to just ensure that everything was functioning as it should,” says Pamela.

Back home, Furaha had developed other symptoms that the doctors had said would arise due to her condition. She had some growth abnormalities that subsequently caused a delay in achieving her milestones.

“At birth, some of the obvious symptoms were that Furaha had a bigger than normal head. Also her legs were not the same length. Her skin had these discoloured skin lesions that the doctors called port wine stains and she also had an extra finger on her right hand.”

The extra finger was removed just after birth, while the accumulation of the cerebrospinal fluid in her head (hydrocephalus) was treated when she was just four-months-old. But the emerging symptoms were not quite so easy to handle.

And this kicked off a journey that set them knocking down doors seeking help from various health specialists.

“We have had to seek treatment from neurosurgeons, ophthalmologists, paediatricians, orthopedics, dermatologists, nephrologists and a dentist/maxillofacial surgeon. We are currently being seen by a neurologist,” says Pamela.

Given that each child’s manifestation is different, depending on where the faulty gene is present, there is no hard and fast rule to managing MCAP. The syndrome is managed depending on the symptoms that come up.

“The lead specialist overseeing any occurring symptoms is a neurologist who ensures she is at par with her health.”

Furaha is now 13 years-old and thankfully is hitting all her milestones.

Depending on what has been affected, children with this condition can eventually become independent.

“She can walk and talk, but still has an intellectual disability due to the build-up of fluids within the brain, a condition called hydrocephalus,” says Pamela.

Dealing with rare conditions is difficult for any parent. And Pamela has found support in forums like Rare Disorders Kenya (@RareDiseaseKE), a local support group.

“What I would tell a parent going through conditions like these is that as hard as the journey may seem, they are not alone and given that it is a rare condition, they should seek support from local and international support groups,” she says.