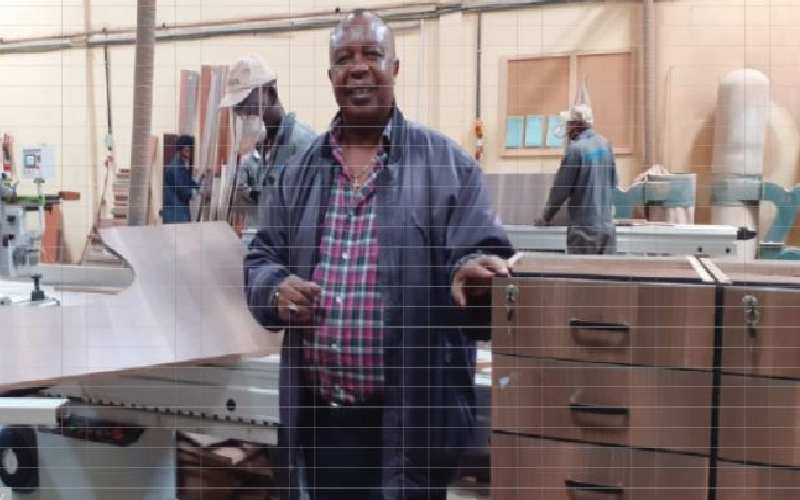 When coronavirus hit these shores, everything appeared to go south for Bucon Furnitures Ltd, a local firm specialising in the manufacture of office furniture.

Orders worth millions of shillings were either cancelled or put on hold. This could not have happened at a worse time since the company had just expanded its operations through the acquisition of more factory space and purchase of a Sh30 million new state-of-the-art machinery. There were loans to service and rents and salaries to pay.

According to DK Munene, the proprietor of the firm, a lot more cash was tied up in the purchase of raw materials to service the now cancelled orders.

“By end of March, our machines had literally gone silent which is a worrying scenario for a factory that is ever in production,” said Munene during the interview at the factory located in Nairobi’s Industrial Area.

He pleaded, but in vain, with those whose orders were put on hold.

“I persuaded them to allow the production of their orders to continue but none wanted to commit citing the unpredictable business environment in view of the pandemic.”

But as he went round the factory alone shortly before six o’clock, he felt disturbed at the thought of sending his workers home.

As he took his packed breakfast, he came up with the idea of turning to home office furniture targeting the obvious high number of people working away from their offices due to Covid-19. This provided the much-needed turning point.

“I still held the staff meeting scheduled for 9am only that the agenda had changed. It was now a strategy meeting on how we were going to make furniture to meet the needs and expectations of those working from their houses,” said Munene in.

Factory coming back to life again

The client who had disappointed Munene when he talked about the closure of branches referred him to a few senior managers who would be working from home. This is how the initial orders were realised. The machines were switched on and the factory came back to life, again!

Munene is of the view that during this crisis triggered by Coronavirus pandemic, employers should become more creative to keep businesses afloat if only for the plight of their workers and their families.

“The Government should continue encouraging its agencies to always buy locally manufactured furniture because this way we create and sustain jobs for our ever hardworking workforce,” he said.

The 62-year-old businessman says he occasionally travels to China, Malaysia, Italy and other countries to benchmark, adding the machinery he has invested in is the same one used in those countries.

“We are committed to our motto ‘Jenga Kenya tupate ajira (build Kenya to create jobs)’ which is basically a plea to consumers to always support us through buying locally manufactured furniture,” said Mr Munene.

The report comes barely three months after the US Trafficking in Persons Report 2020, placed Kenya in the list of countries with the worst cases