I smuggled guns to feed my little sisters 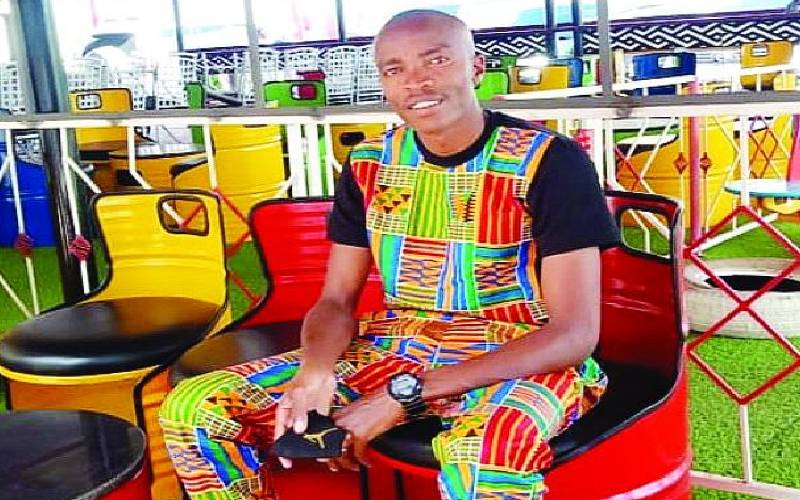 As a schoolboy, WALLACE WAWERU moved guns in the sprawling slums of Kawangware. He shares with KELVIN KAMAU how pain, merciless relatives and his mother’s death pushed him to the brink

I was born in Kangemi, the firstborn in a family of four. Our relatives often mistreated and called us children of a prostitute.

Why did they mistreat you?

I never understood why they hated my mother that much, to the extent of treating her like an alien. It was difficult to witness how they despised her. When I got to Class Seven, I was forced to drop out of school for a while due to lack of fees. Since my mother had no job, I used to go to neighbouring Lavington to look for leftovers for food. I would knock on people’s gates, beg for leftovers and take them home. My mother was very sick at the time and I was solely the breadwinner because there was no one else to care for us.

Did your mother recover?

Unfortunately no. When I joined high school in 2005, she passed away. My grandmother turned against us and often insulted us. She was ruthless and denied us food. Being the firstborn, I had to go to great lengths so that my sisters could get something to eat. I would supply wood on a wheelbarrow to people in the neighbourhood for paltry wages. We survived on one meal a day. The stress took a toll on my health and drove me to depression.

How did you cope with all these challenges?

It was difficult. One day, during my daily hustles in town, I witnessed a friend being harassed by some people at Uhuru Park. After inquiring, I learnt that he was a pickpocket. He asked me to keep it a secret, and in return, he would give me money and phones. After some time, he told me that he wanted me to run some errands for him in Kawangware and I agreed. I was willing to do anything as long as my sisters didn’t sleep hungry.

What were the errands?

It was not very clear at first. He would give me a bag with instructions to take it to a certain street shoe shiner.

At what point did you discover what you were ferrying?

There was a day I became curious and decided to peek inside the bag. I was shocked when I saw three pistols. Nobody would have suspected me because I used to wear a school uniform. He would give me Sh1,000 per errand and soon we became like blood brothers. Knowing he had a gun made me feel secure that nobody would dare touch me. We were in high school at the time and our trade was flourishing.

Weren’t you afraid of getting caught?

I was afraid that things could backfire with me ending in jail, but I still went on with the job. However, one day, I found out he had carried weapons for hire under his shoes. That’s when I realised it was a dangerous path I had taken.

Not immediately. Things took a different turn when three people came to our school looking for my friend. He had stolen a phone and nearly got jailed. Afterwards, he was involved in another crime and this time he was jailed for years.

That was when I quit. After high school, I started collecting garbage but prayed to God to give me a decent job so that I could not become desperate and end up in crime. It pained me to hear my relatives call me a thief, but I never gave up. I was doing it because I wanted to cater for my sisters, not because I was a criminal.

Did you finally succeed?

I tarmacked for a job for many years until I was finally recruited into the Kenya Defence Force in 2014. I knelt on the road and cried tears of happiness. After completing my training, I vowed to shower love on those who had been persecuting me and my sisters. I renovated my grandmother’s house and bought her new furniture to show her that there is a God in heaven.

How about your sisters?

I supported them as best as I could and today they are all grown and working after graduating from university. One of them is working in Nigeria. Whenever I see them, I feel good because God has really been kind to us after many years of condemnation. I’m a soldier, family man and a businessman. I have also invested in real estate.

Have you forgiven your grandmother and relatives?

I bear no grudge against them; they did what they thought right. Today, all those who were mistreating us call us for help whenever they are in a fix. My grandmother regrets it, but who am I to judge her?

What lessons have you learned from your difficult experience?

No one should ever lose hope in life. If I had let desperation get the best of me, I would have become an armed gangster and probably dead today.

Previous article
Faith eyes world record in Brussels
Next article
The red corner: Why boxers are miserable in retirement