Abused as a child, I help human trafficking victims 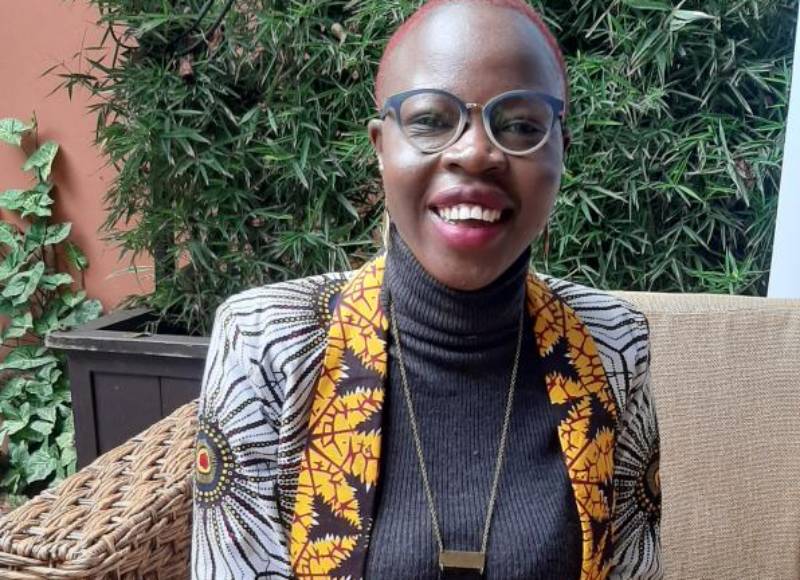 Sophie Otiende says a traumatic experience in her childhood left her scarred. “When I was 13, a relative, instead of taking me to school, kept me in his house for a year where I was physically and sexually abused almost every day,” she says.

It is this experience, Sophie says, that ignited a passion in her to look out for others. “This awful ordeal sprout a spark of passion in me to fight for the justice of victims in children trafficking and human trafficking,” Sophie says.

Sophie grew up in Nairobi with her father being the breadwinner of the family, but he lost his job just around the time she was meant to attend high school. The parents found her a school in Kakamega, and her father sold most of his belongings to take her to school, and found a relative she could stay with.

But Sophie says her story is not unique, some relatives purporting to offer shelter, food and clothes end up being abusers or child traffickers; it is just not reported as often as it happens. She has sought help professionally and a lot of support from her nuclear family and friends once they learnt of what had happened to her.

Why the president should not assent to narcotics control Bill

Blame sexism, not alcohol, for violence against women

“Trauma can be likened to a situation where someone cuts or hits your leg causing you to have a limp, you can recover but one has to learn how to walk and live with the limp, and continues seeking help,” says Sophie.

Sophie serves as a Board Member and Advisor at Awareness Against Human Trafficking (HAART), having joined the organisation in 2014. Here, she helped set up the protection department that deals exclusively with victims. She coordinated support and worked with police to assist vitamins of trafficking.

“One of the highlights in the department we actively worked in was the setting up of a shelter in 2016 for the victims of human trafficking”, says Sophie.

Sophie has won an accolades from the US State Department as one of the Heroes doing great work to fight human trafficking. She is the first Kenyan to receive this prestigious award.

Sophie says they have majorly taken care of people between the age of 12 to 25 years.

“In my opinion, abuse stems from the selfish feeling that other people are inferior or not deserving of the same things in life as you,” she says.

“Over 50 per cent of survivors had rebuilt their lives. Some had started businesses while others had been employed. The survivors have now reached out to us for support due to the Covid-19 pandemic impact on their jobs and businesses,” said Radoslaw Malinowski, HAART Kenya CEO.

Further, the report said that there are indications that the pandemic will have a huge impact not only on the victims of human trafficking who are currently stranded in other countries but also on survivors. This is likely to lead to risky and exploitative employment.

By Lydiah Nyawira | 10 months ago

By Miriam Mukami | 10 months ago

By Bethuel Oduo | 10 months ago