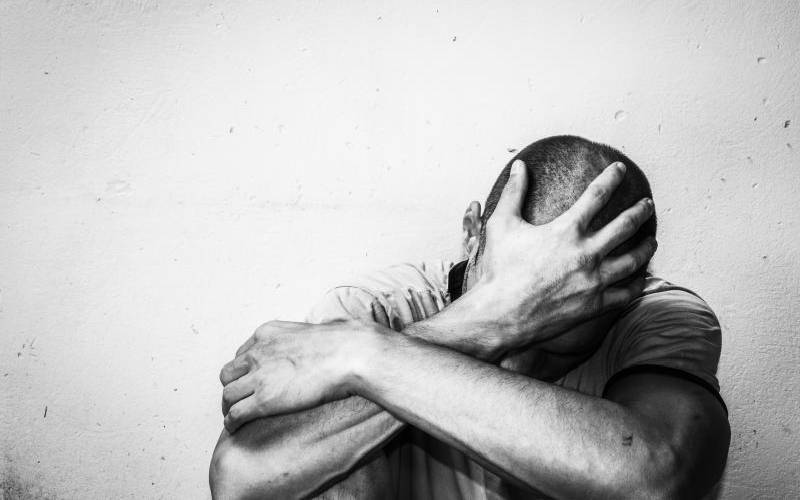 When my former colleague Peter learnt that his wife Annie of 10 years was pregnant for the third time, he wasn’t very happy about it. He was especially worried about the additional financial strain on the family’s resources with the new baby. But over the next nine months, he slowly came to terms with it, only for him to blow up when the baby was only two months old. He took to drinking and emotional abuse; so bad that Annie bundled up her three children and moved out.

To listen to Peter, he says the insomnia wrought by the baby broke him. What he doesn’t know is that he may have been experiencing the classic case of Paternal Post-Partum Depression (PPPD). The Journal Diagnostic and Statistical Manual of Mental Disorders describes post-partum depression (PPD) as a major depressive episode during pregnancy or within four weeks after birth. It is common among mothers. But consistently, studies have shown that postpartum depression is also rife among men, only that it is often overlooked. In one of his published articles, psychiatrist Dr Frank Njenga asserts that despite the paternal PPD being not as common as the maternal one, it is just as real.

“Occurring in approximately one in 10 new fathers, PPD has subtle differences in onset and manifestation between fawwthers and mothers,” says Samoina Wangui, a certified perinatal mental health advocate and Kenyan coordinator for Postpartum Support International (PSI).

Unlike the maternal PPD that may begin as soon as a baby is born, the paternal PPD develops gradually in the first year of a baby’s life. Also, unlike mothers, dads suffering from PPD may not cry or show frustration. Instead, they become irritable, impulsive and even violent.

“Struggling mums will cry, have all these intrusive thoughts and withdraw from their social circles; but in men the depression is often masked in highly risky behaviours which often go unrecognised,” says Samoina.

“You will find a new dad who was very supportive throughout the pregnancy suddenly turning into an excessive drinker who buries himself in work after the paternity leave is over.”

Research backs this by indicating that depressed dads are more likely to turn to substance abuse, addictive behaviour, domestic violence and some even discourage their partners from breastfeeding.

The demands and new responsibilities all through pregnancy and way after the baby arrives causes major changes in the lives of the parents. A father may have difficulties in bonding with the baby, feel excluded over the mother-baby bonding and worry over financial and work related stress. Furthermore, the father may also not cope well with changes in marital relationship as their partner may take longer than the six weeks to regain sexual intimacy.

“These changes can be overwhelming, and the pressure to provide for the family can lead to depression, which dictates the behaviour changes. Many will start drinking, gambling and having extra marital affairs, ” says Samoina.

Also, the society expects the man to be stoic and responsible in this phase of his life, and won’t see the seemingly obvious connection between the birth of a child and the onset of risky behaviour.

·         Instances where the man’s partner is going through PPD herself. In fact, research shows that this is a great predictor for daddy’s mental health

·         Strained relationships, especially with the mother of the baby

A study published in the Innovations in Clinical Neuroscience journal show that men undergo hormonal changes when their partners are expectant and even several months after the baby is born. These studies link the decreased testosterone levels and increased oestrogen during this period as responsible for making the father more sympathetic. It is nature’s way of forming a strong father-child bond. Increasing levels of vasopressin and prolactin are also associated with increased father’s attachment to the baby. This hormonal fluctuation in men unfortunately predisposes them to depression.

How to help a sad dad

Just like any other mental condition, affected dads can unknowingly cause harm to themselves, their partners and the baby. PPPD is a treatable condition. Recognising and treating PPPD can prevent the adverse consequences associated with it and improve the quality of life in the overall family unit. Research shows that antidepressant therapy or psychotherapy can be effective in treating PPPD.

“Since men are seen as stoic, strong and not meant to show signs of weakness, it becomes hard for them to admit that they need help. This socialisation feeds into the stigma associated with paternal Postpartum Depression, yet it is important seeing that one in 10 new fathers will get PPPD,” notes Samoina.

The true cost of Covid-19

They are admitted into the hospital, where they are put under intensive care for several days, or weeks.