I fell in love with a devil worshiper 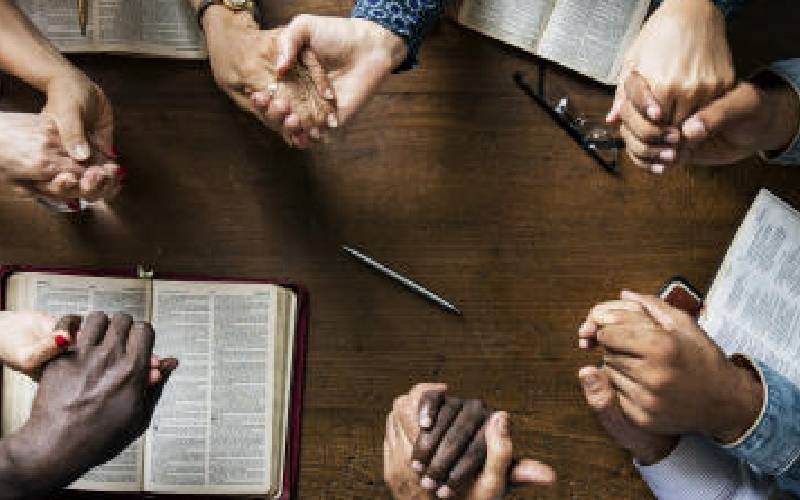 I was born in Siaya County in a family of six. I completed my primary and secondary school education and later trained as a security officer. After graduation, I managed to secure a job at a nightclub in Nakuru. I was paid well and life was very good. I felt like I had achieved my long-term dreams because everything was going smoothly. But little did I know that things would take a sudden downturn for the worse.

You see, the club was popular and always full of beauties. The gorgeous girls made my life exciting and on many occasions, they would drool over me, even though I was just a bouncer.

So, one night, while on duty at the club, a patron came in. He began harassing the ladies there and I soon got into a fist fight with him. The fight turned ugly and he threatened to stab me with a knife. What I didn’t know was that during the scuffle, one lady fell for me.

She was impressed by how I had defended them and became attracted to me. We became so close and with time, I also developed strong feelings for her. She told me that she lived alone in an apartment in the city and that made me even more fascinated because I could smell my big breakthrough.

I was young and naïve, and in my mind, she was my destiny connector. She was young, classy and I counted myself lucky. To me, this was a golden chance to improve my life.

How did your relationship progress?

The lady offered me a job in Nairobi and I quit my security job without a second thought. We took her car and travelled to the city, ending up in her apartment. After spending a few nights with her, she promised me great things, including land that she would purchase for me.

How was your new life in the city?

It was really comfortable. My now girlfriend spent most of her time watching movies, travelling and shopping.

Did you ever question her source of wealth?

At first I did not. But with time, I began noticing some strange things. For instance, she used to cook fresh meat every day for her pet, which was a big cat. I found this odd. She would also lock herself in one of the rooms, warning me not to disturb her.

That room was special and only she could enter it. I never knew what she was doing there. One day, as I was unwinding in the living room, I heard her phone ringing in the bedroom. I decided to pick the call because she was not around.

To my surprise, when I got into her room, I was shocked to see piles of money. I felt restless an confused. This is when I began to smell a rat. I had heard stories of devil worshippers and their lifestyles, and this was a red flag for me.

I think she sensed my restlessness and decided to rent me a place and furnish it. I didn’t understand why she suddenly wanted us to live separately. One day, she visited me and insisted on spending the night. The following day, I received a distress phone call from the caretaker saying that my house was on fire.  All my belongings had been reduced to ashes in the inferno.

What did you do after this misfortune?

With no place to stay, I went back to live in her house. I began suffering from strange illnesses as soon as I got there. She did not offer much help and actually seemed to be enjoying my slow death. That is when I flashed back on our relationship and my worst fears were confirmed.

It dawned on me that she was a devil worshipper and was actually planning to offer me as a sacrifice. I also found out that her wealth was not genuine. Unfortunately, I had been too blinded by money and quick riches to see her evil agenda.

How did you escape from this trap?

By a stroke of luck, my sister came to visit me. We used to pray a lot together and I believe that the evil woman realised her plans were hitting a dead end. After recovering, I escaped from her house and joined the street families at the Dandora dumpsite. I started collecting and selling plastic waste to buy food.

One day, while roaming the streets with my sack of plastics, I found some boys playing football and joined them.

Their coach, who was a European, took interest in me, having noted that I was good footballer. He took me to a children’s home where I stayed until I recovered. I then ventured out and I am now pursuing a career in music.

What lessons have you learned from your experience?

I have learned that shortcuts lead to trouble and I that I should not always depend on other people for success.