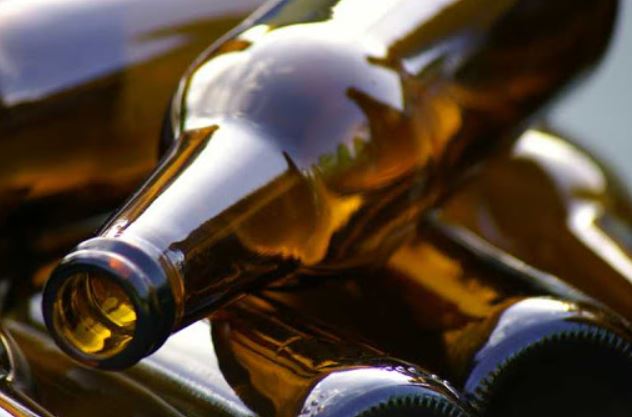 Praises of a craftsman are sung on the finesse of their final product.

This holds even for bottle makers. For ages, sand, soda ash and limestone are liquefied at 2,800 degrees and then molten lumps are poured into molds and shaped.

They are then tested for strength and filled with alcohol for revellers to enjoy.

And as marketers will tell you, the choice of one’s "poison" is sometimes driven by the beauty of the bottle more than the potency of its contents or the price.

Those who are old enough will recall the popularity of Tusker and Guinness madiaba, an acclamation that likened the bottles of the two famous brands to a woman’s well-endowed behind. This goes to show the power of the bottle in the alcoholic beverages industry.

It is probably armed with this knowledge that beer makers in the country have been drawn into a protracted battle over who owns the bottles that hold their different brands.

On the one hand, East Africa Breweries Ltd (EABL) and Kenya Wines Agencies Ltd (KWAL) assert that their bottles are indeed synonymous with their brands and cannot be used to sell any other products.

But Keroche Breweries and Mount Kenya Breweries are of the view that no one should lay claim to the bottles as this is the practice globally.

The Euro Bottle was majorly used all over the world in the 1980s, but some brewers chose to keep it. It is the traditional kind of stubby bottle. It has a short neck and broad shoulders.

As the word suggests, the longneck is simply a bottle with a long neck, but it is slimmer on the body than the Euro Bottle. Most brewers choose brown bottles because they let in the least amount of ultraviolet light, which negatively affects the alpha acid in alcoholic drinks, with some preferring the green colour.

The shape and colour seem to be the source of the problem for local brewers.

In the EABL and Keroche case, the contention is whether the Euro bottles, which are engraved by EABL should be exclusively used for its products or should be open to the market.

Keroche, on the other hand, argues the bottles are universal and thus EABL cannot lay claim to them, and that the case by the brewer is a scheme meant to lock it from the beer industry, which the latter dominates in Kenya and the East Africa region.

For its part, EABL claims Keroche is using EABL branded bottles to package its Summit Lager and Vienna Ice Vodka drinks, but the Naivasha-based beer maker insists the claim to the bottle is a ploy to maintain a grip on the market.

In its response, Keroche claims EABL does not have any intellectual right to the brown beer bottles.

Keroche asserts that many beer manufacturers use brown bottles in question worldwide. Indeed, those universal bottles are colloquially known in the market as “Euro Bottles.”

“...use of the brown beer bottles assumed usage long before the plaintiff started using them and thus the plaintiff cannot claim any novelty of the unique attributes of the bottles peculiar to them,” argues Keroche in court papers in the case. “Thus purporting to inscribe the alleged trademark on the universal bottle, the plaintiffs (EABL) carefully set the stage for engaging in future restrictive trade practices as they re doing now. All these were premeditated.”

Keroche claims that this is a wider scheme to engage in restrictive trading.

The beer maker (Keroche) further claims that its rival was the cause of the collapse of the Thika-based Castle Brewing Kenya Ltd that was eventually taken over by EABL.

"It is in public knowledge that the defendants have previously used their dominant position and the State organs to unlawfully drive out competition and Keroche is not the first one. The case at this point is driving out Castle Brewing Kenya Ltd, which was edged out of the market in four short years by the use of restrictive practices and creation of deliberate market entry barriers and predatory practices,” the court papers read.

EABL moved to court claiming that the use of the contested beer bottles would create confusion in the market as some of Keroche’s products are sold in bottles which allegedly belong to it.

"The respondent’s unauthorised use of the EABL trademark is exposing the plaintiff (EABL) to great risk of damage of their brand since they have no control over the products manufactured by Keroche that are sold in bottles that prominently display the EABL trademark,” says EABL in court papers.

"On October 1, 2015, we visited an EABL depot in Kerugoya town. Sixty-five bottles out of the 500 bottles belonged to Keroche Breweries. We also randomly selected two crates of beer. Only 16 out of the 50 EABL beverages were found to have the embossment in dispute."

The regional brewer further claims that Keroche’s alleged use of the bottles is against the law and wants it stopped.

Meanwhile, KWAL and Mt Kenya Breweries are at odds over the use of the bottle in which they sell Kibao Vodka and Sparkler Vodka respectively.

In the case, KWAL argues that Kibao and Sparkler are in the same class, and it had patented its Kibao Vodka bottles, but the rival firm has been collecting and reusing them to package its Sparkler Vodka.

According to KWAL, this is an infringement of its patent.

"The two bottles have striking resemblance and on the face of it appear identical in shape and configuration,” argues KWAL.

In response, Mt Kenya Breweries argues that the bottles it uses to market Sparkler are different from that of Kibao Vodka.

The firm through Gordon Wilfred Mutugi argues that it sources its bottles from Milly Glass Works Ltd and Pragati Glass Gulf, and they are not engraved with KWAL’s "finest quality" slogan.

Mr Mutugi recently told the Industrial Properties Tribunal that Mt Kenya Breweries does not use KWAL’s bottles and that those in the market are counterfeits.

He further argued that the fight before the tribunal stems from employment differences, having previously worked for KWAL.

What next for Joho after ODM loss in Msambweni?