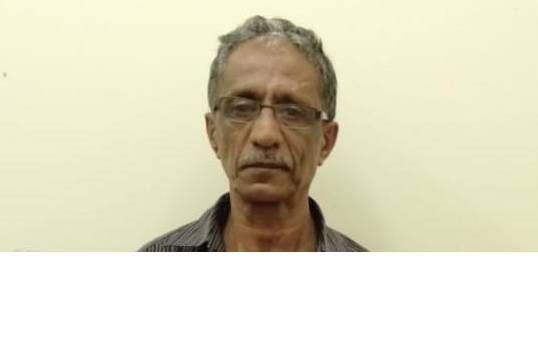 Mohamed Mansur, alias Surur, a suspected drug and wildlife trophy trafficker arrested yesterday, was living large in Mombasa where he has invested heavily.

Mansur (pictured above) had settled in the coastal city after moving from Moyale in Marsabit County.

It is not clear when he moved from Moyale, but those who know him say the 60-year-old father of one lived in Mombasa’s Ziwani area in Tudor.

Fatal error that got ivory king on the run arrested

High-profile poaching suspect to be tried in US

Kenyan man wanted for wildlife crimes charged in US court

He is one of two Kenyans wanted in the US to face charges of conspiracy to smuggle at least 190 kilos of rhinoceros horns and at least 10 tonnes of elephant ivory valued at more than Sh700 million.

The other Kenyan wanted by the US court, according to indictment proceedings, is Abid Hussein Ahmed, alias Abu Khadi, who is still at large.

The Standard established that Mansur hails from Moyale, where he is a popular figure due to his philanthropic activities and links to local politics.

Mansur, police sources said, has been on police radar for the last two years. He was briefly detained at the Port Police Station before he was moved to an unknown location.

According to police, he was nabbed at Mombasa’s Moi International Airport at midnight on Tuesday by a contingent of detectives who received a tip-off from the Interpol over his impending arrival.

He landed at the airport aboard a chartered plane from Yemen where he had gone to airlift 33 Kenyans stranded in the Arabian country.

According to the head of the anti-narcotics police unit, Dr Hamisi Masa, the suspect is wanted for various crimes, including drug trafficking and illegal sale of elephant ivory.

The United States Department of Justice said Mansur was among four suspects indicted for allegedly being members of Africa Criminal Enterprise.

Kromah, who is a Liberian, was arrested in Uganda on June 12, 2019, and extradited to the US where he was arraigned before Magistrate Judge Katharine Parker on June 30, 2019.

Cherif, a citizen of Guinea, was arrested in Senegal on June 7, 2019, where he is being detained awaiting his extradition to the US.

The two Kenyans, Mansur and Abu Khadi, were fugitives until the former was arrested yesterday.

Once extradited, the suspects will face the charges against them before District Judge Gregory Woods of the Southern District of New York.

“As alleged these defendants are members of an international conspiracy to traffic not only heroin but also rhino horns and elephant ivory. The alleged enterprise, responsible for the illegal slaughter of dozens of rhinos and more than 100 elephants, was destructive to protected species as it is lucrative,” stated the warrants from the US Attorney General.

Mansur was detained for a while and at around 3am he was driven to Port Police Station where he was booked, awaiting investigations.

Police reports indicate that the suspect has been involved in trade of wildlife estimated to be around Sh1 billion.

“He is in lawful custody awaiting further processing,” Masa told The Standard on phone.

He said officials had intelligence that Mansur was on his way to the country and that is when they laid a trap.

At 11am yesterday, the suspect was removed from Port police cell and whisked away to an unknown location in what officials termed “temporary removal”.

“They came here and asked the whereabouts of Mansur. They said they wanted to check on his health status after his phone was confiscated by detectives, cutting off the communication with his close relatives and family members,” said the source at the police station.

The Global Peace Leadership Conference will bring together more than 1,000 participants from various sectors.

By Patrick Muinde | 17 hours ago

By Mate Tongola and Sara Okuoro | 22 days ago

By Daniel Wesangula | 23 days ago