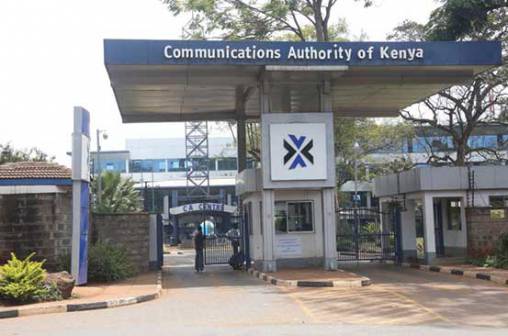 The Court of Appeal has allowed Communication Authority of Kenya (CA) to install a mass surveillance system.

This now paves way for the government to snoop on your phone conversations.

The judges faulted Justice John Mativo, saying he failed to appreciate that there was no credible evidence to demonstrate the system was meant to spy on consumers’ private information.

Five ways to boost internal communication in your business

The High Court had scuttled plans by the regulator to listen in on mobile phone conversations, but CA insisted that DSM will help to detect fake mobile devices.

In a judgement read by Justice Koome, the Court of Appeal found that consultations with telecom operators Safaricom, Airtel and Telkom Kenya on the design of the system were not yet complete.

They ruled that although there were concerns about the right to privacy, it was equally important to weed out illegal devices but in consultation with the three top mobile service providers.

“The right to privacy is important but the issues of abuse by unscrupulous mobile operators also needed to be tackled so as to strike a balance between securing the right to privacy and dealing with the problem without infringing the right to privacy. It is clear to us that there was no concrete evidence that the DMS was going to spy or intrude on private communication other than the unsupported newspaper cuttings,” judges ruled.

Justice Mativo had found that CA was going overboard in its mandate because there was already an anti-counterfeit agency in place, adding that telecom operators could also detect and block blacklisted devices.

“Accessing mobile telephone subscriber’s information in a manner other than that which is provided under the law infringes the right to privacy. It follows that for the DMS to be lawful, the reason given must not only be lawful, but must meet the threshold of a reasonable, justifiable, and democratic society,” he ruled.

On January 31, 2017, former CA Director General Francis Wangusi wrote to the three telecom operators about DMS, saying it was meant to access information from illegal handsets that would help to fight cyber-crime.

But the firms opposed the plan, saying DMS was spyware whose purpose was to eavesdrop on people’s calls, read messages and track their financial transactions.

In the case filed by activist Okiya Omtatah, he argued that if CA intended to lock out counterfeits, it ought to have started at the point of entry instead of going after citizens who bought the handsets.

The regulator told the Court of Appeal that the system had been born out of consultations.

“The learned judge erred in law and fact by making findings which were not supported by evidence on record and ignoring the uncontroverted position of and the evidence adduced by the appellant in the High Court,” argued CA’s lawyer Wambua Kilonzo. ”The judge also failed to appreciate the nature of CA's letter dated January 31, 2017, to mobile network operators.”

According to CA, the system would help detect mobile phones stolen abroad and tame the proliferation of counterfeit and illegal devices which are allegedly a concern.

Safaricom, which had been named as a party in the case, told the court the regulator disregarded concerns that allowing third parties to access their systems would infringe their customers’ right to privacy.

“The decision to install the devices without consultation is arbitrary as the law does not grant CA powers to interfere with devices by tapping, listening to, surveillance or intercepting communications,” Safaricom argued.

Lawyers for Telkom told the court they would not take any position but would be happy with either outcome of the case. Airtel did not reply to the case.

The authority had already awarded Broadband Communications Networks Ltd the Sh100 million tender to install and maintain the system.