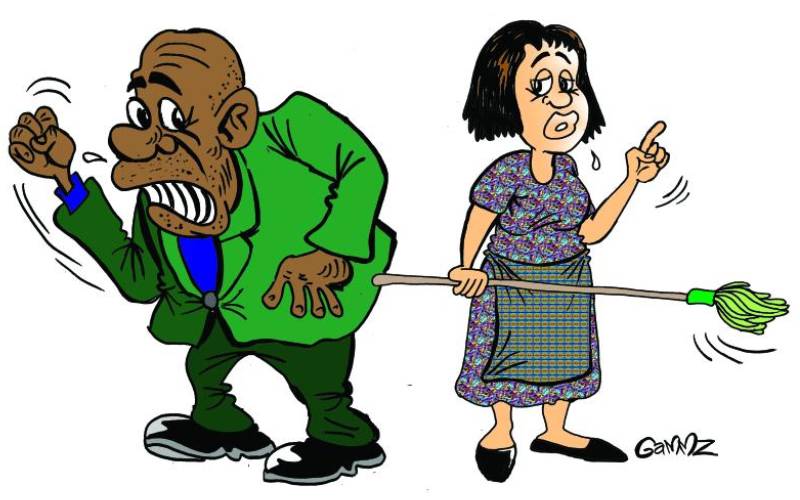 I organized my tallying officers and sent them out. They would be in the field for at least two days, one for observing the vote, which would be done in at most an hour, and the other for counting, which takes ten minutes. In Harold’s party, my uncle was competing against himself.

But in Sue’s, some other name had emerged. Sue, the iron lady, was being challenged by a new entrant.

I was the frontrunner for the third party. This is a party that is directly answerable to Harold and which, until recently, did not harbor any ambitions except to deny Harold the luxury of eating all the avocados in the house.

We knew that Harold would only lose if the number of spoilt votes exceeded votes cast for him. And knowing my village, this was a possibility. Kinuthia, for example, is known for covering his ballot paper in tape so that the candidates will not ‘draw’.

Sue, on the other hand, did not know that she had a competitor until a day before the nominations when a rumour rippled through the pub.

A lady by the name Eclairs, went the rumour, would be on the ballot. This rumour originated from Harold, who was as drunk as a fish.

And so when the nomination papers were released by the electoral committee, led by yours truly, it was no surprise to see another name nestled close to Sue’s. It was not Eclairs, however. The new name was Clarissa.

As you know, a drunk Harold will utter words which sound almost like what he intends to say, with letters mostly rearranged. You remember he called me Teapot, which I believe sounds like Pete.

Clarissa, Harold’s girlfriend, would be battling Sue in the first poll. Because we don’t have printers, we hired one of our most experienced artists to draw the contestants and then made photocopies of the paper.

Our artist, Paul, who is Clarissa’s son and is about to turn 11, drew Sue as a sulcata tortoise and by the time we noticed, it was too late to change it. He explained he thought Sue was short for sulcata and we understood.

When the tallying was complete, Clarissa was leading. When we removed all the votes cast by Harold, Sue led.

The interesting part was Harold’s party. While he had a party at home and ate all the food available, claiming he eats a lot when anxious, Githendu conspired with his little brain to hurt my uncle’s chances.

He wrapped the ballot papers in tape and so many of them got spoilt that when the commission sat, it decided that Sue (or Clarissa, depending on if a contestant was allowed to vote in party nominations for a party other than theirs) was going to run against spoilt votes.

My party did not need nominations. The three members, me, myself and I, consulted and gave me the direct ticket.

We were still deliberating on who the flagbearers were going to be when claims reached our desk that there were candidates claiming to have been rigged out. One of them was Harold. He was suing spoilt votes for the loss, and also enjoining Githendu in the suit.

Also complaining was Paul, who claimed that he should have been paid more for drawing a sulcata tortoise, and thus the nomination for Sue’s party was flawed and ought to be repeated. This, of course, was being pushed by Clarissa.

At the end of the day, no horse was standing. We believe they will be back on their feet soon especially as Harold threatens he will not feed me and Sue threatens Harold will not obtain beer on credit.