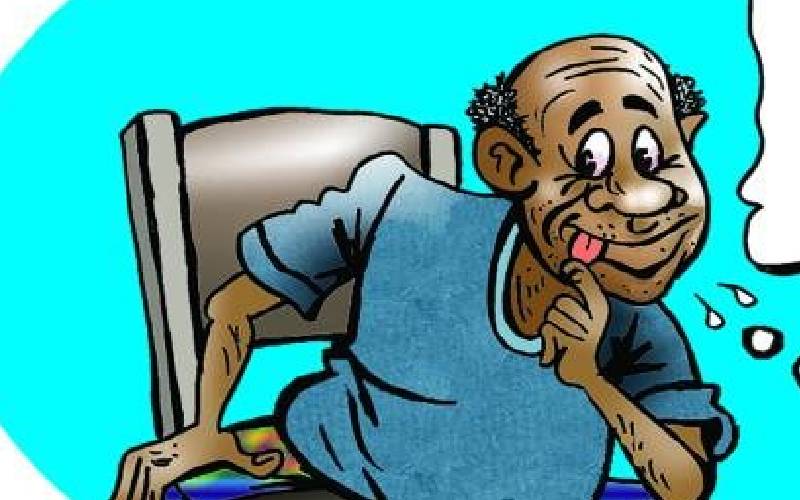 Because man must dream big, Harold started the week with the aim of supplying potatoes to every chips-making company in the country. This is following claims of shortages of potatoes at some eateries last week.

In January, anything goes as long as money can be generated. The main problem, however, is that Harold grows nothing, but weeds on his farm.

He floated the idea of Clarissa informing her people - who provided us with the sheep we slaughtered for the New Year - that she was starving and needed potatoes. However, her people snubbed her call, probably aware she was being manipulated.

Devoid of other plans, Harold called upon people of the village who were taking their children back to school to bring them to him for prayers. You might know that KCSE and KCPE for the year 2021 will commence in the end of the first quarter of 2022.

The Lord, he sent me to announce, needed compensation in the form of potatoes, and parents willing to have prayers had to toe the line.

Soon, women were trickling in, followed by their daughters and sons who hoped to have their grades miraculously converted from Ds to As in three months.

They brought potatoes in sacks and Harold gleefully ordered me to take the potatoes inside.

In my village, only Sue and I have access to social media, which means the rest of the villagers either get informed through us or find a way to watch TV at Harold’s church or Sue’s to know what is happening in the country.

So as they brought their potatoes to Harold to hoard, they did not have an idea that there were companies in Nairobi urgently waiting for a shipment.

I asked Harold how we were going to share the loot, but he reminded me I would be dead were it not for his mercies and thus was not going to get anything from him, “Or should I charge you for all the nights you have spent in this house and all the food you have eaten?”

Incensed, I went and told Sue to log onto her Twitter account, without explaining why. I then alerted her that Harold was receiving potatoes as payment for prayers. As Sue is an intelligent lady, she soon understood what I meant.

After the second and last day of prayers, Harold went to Sue’s where he gets his daily dose of alcohol..

And there, he met a Sue that was not ready to admit him into the bar.

“We are in a New Year. I need you to pay for all the alcohol that you have taken on credit,” she ordered.

Harold pleaded with her, but was denied entry into the pub. When he asked in what form he was expected to pay his debts, he was informed that she could only accept potatoes.

As we ferried the sacks of potatoes to Sue’s, Harold kept telling me that there was a mole in our house. I suggested he was the mole.

What I am not sure, though, is if the chips’ companies still need the potatoes.

‘When life hands you lemons’

As the world learns to cope with pandemic, many have started rebuilding their lives, finding a light of hope in what looked like a tunnel of despair.

You’re not my accountant or auditor, Ruto tells Raila

Raila Odinga said Ruto was donating an average of Sh100 million every month against a monthly salary of Sh2 million.

By Chef Ali Mandhry | 7 days ago