Harold, Sue in all-out appeal to voters in rival churches 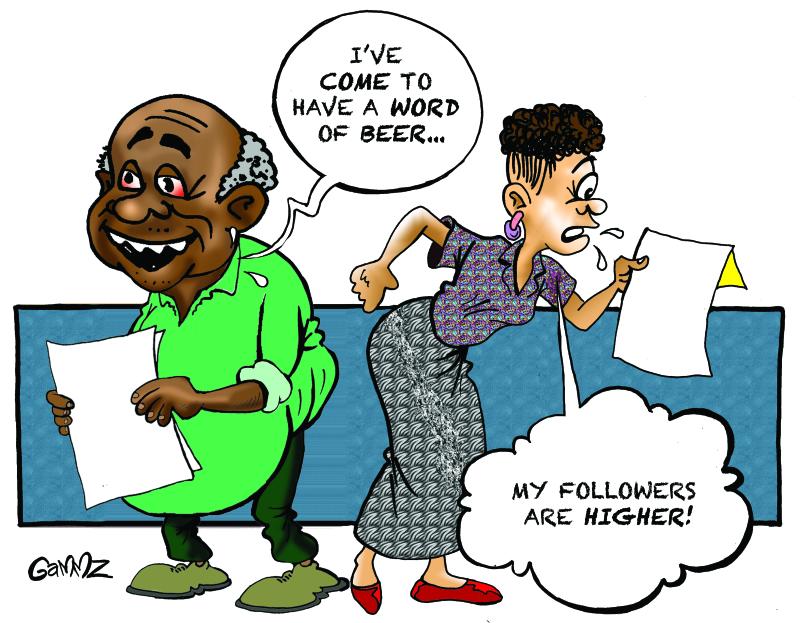 It is that time when politicians remember the virtue of humility. This season is not brought about by Christmas carols or jingle bells, and neither do preachers’ calls for hearts to be ready for the newborn King of Israel matter.

This season has come about because ballot boxes are being dusted and the elections are about to kick off.

My worst relative, who is also the only relative who openly associates with me, is among the politicians who are now running up and down trying to consolidate votes. One of their best bets is usually the church and my uncle Harold already owns one, which should give him an obvious advantage.

But it does not as his main rival, Sue, who is also his ex-girlfriend and my de facto aunt, has also opened a church.

Statistics from Sue International, a research company that is made up of Sue and I, shows that Sue’s church, Believers Entertainment and Enlightenment Retreat (BEER), is already more famous than Harold’s Assemblies of Holy Associates (HAHA).

Sue long ago convinced the masses that like Christ, she is able to convert water into wine. She has also made sure that the revellers in her pub, who are also the worshippers, watch TV for free.

As national leaders dust their Bibles and go into churches to quote the most ridiculous verses, Harold and Sue have decided to follow suit. I should perhaps remind you that Harold owns no suit and following one always leads him into trouble.

So this past Sunday, after I had unhooked Harold’s cassock from the window where it had acted as the curtain for the week, he shouted, “Pete, today I am going to have a word at BEER.”

He spends almost all his time holed up at Sue’s and I could not understand why he wanted to be at Sue’s on a Sunday morning.

“Of course after church, you old porcup…preacher,” I muttered as I put away yet another can of illicit brew.

“I mean now. I am going to churches to convince people to vote for me,” he said. He had a point. Are our politicians not jumping from church to church and even donning odd-looking smock-frocks in a bid to appeal to the faithful and get those votes?

Armed with a few verses that mention drunkenness and condemn drunkards, Harold left for BEER.

I was not stunned when, outside Harold’s church, where I was supposed to direct the service, I found Sue already waiting.

“What are you doing here? Don’t you know that Harold has gone the other way?”

Sue explained to me that just as Harold was gone to BEER to seek votes, she had come to HAHA. It was an exchange programme.

In her notes were Bible verses that seemed to condone a ‘little drink’, like  “Stop drinking only water, and use a little wine because of your stomach and your frequent illnesses.”

This to contradict what Harold had prepared for BEER: “Ephesians 5: 18 Do not get drunk on wine, which leads to debauchery.”

I feared Sue would convert some of Harold’s followers but knew Harold was better at convincing people.

When the service was over, Sue told me she was impressed with the orderliness of Harold’s followers, and she was more likely to get converted than to convert them.

No surprises at all that his nemesis had long been converted by Sue’s followers and that afternoon led the most uncontrolled drinking spree seen in years at Sue’s.

Using technology as a framework for driving change in hygiene

According to UNICEF, just 25 per cent of people in Kenya have access to handwashing facilities with soap and water at home.

More should be done to guarantee the freedom of media

Reports by various bodies point to a troubled media industry, largely because of the business’ operating environment, predatory behaviour

By Mukurima Muriuki | 5 days ago