There was a time when venturing far out into the northern part of Kenya was akin to a death wish, and for good reasons. Kenya’s north is characterised by a harsh climate where thorny shrubs offered little shelter to a weary traveller. In an area where little in the way of food or cash crop grow, life here was for the brave.

Then there were the infamous shifta wars pitting the Government and secessionist groups that brought the region’s economy almost to a standstill. Even long after this was over insecurity in the region took long to be brought under control. Indeed some areas are still approached cautiously.

But dangers existed even before Kenya became a nation, and white settles in Kenya needed a permit from colonial administrators to cross the equator “for in this direction the natives are little known, and they are believed to be hostile,’ wrote W H Broun in 1904.

But there were brave ones such as Susan M Hall, who came to Kenya with her father at the age of six and settled in Nakuru before making the permanent move to northern Kenya. “I have been charged by an elephant, then a buffalo,” she tells me. “Some lions found me to be an easy pick, so were a pack of hyenas.” 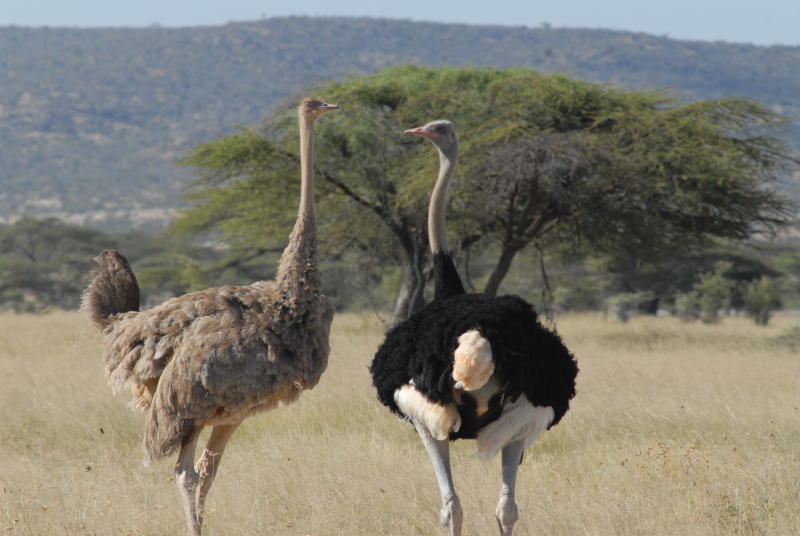 Her biography, My Vanishing African Dreams, is replete with remarkable exploits and reads like a cowgirl’s movie script in America’s Wild West. Hall is still in the north, minding a part of Africa near Doldol.

The formerly restless part of Kenya, from Isiolo northwards, was then known as the Northern Frontier District. The region’s residents hardly considered themselves part of this nation and would sarcastically ask how ‘Kenya is’ whenever they met a person from the rest of the country.

But northern Kenya has changed for the better. In fact, it may just hold the secrets to Kenya’s most romanticised holiday destinations. Here, in a place that time had forgotten, lies some of the country’s most exclusive holiday destinations where the world’s elite hobnob.

In Hall’s early family travels, the road to northern Kenya was nothing more than a “bumping and bouncing dusty, narrow two-wheel track, hardly visible in places.”

Today, a smooth, tarmacked road connects the country to neighbouring Ethiopia, with picturesque vistas along the route.

Northern Kenya remains my all-time getaway location. The vast, open plains of Laikipia, undulating rocky outcrops around Samburu and Shaba and the sandy dunes around Marsabit are features to behold.

Whenever I happen to be in the north, which is quite often, there is some inner tranquility that not even the sneaky night laughter of the hyenas or growling lions can extinguish.

I fell in love with the north the moment I crossed the equator into Nanyuki, a town founded in 1907 by British settlers and where their progeny is still scattered in the many ranches around the town. Nanyuki was the haunt of William Holden who established an iconic hotel, Mount Kenya Safari Club where you can wash your face in the southern hemisphere and sleep in the northern hemisphere.

At Timau, I stopped briefly to take in a fleeting glimpse of Mount Kenya, a mountain revered by the Gikuyu, Embu and Meru communities whose lifestyles have been wrapped for generations by the temperate climate of Kirinyaga. 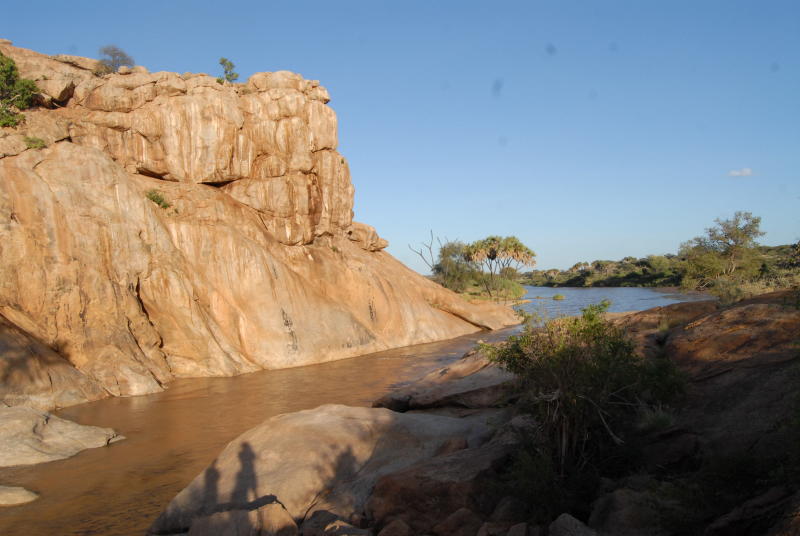 Legendary photographer, Mohammed Amin called it God’s mountain for good reasons. Mount Kenya is lofty, mysterious and likes to hide her full beauty with a cloud cover. If God never lived up there, who did?

The sharp incline after Timau took me to Isiolo, a modern version of the town that Hall and her family saw when they first set foot here sixty years ago. Modern office blocks, fancy hotels and an international airport are indicators of an upwardly mobile community.

Isiolo was my last pit stop before venturing into the wild spaces yonder, into the dust pits of Samburu and Shaba. But my favourite hideout has always been the magical Shaba where the mighty Ewaso Ng’iro river, whose headwaters are in the central highlands, meanders its way only to give up its ghosts in the Lorian Swamp. 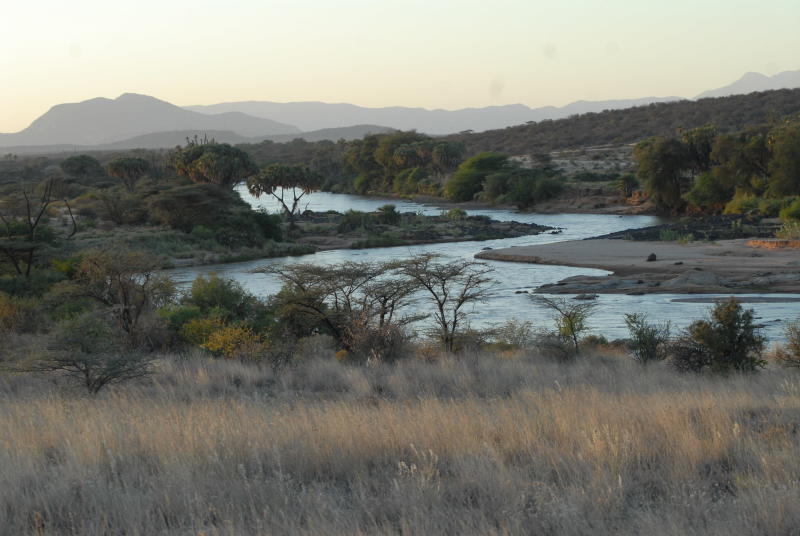 Driving through Shaba is to walk back in time. Rock formations along the river take you back to the Jurassic era. The treacherous boulders presented the perfect backdrop for renowned visual programmes such as The Survivor Series with Sarova Shaba Lodge curating some nature expeditions along the ‘Survivor’ route.

Hanging on cliffs on the opposite bank, a troop of baboons watched my every move as I ventured into a cave that I learnt was an old hideout for poachers.

The crooks almost decimated elephants and other animals here while soiling the name of Kenya’s north. Today, wildlife flourishes here, among them five species found only in northern Kenya—Grevy’s zebra, reticulated giraffe, Somali ostrich, Beisa oryx and the gerenuk. 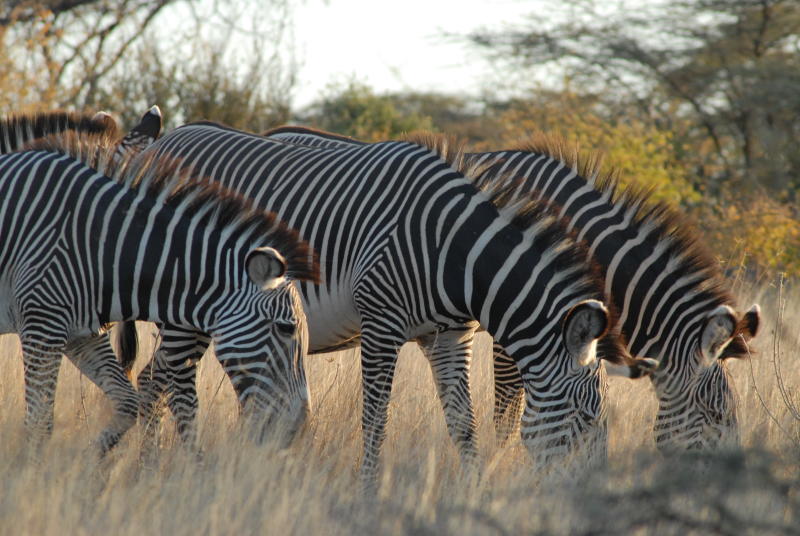 The sights and sounds of northern Kenya await all those weary of the usual tourism circuits.

Better still, heed the advice of Susan Hall who has made northern Kenya her everlasting haven: “The peace and tranquility of [northern Kenya] has to be experienced, not only by overseas visitors who would find the adventure the most memorable of their lives, but by our fellow Kenyans, many of who have never ventured out to these regions to get the real feel of our true Kenya….the “Africa” of which we should all be proud.”

When you’re not the favourite parent

Helping hand: I was on the streets at 11

Getting through the January blues

How the invention of mirrors created our individuality?