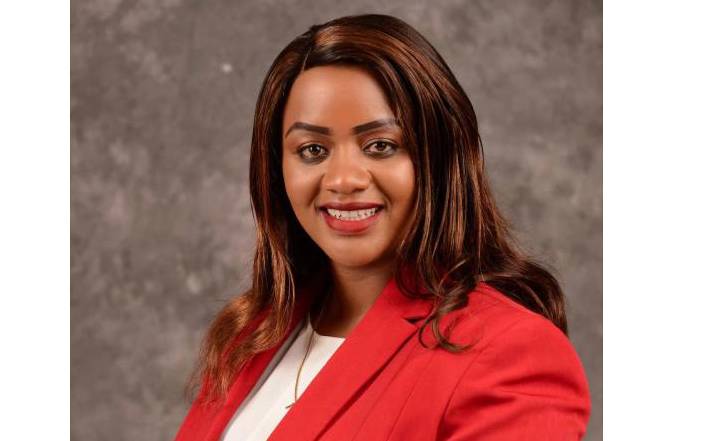 “The difference between a good life and a bad life is how well you walk through the fire”, said Carl Jung, famed Swiss psychiatrist.

In the same way, the strongest steel has been through an intense fire, so have the strongest people been through adversity. Enter Cate Waruguru. “Nothing comes easy. You have to put up a spirited fight for you to achieve anything,” the Laikipia County Woman Representative tells me in the first interview she is doing in six months.

Her tenacity and refusal to back down from the raging fires of politics that she constantly finds herself income naturally to her because she has been practising for it.

She says that the woman she is today, at just 33, is thanks to her grandmother, Catherine Wandia Muchangi, who brought her up. When Waruguru talks about her, you can feel the admiration and gratitude in every word.

“My grandmother is my greatest pillar. She taught me that I could be anything I wanted to be – married or not, from whichever background. She taught me that I did not need money to be successful. You need an idea that works, a clear mind, and to make people believe in you. They will invest in your idea,” she says.

Those lessons served her well in business and as she went on to become one of the youngest nominated MCAs and later on as Laikipia County Woman Representative. “Being a young woman with no godfather and no money and yet winning the woman rep position in 2017 was one of my happiest moments. From being a nominated MCA to getting elected - I was so young - out of 13 women,” she says.

It was no mean feat, for someone with her kind of background, which she describes as “not very good” and something that she would not want her children to go through. She did not have a relationship with her mother, Beatrice Waruguru, and she died before they could mend it.

“I enjoyed very limited time with my mother on earth. I last saw my mother when I was in Form One. I had last seen her before that in 1995, and the next time I saw her was in 2003, about two days before she passed on. The rest I will write about in my autobiography,” she says.

“The society I was in wanted to paint a picture of a rejected person, failure, poverty-stricken, people struggling with alcoholism and not finishing school,” she says.

That gave her a steely determination to make a difference and break the generational cycle, as she did not want her children to go through the same thing.

She succeeded early, and fast. She credits God for it. She studied theology in Bible school then got a degree in Business and Entrepreneurship from Karatina University.

Her grandmother was certain Cate was going to be an evangelist. Now as a lactating mother of a four-month-old and, with the coronavirus, extra careful to stay indoors, she still leads her family in worship sessions daily.

“Right now since we are not going to church, we do family services for two hours every day with my three children and house stewards. It’s mama who preaches,” she says, and then adds in jest: “The only thing they don’t do is give tithes and offerings!”

Life in a polygamous setup

Despite being a second wife, she would not call her family set up unique, and says it can in fact be downright beneficial.

“I am one of the few women in a polygamous setup who are not afraid of talking about it. There are many others who don’t talk about it.

“There are people who have come from a polygamous families and they are doing very well, with the President of Kenya as the first example. His mother is one of the greatest pillars of her family. Look at how she has managed to build and sustain an empire. I celebrate her,” she says.

She says that those who know her at home, outside of politics will tell you that she is an easy and focused person. But as some people have found out, get in her way and you will face with the business end of her no-nonsense side.

“You will always see the other side when I know this is where I want and where I want to be and you are trying to come between me and my goal,” she says.

Sometimes, it rubs people the wrong way and she has had to put up with a lot of vitriol. From disagreements with senior government officials, one of which got her arrested, to being the subject of online trolls, she has run the gamut of bad experiences from people.

While she usually doesn’t let it get to her, and, as she says, always turning her lemons into lemonade, one that she could not just brush off was when her son’s schoolmate picked a fight with him and used the Sunshine Hotel incident against him.

The hotel had demanded that she and her husband show a marriage certificate before letting them to share a room. “As a legislator, I felt that it was not right for any person at hotel reception to start interrogating who you are and ask for your marriage certificate,” she says.

“I was the one who invited the media because I wanted to highlight the story and have a national conversation on whether it should be addressed through the existing legal framework and see if there was anything they could do to stop the discrimination.”

What followed was not at all what she had bargained for. “The mainstream media houses and social media was awash: 'Laikipia Woman Rep chased from a hotel', 'she was dating a Ben 10', 'she was with a married man and all that',” she says.

That was what her son’s schoolmate picked on. “He was in Class Four or Five when he told me, ‘Mama, there is a boy who told me in school that you went with some boy to sleep with them in a hotel and you were chased from that hotel. Please tell me what it was about.’ I had to call the father.

“We had a conversation and his father said: ‘I was with your mum. These are things which are in the media. The issue of social media bullying and trolling has been there. We just want you to know that your mother is an upright person and we love you and would not do anything that would embarrass you.’ It was really sad,” she says.

Cyber-bullying has been on the rise especially recently, with several people having been put through the wringer online in the past two weeks.

“As a legislator, I feel that the president needs to look at the issue of cyber-bullying so that we are also able to protect those who are vulnerable in society. We need to have some control and check on what people say and do to each other online,” she says.

While it has broken many people, she forges ahead. She is focused on playing a role in mitigating the effects of the coronavirus pandemic.

“There comes a time when the sky will close itself, the sea will stand, the roads will stop and you will live in that house that you have built for yourself. Not doing shoddy work in your public delivery and then running away to enjoy other facilities at the expense of the taxpayers.

“I am still chasing the Cancer Bill and I really pray to God that it will go through. This pandemic has really shown us that we need to have a reservoir for emergencies and we need to make sure we improve our healthcare systems. Regardless of how much money you have, you cannot access healthcare overseas now. If you want dialysis it must be done here,” she says.

Among other development endeavours, the first batch of 100 graduates from her Fanikisha Ndoto Youth Programme in Laikipia was about to graduate when the pandemic struck. The programme enables youth who did not finish high school to acquire skills through training institutes. Right now, she is focused on the immediate need.

“My office has distributed more than 5,000 tanks to the elderly persons in Laikipia during the pandemic, hand sanitisers, 20,000 masks and they are starting feeding programmes for 1000 elderly people in the informal settlements in Laikipia.

That is how she says she has always lived and will always live – right in the middle of the action (even if she has to do it remotely right now), getting things done. So despite the current uncertainty, she is certain of one thing: she will never let her fire go out.

Homeschooling is a great chance to influence and nurture your child’s growth on a personal level.