The man with the claw-marked body 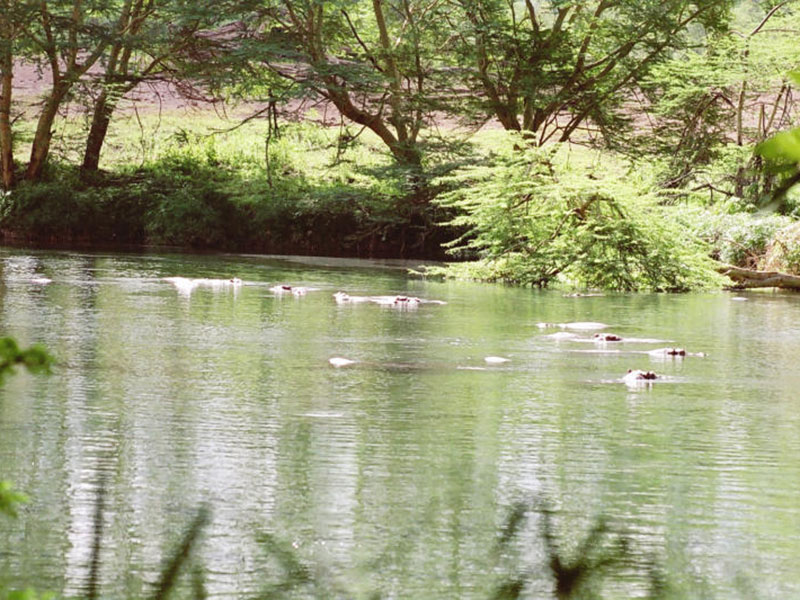 In August last year, Alan Root, arguably one of Kenya’s renowned filmmakers, died. Among his well known works was his 1969 documentary of the underwater lives of hippos, crocodiles, turtles and water snakes in Mzima Springs, deep in Tsavo West National Park. Mzima: Portrait of a Spring – won several global accolades for the fascinating portrayal of these creatures in their natural habitat.

But before we retrace Alan’s footsteps, a little background about the man and his exploits are in order. Alan and his wife Joan were perhaps the most adventurous filmmakers of all time. Alan was the first person to operate a hot air balloon over Kenya’s wildlife parks, soaring to greater heights by flying a balloon over Mount Kilimanjaro, Africa’s highest. During the descent, the couple was arrested by Tanzanian authorities who thought they were “astronaut spies.”

The leopard and his backside

His encounters with wildlife were legendary too. In a filming session in the Serengeti, Alan had his backside bitten off by an upset leopard. Later, while shooting some footage for Gorillas in Mist in Rwanda, Alan had a part of his thigh smashed by a raging gorilla. On another occasion, he was bitten by a puff adder and was within 30 minutes of dying. He only lost his right index finger. In any case, he dropped out of school at 16 in search of adventure.

And now to the famed spring in Tsavo that captivated Root. Mzima Springs is located 48 kilometres from Mtito Andei. The spring is fed by an underground aquifer that originates tens of miles from the Chyulu Hills to the northwest. To budding geographers, the Chyulus are those conical hills that you see to the right as you head down to Mombasa between Emali and Mtito Andei.

The porous volcanic rocks close to the surface of the ground allow water to permeate through where it is trapped by the non-porous rocks beneath. The resultant underground highway allows the water to travel downwards to form the world-acclaimed springs. At its optimum, Mzima spews out 50 million gallons of water daily and is the main source of water for a large section of Kenya’s coast.

Wildlife authorities have created a picnic site of sorts around the spring. Several laid out walkways under massive acacia trees lead out to rest areas where the entire splendor of the spring comes to the fore.

But even with the enchanting surroundings around Mzima, care must be exercised. In our visit, we came across several signs that alerted us to the presence of wild creatures whose encounter may not be that friendly. “Beware of crocodiles,” says one. Another sign warned us that the path we were about to take was carved by hippos on their way to the water. True, the sign did say hippos rarely use that path during the day, but who says these behemoths cannot change their minds and use the route during the day? But egged on by a desire to spend some time in the only oasis in the largely barren land, ours was a long walk of faith.

Alan Root made a name for himself by swimming with the hippos and crocodiles of Mzima. And like his previous encounters with the wild side, he still paid a small price for his curiosity. While filming underwater in Mzima, Alan was caught up in a fight between two male hippos over mating rights. Again, he escaped with some calf injuries. It could have been worse. Fortunately, to avoid such ugly encounters, an underwater glass observatory was constructed where visitors can view these animals in peace.

Having drunk enough from Mzima, we headed to Shetani Lava, the eight-kilometre long lava flow from the Chyulus. These uneven chunks of solid magma that go five metres deep contain razor sharp rocks that and must be approached with care. Still, the inviting vista is the perfect backdrop for the “Jurassic Park” kind of photo ops. On the way back to Kamboyo House, the self-catering and fully furnished KWS guesthouse, we tested our hiking skills at Chaimu Hills, a steep hill that serves as the park’s viewpoint. To our amazement, even the youngest in our troupe made it to the top – albeit with some extra help.

Well, whether you fancy the mythical spring or a walk on the lava, Tsavo is truly surreal.

Previous article
The phase I hope my wife never goes through

When you want to grow bigger

Old is gold: For the love of vintage safari

When cheering for colleague’s success is hard, and what to do