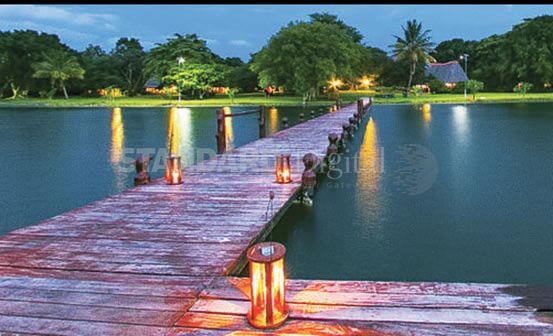 Where else but on Rusinga Island is a step into history such an easy and fascinating phenomenon?

Here, surrounded by the fresh, glittering waters of Lake Victoria, archaeological sites that have given the world fossils dating back millions of years are in harmony with nature.

A mausoleum under which the remains of the man tipped to succeed Kenya’s first president Mzee Jomo Kenyatta had he lived lie in a simple tomb here.

I am talking about Tom Mboya, the mercurial cabinet minister immortalised in downtown Nairobi next to the spot where an assassin’s bullet ended his life 47 years ago. His statue is one of the most popular landmarks.

Nothing much has changed in the land of Mboya’s ancestors where a dust road he often used from Mbita Point is still the only navigable path around the island when weather allows.

But the airstrip where he landed whenever he chose to fly home has grown busier with light aircraft.

The airstrip is located hardly a kilometre from his ancestral home in Kamasengre village.

Rusinga’s airstrip serves local and international tourists visiting his mausoleum and other attractions that dot the island of 40,000 inhabitants, most of them descendants of a refugee Ugandan community assimilated by the Kenyan Luo.

The Suba who landed on the Kenyan shores several hundred years ago escaping dynastic wars have virtually trashed their original dialect for the dominant Dholuo.

Besides Mboya’s mausoleum, with a bullet shaped dome (symbol of his cause of death) and a small museum dedicated to his life, wonder spots in and around Rusinga include the narrow Mbita channel (just about 100 metres wide) where fast currents of water flowed between the main lake and Winam Gulf before a causeway was constructed in the 1980s.

A flyover bridge under construction, high enough to allow ships through, will replace the causeway.

On the mainland close by is field station of the International Centre for Insect Physiology and Ecology—ICIPE—where research on tropical insects are conducted.

Smaller islands near Rusinga are havens for spotted necked otters and giant prehistoric-looking monitor lizards that crawl on the guano-covered rocks.

Folklore has it that the caves have paintings by the pigmy people from the Congo forest who once lived on the island. For animal lovers, Ruma National Park, with its population of rare, exquisitely attractive Rothschild giraffes and the endangered roan antelopes is a short boat ride away.

A visit to the park on engine-mounted boats is a must for tourists seeking adventure.

Hugging the airstrip on the island’s eastern end is the Rusinga Island Lodge, a serene getaway with pristine surroundings. Its sprawling compound runs into the waters of Lake Victoria.

A wooden jetty thrusts like a wide tongue into the lake to provide cruise enthusiasts with a convenient anchor for sports.

At the centre of the lodge, carpeted by verdant manicured lawns, is a fig tree said to be more than 300 years old.

Under this very tree, celebrated archeologist Dr Louis Leakey and his wife Mary pitched tent in 1948 when the couple discovered proconsul Heseloni, reputed to be a common ancestor of humans and apes and possibly lived here 25 million years ago.

The lodge and its precincts is home to the rare graceful genet cats, felines active mainly under the cover of darkness.

And birds of which Rusinga and neighbouring areas boast over 300 species are here in their numbers — from the stately fig eagles to tiny iridescent sunbirds to arrow fast kingfishers to name but a few.

The lodge is a bird sanctuary where the feathered creatures chirrup, coo, shriek, cough and whistle.

What the visitor gets is a natural symphony of sorts, so wild yet so sweet. It is the kind of welcome one cannot forget in a hurry.

The unmatched charm does not end there. Over the azure lake, vast flocks of cormorants, their wings outspanned to catch the sun’s rays, are a joy to watch in the early mornings and late afternoons.

Most of the day, magnificent fish eagles soar overhead and swoop low searching the clear waters for fish.

Plants are aplenty; from flowers, shrubs, twigs and trees—both indigenous and exotic.

The place resembles a botanical garden where bees, butterflies, moths, dragonflies, cicadas, crickets and other members of the insect kingdom compete for dominance.

The rooms are comfort zones. They comprise six self-contained cottages, each with a family outfit complete with a twin room and an interconnecting provision.

All rooms have spacious verandas overlooking the lake and are air conditioned. Unlike most hotels with glass windows, Rusinga Island Lodge has special nets for windows that allow fresh air.

Bedrooms are all illuminated with bright, cool colours that relax the nerves.

Forget that prank from earlier Arsenal fans, it looks like you have made some signings today.