Must it be called Jomo Kenyatta Prize for Literature?

It is good news for winners of the Jomo Kenyatta Prize for Literature which will be awarded at the end of the Nairobi International Book Fair.

This year’s winners will take home double what winners in 2013 got. This is all thanks to the generosity of the Text Book Centre, who have sponsored the award for the longest time.

Starting this year, the prize that is administered by the Kenya Publishers Association, and which awarded every two years, will now officially be called the Text Book Centre Jomo Kenyatta Prize for Literature. This is a way of recognising the contributions of the largest bookseller in the country.

While this recognition is in order, and has in fact been long overdue, questions should now be asked why the award should continue carrying the Kenyatta family name, when in fact they contribute nothing towards it. Why not just call it the Text Book Centre Prize for Literature?

However, even before such a drastic action is considered, maybe we should ask ourselves whether the Kenyatta family even knows the existence of such an award, and if their financial input is required so as to improve the lot of creative writers in the country.

My enquiries revealed that in 2005, the publishers’ body had invited Muhoho Kenyatta to preside over the awards of the ceremony.

He was not available, so he he delegated that duty his sister Christina Pratt. The publishers, at the time, asked for some sort of financial assistance for the award.

My source told me that Christina gave them Sh100,000. It is not clear what was agreed on after that and whether the publishers made a follow-up. If Kenyatta’s daughter could give Sh100,000 at such short notice, it surely means that the Kenyatta family is not averse to helping out.

It should be remembered that in 2005, winners were being given a paltry Sh50,000. It was not until 2009 that the bookseller improved the package to Sh150,000 for winners in the adult categories, Sh75,000 for those in the youth categories and Sh50,000 for authors in the Children’s categories both in English and Kiswahili.

The Kenyatta family, either individually or through their business interests have demonstrated their philanthropy on various issues. Brookside Dairies is, and has been the main sponsor of the Kenya and East Africa secondary games. Is it really that hard for the Kenyatta family to give money towards rewarding creative writers?

Assuming the Kenyatta family agrees to be the main, and probably sole sponsor of the award, which incidentally is Kenya’s most prestigious, it is doubtful they would be happy to share a name with Text Book Centre.

My sources within publishing industry intimated that Text Book Centre have been unwilling to let go of the prize, which they have sponsored since 1990.

They added that in the beginning, the going had been rough, which explains why they have been awarding the prize biannually. The money given yearly by the booksellers, and which was to be put in a provident fund so that only the profits accrued would be given to winners, was not enough to sustain the prizes on an annual basis.

The only reason, my sources tell me, the Kenyatta name has not been dropped from the literary award, is out of courtesy to avoid hurting the feelings the Kenyatta family.

Surely, authors cannot continue being given peanuts just because publishers are either too terrified to drop the Kenyatta name or are afraid of asking for financial assistance.

Given the politics that go with naming, and assuming the Kenyatta family wishes to continue having their name on the award, through sponsorship, then the award can be split into two so that it is awarded on an alternating basis, each bearing the name of the different sponsor.

The other award being administered by the publishers’ association is the Wahome Mutahi Literary Prize, named in honour of the later humourist, known for his Whispers column. The prizes for this are also given biannually. It is solely sponsored by the publishers and the prize money is Sh50,000. When you consider that an award like the Caine Prize for African Literature offers winners over Sh1 million for a short story, yearly, then you can see that we are doing poorly if the best we can offer creative writers is Sh300,000, in two years.

The purpose of giving prizes is mainly to motivate authors and encourage writing.

From the above, it is clear that our writers are not being motivated enough. And you wondered why there is a dearth of creative works in Kenya.

It is not for lack of creativity that we are not producing enough creative works, the activities of Kenyans on Twitter, otherwise known as KOT, are enough testimony that creativity abounds within our boundaries. We all need to tap that talent and get Kenyans reading.

And why should youth and children’s writers be given inferior prize money to that of adult writers? Does it mean that they are inferior writers?

The late Dr Ezekiel Alembi, and who was an accomplished children’s writer, made it his business to remind those who cared that writing for children is quite technical and writers of children’s books should be rewarded at par, or better than those who write for adults.

Research shows that there is a lot of potential in the creative writing sector.

Conservative estimates indicate that the creative writing sector has been exploited only up to about 30 per cent, meaning that there is more that is yet to be tapped, unlike the textbook/non-creative sector, which has been exploited to the maximum.

The examples of Julius Yego and Nicholas Bett show that given enough motivation, Kenyans can achieve greatness. Who would have thought that Yego would one day be a world champion?

Our writers too can achieve similar greatness with enough motivation. If that means KPA, TBC and the Kenyatta family putting their act together, so be it.

Battle of Rutos as supremacy wars intensify in Rift Valley 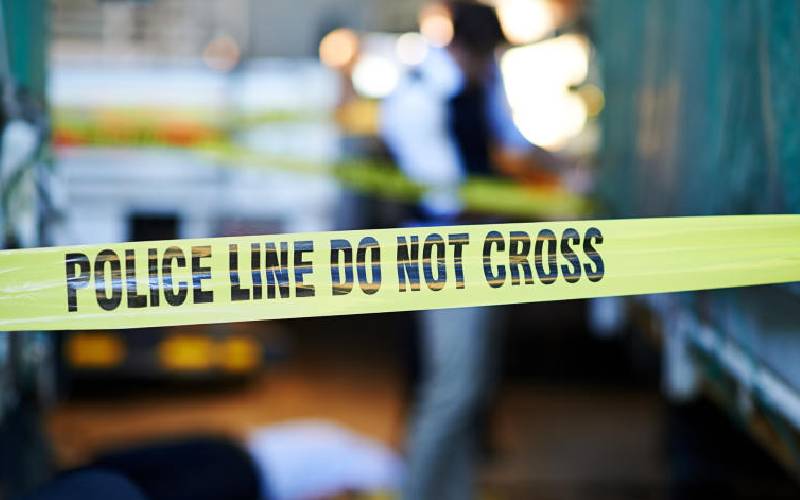 The ugliest side of video games

Five movies to watch out for this year
;
Feedback