Men who take home crumbs from the bar

They nicknamed him ‘Surface Area’, even though he was a deceptively small man. Nonetheless, he had an uncanny appetite for booze and meat.

Whenever he went out with friends, the rule of thumb was that everyone was first expected to declare how much meat they intended to consume.

Only then would he call up the waiter and place the order by topping it with two kilos of meat. Yes, two kilos is what Surface Area consumed without a burp.

But to his credit, he never staggered out of the bar without an extra three kilos for his family. One however hopes he didn’t wolf down his standard two kilos ration and leave his nuclear and extended family to gnaw on the miserable reminder.

EXPOSED: These are the text messages Wazir Chacha sent to MPs extorting them money

Kenyans once again show their prowess, take ‘Wazir Chacha jokes’ to the next level

VIDEO: Sabina Chege is trying to fix me because of personal issues - says Wazir Chacha

I haven’t heard of him in recent years but my fervent prayer is that he is still making auspicious contributions to the beef and goat industry and not trembling and gnashing his teeth with gout.

I was reminded of his escapades last week, when a well-nourished man strode into the butchery-end of the local as I kept vigil on the butcher’s efforts. That’s the only way to ensure that your order is an exact 250 grams — hopefully more — you know.

Even though the place was crowded with hungry clients, our man must have been in the throes of starvation. He didn’t queue. "Three kilos please. Nono kabisa.

And oh, add a quarter," he shouted impatiently from the door, patting his rapidly distending tummy with affection.

"Uh-ha! Good family man," I mused and not without a tinge of shame. But then he cut my musings short when he said, "Roast the three kilos properly. The quarter is take-away," and this very nonchalantly, with even more affectionate patting of his beloved protuberance.

That’s when it hit me that the rascal intended to wolf down half a goat on his own and then stagger home singing circumcision songs with the ‘quarter’ in his coat pocket.

In my mind’s eye, I could picture him waking up the entire household and, after barking a few military-style orders around and insulting his "useless" wife, retrieve the nose-sized piece of meat from his coat pocket and proudly slap it on the table.

Thereafter, he would order that the meat be cooked in a voice so loud that neighbourhood dogs would pause for a moment before renewing their barking with increased vigour.

As his long-suffering wife huffed up the jiko and fried up the miserable offering, the man would keep his sleepy kids awake, regaling them on the virtues of responsibility and hard work.

"You must work hard and be responsible. That’s why I’m able to take care you. Do you know there are men who are so irresponsible that their children never even see a sliver of meat?"

And when the meal is served, the ‘responsible’ man touches just one piece and leaves the rest for his children.

A woman in her early 30s recently stunned many when she left her husband of eight years and moved in with her younger sister’s husband. 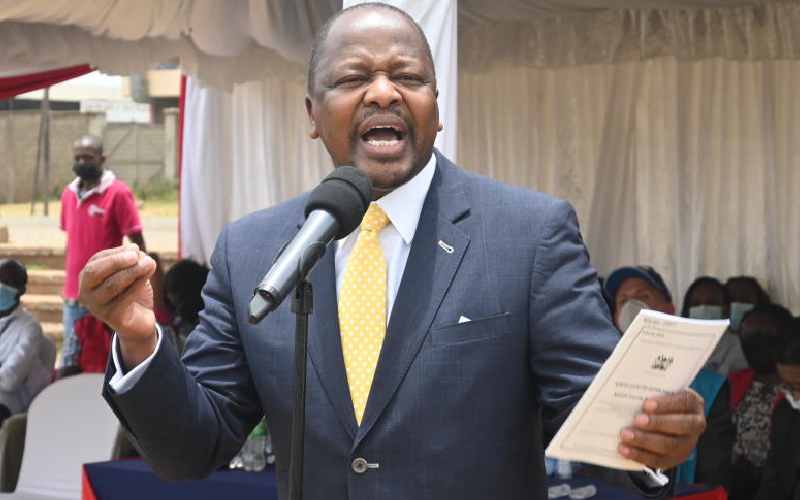 By Jael Mboga and Wills Oketch | 16 minutes ago

By Editorial | 20 minutes ago