The land question in post-apartheid South Africa was revisited last weekend in a reenactment of  Sarafina at the Kenya National Theatre.

The musical, directed by Stuart Nash, brought back the dark memories of apartheid and the physical and psychological wounds it inflicted on black people.

Originally done by Bongeni Ngema in 1992, Nairobi Performing Studios proved that the musical is still relevant today as it was decades ago.

Whilst apartheid is long gone after the release of Nelson Mandela in 1990 after 27 years in prison, and after the Africa National Congress took the reins of power four years later, poverty, homelessness and disease still stalk black neighbourhoods today.

Racialism still lurks on the streets long after Mandela’s death in 2013.

Watching students bear the brunt of apartheid in a Soweto school after their history teacher (Mkamzee Mwatela) is killed for refusing to teach the ‘official’ school syllabus, one can’t help but wonder whether South Africa is out of the woods yet.

“We don’t have to look for trouble. Our lives are trouble already,” one student tells an interrogator from the military intelligence.

This trouble seems to stick with black South Africa to date. It lurks in poor neighbourhoods ravaged by crime and poverty.

The story-line was as tense as it was in the 90s, the dialogue eerily familiar in today’s South Africa.

“I don’t care if you are a student and young. If you throw a stone at me I catch up with you. If you kill we kill you,” the head of military intelligence tells Sarafina and the group youths arrested in a crackdown against students by the apartheid regime.

Sheilla Mwavinya did a commendable job with the Sarafina character: beautiful, vulnerable but tough while Hellen Mtawali who acted Sarafina’s mother gave one of the finest performances, making a great effort to give the musical a local context.

Alexus Mwangi brought beautiful choreography to the performance, with the music and dancing varying depending on the mood of the scenes.

The play continues next weekend between Friday to Sunday.

I will Marry When I Want: When the curtain went up
This was probably the first time it was being performed so comprehensively before a Kenyan audience, and in both English and Kikuyu.
Arts & Culture
By Ferdinand Mwongela
25 days ago
. 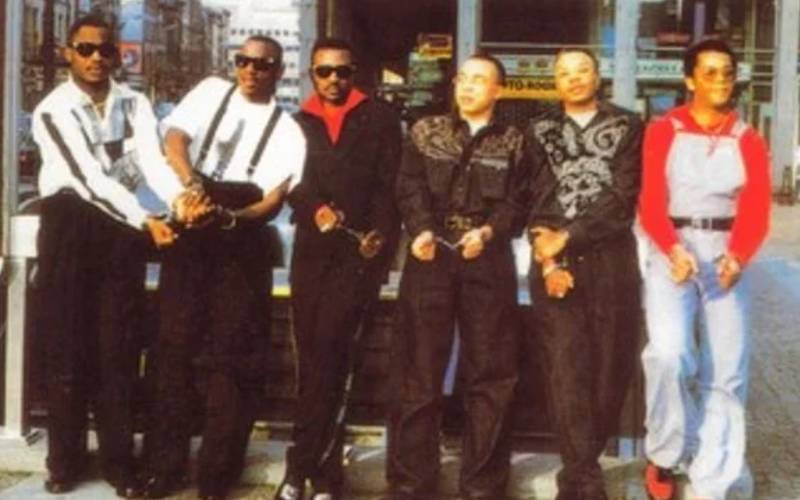 By Stanley Ongwae 3 4 days ago
Premium Obokano: Instrument only played by men

By Boniface Mithika 3 4 days ago
Does gaming hurt romantic relationships?