Cycling, a health mode of Transport for cities 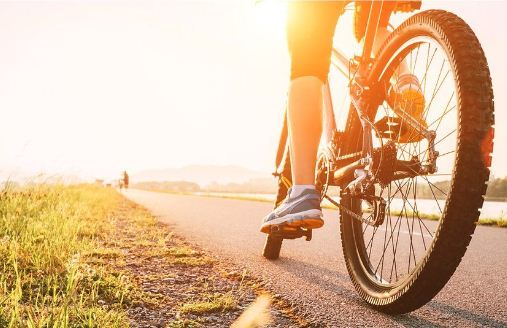 Nairobians can now have a day on the bike thanks to the City Festivals On Wheels which plans to make the day a calendar event.

The European Union, in conjunction with the National Transport Safety Authority, came together to launch the Nairobi City Festival On Wheels, one of its kind in the country.

A day long event was held in the streets of Nairobi in remembrance of road crash victims in the country.

The aim of the festival advocates for the Climate change – prioritizing green forms of transport ( European Green deal initiative ).

The European Union head of delegation and also Political, press and Information, Guy Harrison, said that the EU will wish to support and make it a national sporting activity for many years to come.

He said the aim of the festival is to  encourage Cycling as a global sport, associated with Europe which hosts many global cycling events.

"Cycling as an alternative, affordable and promotion of good health solutions for daily commuters, we wish to make riding safe for both cyclists and other road users as part of World Cities day, celebration." said Harrison.

The day was used to commemorate road crash victims around the world.

NTSA on its part used the day to  highlight the need for infrastructure to support cyclists within the urban and rural areas.

The chairman of the board Moses Nderitu said road users should be made aware of accommodating each other on the road without even involving the police.

He reiterated that every road user should use a reflector jacket, backpack and lollipop for school going children and aprons for vendors on the road.

"Cyclists are vulnerable members of the ecosystem in our society.  We bring awareness that the road is meant for both vehicles, pedestrians, cyclists and motorcycles. We should educate and embrace other users without any challenge," said Nderitu.

He further noted that there is need for bike park areas in the planning of major cities in the country and that NTSA has partnered with European Union for a period of six years in a programme dabbed 'Usalama Barabarani' on road safety to bring awareness to road users in major cities of Nairobi, Nakuru, Kisumu, Kakamega, Kericho and Kisumu on responsible road use.

"Cycling has become an affordable means of transport for marginalized communities not only in the country but in the whole world.

He said, EU will continue to partner with organisers in events that brings out professional cyclist

Africa Extreme, the event organisers said they will continue coming up with similar festivals in future which are out to creating, developing and supporting teams.

He further said they will be out on the road to tour the whole country to tap skilled riders to train, creating pool of resources which will be valuable for the bigger picture growth of cycling development in the country.

"Through training, coaching, guiding, mechanics this will enhance health and well being for those who cycle.

Community education and impact for behaviour change. Several categories of activities were competed including riders and skating for both junior, seniors, female and male which also comprised vet cyclists.

Winners in different categories were,

Following is reaction to Manchester United sacking Ole Gunnar Solskjaer on Sunday, with Michael Carrick set to take charge until the club appoints an