Ten-man Arsenal hold on for goalless draw at Leeds

Ten-man Arsenal hung on for a 0-0 draw at Leeds United in the Premier League after their winger Nicolas Pepe was sent off in the 51st minute on Sunday.

VAR officials spotted that Pepe had headbutted Ezgjan Alioski and referee Anthony Taylor took a quick look at the monitor before brandishing the red card.

Marcelo Bielsa's Leeds had been the better side even before the sending off with striker Patrick Bamford twice forcing Arsenal goalkeeper Bernd Leno into action.

Leno did well again to keep out a fierce drive from Stuart Dallas and then substitute Rodrigo crashed a shot against the bar from the edge of the area.

Arsenal, who are without a goal from open play in almost eight hours of football, nearly grabbed a winner, against the run of play, when Hector Bellerin put Bukayo Saka through on goal but he was unable to round Leeds keeper Illan Meslier.

Leeds struck the woodwork twice in the latter stages with Bamford heading against the post and Raphinha also striking the upright deep in stoppage time.

Bielsa was left to rue his team's failure to find the net despite all their pressure and efforts on goal.

Arsenal boss Mikel Arteta reluctantly agreed the draw was an acceptable result for his team, given they played almost half the game a man down.

"It is a point. I am never happy with a draw but considering the circumstance, it is one we take and move on," he said.

Asked about Pepe's dismissal, Arteta had a blunt answer: "It is unacceptable. Unacceptable. At this level you cannot do it."

The Gunners are 11th on 13 points from nine games after their first draw of the season with Leeds 14th on 11. 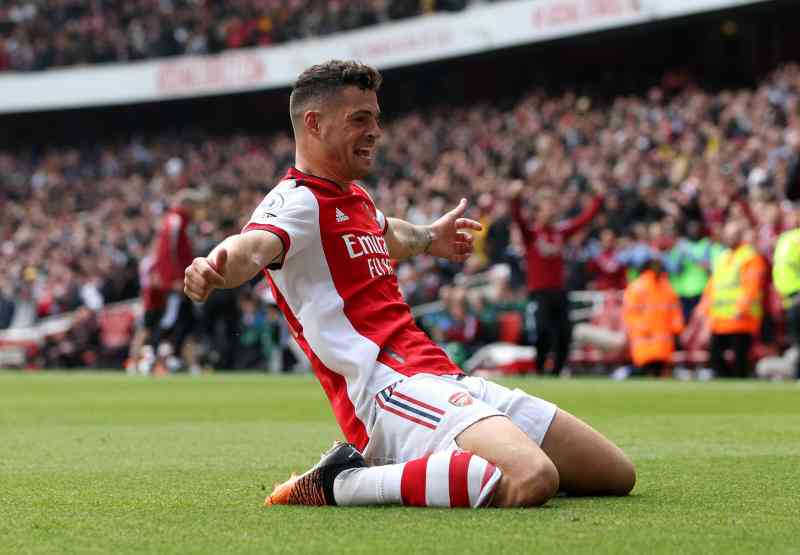