Property worth millions of shillings was burnt to ashes after a fire broke out late Monday night at a go down along Dar es Salaam Road.

Earlier on, social media was awash with images of the smoke billowing from the site with some alleging that the fire was from the Mater Hospital.

Confirming an explosion along Dar es Salam road near @materkenya, South B. All is well at the Hospital and no casualties reported from the incident.
Police and fire brigade on location.@Ma3Route @NMS_Kenya @KenyaRedCross

No casualties were reported from the incident.

Firefighters from Nairobi County arrived on time to contain the fire that was spreading fast. 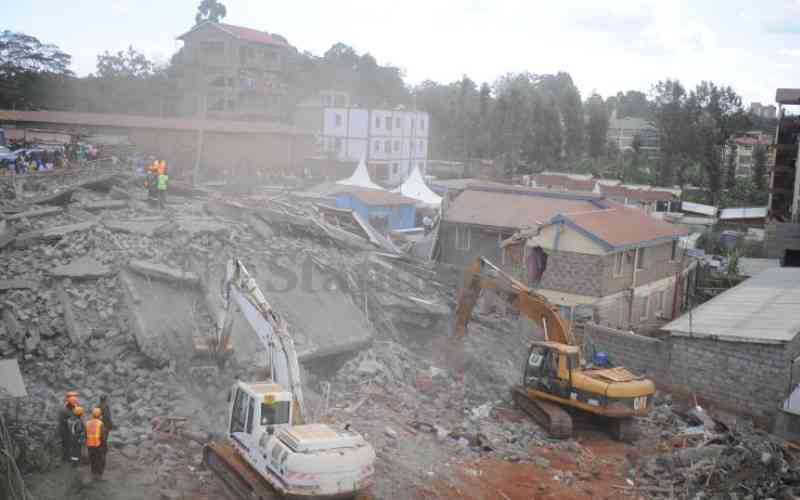 By Nathan Ochunge 3 days ago
Nairobi
Construction of Kirigiti building that collapsed had been suspended, NCA reveals

By Pkemoi Ng'enoh 4 days ago
Nairobi
Uhuru Park to be reopened to public in December
.