Issa Amwari of Keihin Maritime Team has been seeded first a head of the eighth leg of the KCB Kenya National Rally Championship (KNRC) to be held in Thika on Sunday.

Jasmeet Chana of Jaguar Petroleum Racing Team will be of the ramp second while Eric Bengi of Menengai Cream Racing will rev-off third in that order.

The round, managed by the Rallye Sports Club, (RSC) will start and finish at the Mount Kenya University (MKU) in Thika on Sunday.

Scrutinizing, sealing and marking of components will take place at the Kasarani Stadium on Saturday.

While the team managers and mechanics will be presenting the rally cars for scrutinizing, the drivers and navigators will be out on  reconnaissance to familiarize themselves with the route.

For the first time, spectators will be freely allowed at the KNRC championship following the recent lifting of curfew and ban on social gathering.

Fans will be allowed at the 31.13km Kamuthi's Buffalo Hill stage which has allures of camping opportunities.

The Buffalo Hill stretch will be the center of attraction as it will be run twice as CS1 and SS5.

Another part of the competition highlight will be the designated 3.2km spectator stage at the MKU Graduation Pavilion where fans are allocated parking outside the venue and a walk into the designated viewing area.

This stage will be repeated twice as SS2 and SS6.

"Anyone willing to catch action at the Buffalo stage should spend the night there where tenting and catering services will be available at a fee. Double-bed tents will be on offer at Sh2500. Food and drink will also be provided also at a fee," Buffalo Hill Head of Communications Perry Wahu said.

Clerk of the Course, Hellen Shiri reiterated  that Covid-19 guidelines will apply for all and sundry attending the event.

Shiri, who is also the WRC Safari Rally Secretary, added that fans will only be allowed access to the Buffalo stage a day prior to the raceday.

"The essence is to avoid spectator traffic on Sunday given the fact that the stage will be live from 8:18am.

"Otherwise, those coming on Sunday can view action from the pavilion. Rallying events makes up a substantial part of sports tourism in the country. This was seen during the return of WRC Safari Rally, held in Naivasha in June, which attracted over 850 million viewers across the world. In terms of local sports tourism, KNRC events like the Thika Rally can be catalysts for economic development, through branding and better infrastructures," Shiri says.

The repeat run of 28.48km Ndula stage will be the designated power stage where the top three drivers will earn bonus points towards the championship.

The 2021 KNRC series has been to Nakuru, Naivasha for both the WRC Safari Rally and the ARC Equator Rally, Nanyuki, Ramisi for the Mombasa round and Machakos for the KMSC event.

Guru Nanak Rally will culminate the ninth leg of the season next month.

Cameroon overcome plucky Comoros to advance at Cup of Nations 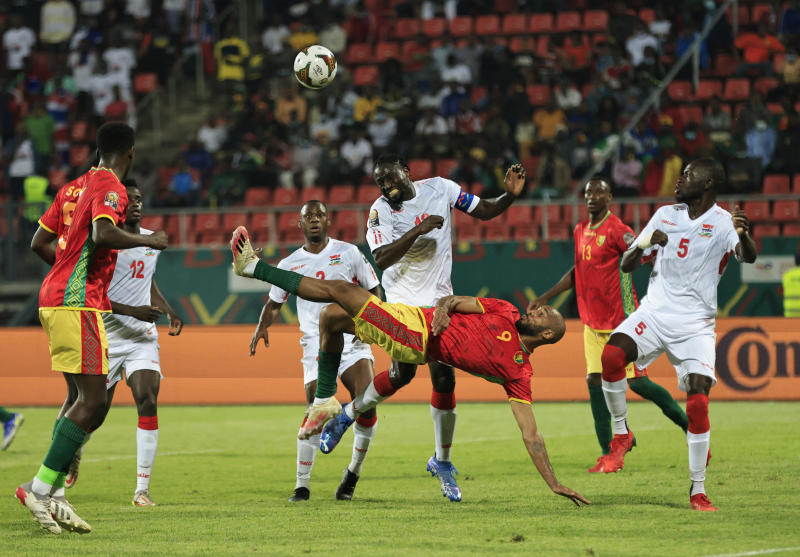