Hands trembled and knees wobbled as over 300 golfers battled for glory at the par 72 Muthaiga Golf Club in Nairobi on Friday and yesterday.

The participants were in search of the ultimate Sh18 million Range Rover prize that was strategically placed at the challenging par-3 hole 13.

One of the elated golfers in the tournament was Abel Kimondo of Nakuru Golf Club who was very  optimistic as he tried his luck for the brand new machines.

His inspiration was drawn by his recent luck at the Railway Golf Club in Nairobi where he sunk a hole-in-one prize to make away with a Tuk Tuk.

“I’m going for any of the cars today, though I felt a great adrenaline rush in my swing in hole 13, my knees literally gave in, I ended up hitting the ball too long,” Kimondo told Standard Sports.

“The heat was too much, but I have planned to hydrate myself properly today, this will make me stay alert on the course,” Kehara underscored.

Muthaiga golfer Gina Kairu admitted the exciting prizes that were on offer gave her goosebumps, but she tried to distract herself on the course by enjoying the game and the cool ambience that the lush fairways offered.

Muthaiga Golf Club chairman Ronald Meru was grateful to the over 40 sponsors, led by the NCBA Bank who supported his farewell tournament.

“I’m impressed with the turnout, we had 296 players on Friday and a similar number today, the good thing is that all fought to finish on Day one, we are hoping they will do the same today,” Meru said.

The outgoing chairman said the player with the highest aggregate score for the two day tournament will be the winner, with a prize giving ceremony scheduled at the club today.

“Top five players in the Saturday event will also qualify for the NCBA Bank series finals to be held later in the year,” Meru said.

Meru is scheduled to end his chairmanship role on December 8. 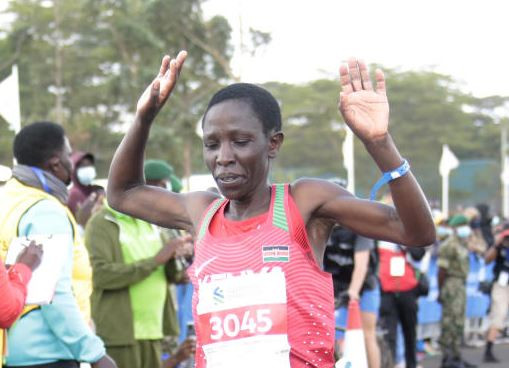