Born in Cameroon but playing for Switzerland, of course Breel Embolo would score when those two countries met at the World Cup.

Embolo promised he wouldn’t celebrate if he scored for the Swiss team against his country of birth on Thursday, and he kept his word. It turned out to be the only goal of the match as Switzerland beat Cameroon 1-0.

“I would have liked him to be on my side,” said Cameroon coach Rigobert Song, who played in four World Cups for his home country, “but that’s not the way it went.”

The crowd waited and watched for Embolo’s reaction after he scored his 12th goal for Switzerland in the 48th-minute off a low pass from Xherdan Shaqiri.

He stood still in the goalmouth and first held his arms out wide, then raised his hands in a gesture of apology. He put his hands over his month as if realizing how profound the moment was as his Swiss teammates rushed toward him near the penalty spot.
Embolo then pointed toward the Swiss fans behind the goal where he had scored, and then to the Cameroon fans at the opposite corner of Al Janoub Stadium.

Even Song felt pride in the 25-year-old forward, who was born in the Cameroonian capital of Yaounde but played for Swiss national youth teams before getting a passport from his adopted country when he was 17.
“I am happy for him and also proud of him. He’s my little brother. We’ve often spoken to each other on the phone,” said Song, who was asked what he said to Embolo on the field after the game. “I thought he played a great game and I wanted to tell him. We’re still brothers at the end of the day.”

Switzerland coach Murat Yakin said he had offered some advice to Embolo about dealing with his emotions.

“You can be friendly up to kickoff,” Yakin said, “and after that they are our opponents.”

Embolo left Cameroon with his family when he was 5. They spent time in France before settling in Switzerland, the country he is now representing at a second World Cup.

Embolo spoke to Swiss television after the match and wished Cameroon luck for the rest of the tournament.

It could be a short World Cup for Cameroon, which still has to face Brazil and Serbia in Group G and has lost eight straight games at the tournament dating back to 2002.

Cameroon great Roger Milla was paraded on the field before the game. Fans were shown a video montage of his goals at the 1990 World Cup, where Cameroon became the first African team to reach the quarterfinals.

Milla was joined by Samuel Eto’o, Cameroon’s greatest player who now runs the country’s soccer federation. Eto’o scored the only goal when Cameroon last won a match at the World Cup — a 1-0 victory over Saudi Arabia in 2002.

Referee Facundo Tello had a quieter day than when he sent off 10 players in Argentina just before coming to Qatar. He showed red cards to seven Boca Juniors players and three from Racing Club after an extra-time brawl. In Qatar, Tello showed three yellow cards and no red cards. 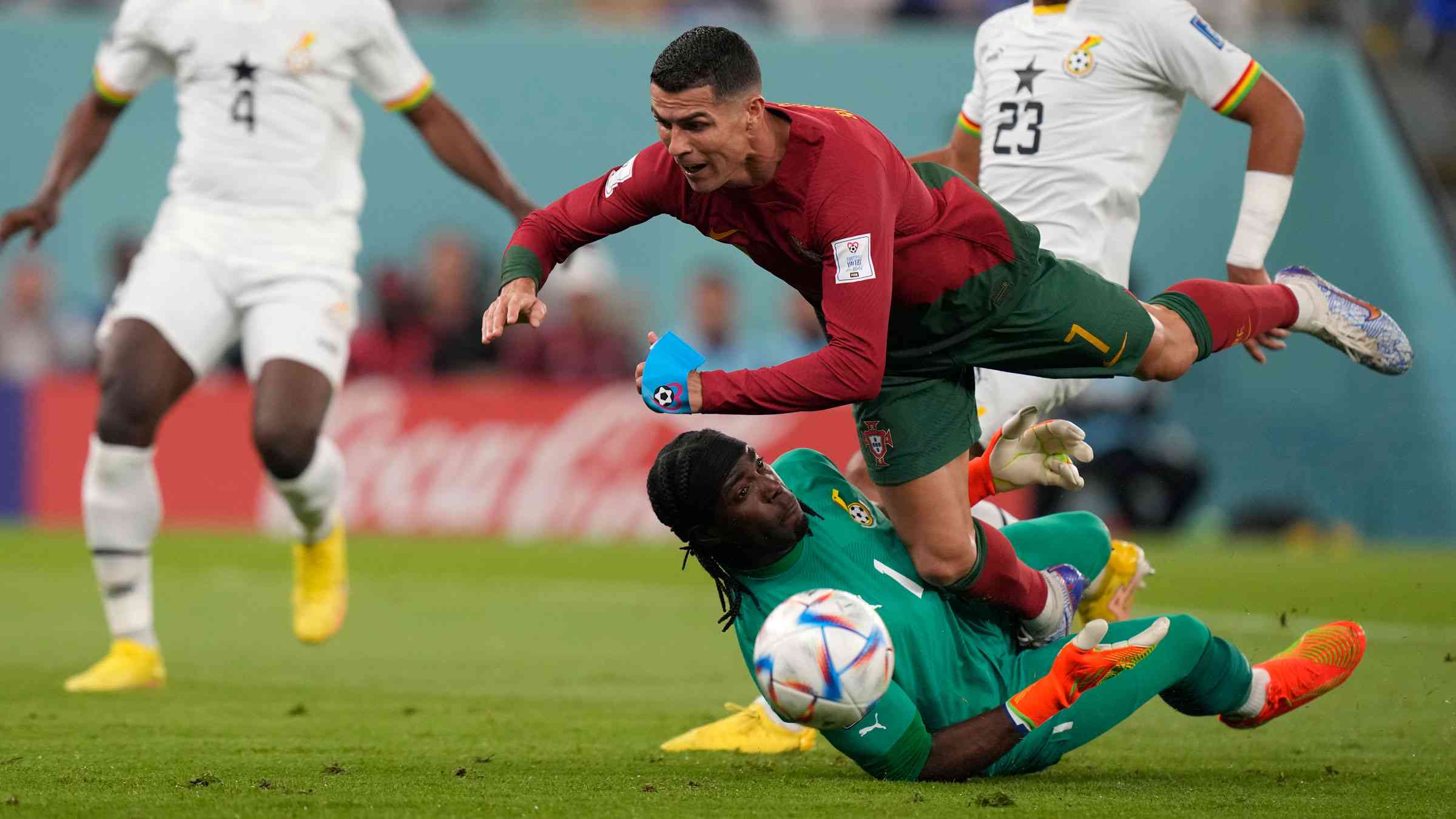