It is hard to see a way back for the 37-year-old forward, who said he does not respect manager Erik ten Hag and feels “betrayed” by the club.

The question now is whether Ronaldo can secure a transfer in January after failing to leave for a Champions League club before the start of the season.

United was already planning for life without him before excerpts from his interview began circulating on Sunday night – but that process is likely to be speeded up after his latest public show of dissent.

Ten Hag already had to censure him for leaving a pre-season friendly early – and cut him from his squad last month when he refused to come on as a substitute against Tottenham.

Ronaldo displayed an element of contrition on social media later and held clear-the-air talks with Ten Hag before being welcomed back into the fold.But

these fresh comments threaten to be a final strike in terms of the Portugal World Cup forward’s relationship with his manager.

That comes despite the five-time Ballon d’Or winner’s own desire to leave earlier in the year.

Ten Hag was reluctant to let him go in pre-season, not least because of a lack of viable replacements either within his squad or on the market. And that problem remains going into January, when United’s pursuit of a new center forward will be further complicated by the typically inflated prices during the midseason transfer window.

United’s recruitment team would prefer to do their business at the end of the season – and Ten Hag was prepared to make Ronaldo part of his plans for the remainder of the campaign even after the incident against Tottenham.

The feeling at United on Sunday night was that Ronaldo’s actions would not be allowed to detract from the positivity generated by Alejandro Garnacho’s late winner in the 2-1 victory at Fulham.

Yet the opposite is true – and the former Real Madrid and Juventus forward’s off-field behaviour has too often been an unwelcome distraction during Ten Hag’s four months in charge.

The timing of the interview also ensures it will hang over the club while the Premier League pauses for the World Cup.

Morgan has refused to confirm when it was conducted, which only adds to the impression that it was a premeditated and stage-managed attempt to gain maximum impact.

“The club will consider its response after the full facts have been established,” United said on Monday. “Our focus remains on preparing for the second half of the season and continuing the momentum, belief and togetherness being built among the players, manager, staff and fans.”

That statement, itself, suggest the club’s hierarchy was caught by surprise.

The interview could also be interpreted as a message to potential suitors - and Ronaldo will have to hope more come forward than in pre-season.

If Ronaldo’s desire is still to play in the Champions League then the number of possible clubs shrinks further, with that competition now down to the last 16.

Another problem is his unconvincing form this season – with just three goals in 18 appearances.

A good World Cup could see interest in the veteran striker grow.

In terms of a replacement, the picture is hardly any clearer for United than it was during the last window.

Red Bull Salzburg striker Benjamin Sesko was a serious consideration, but he signed a pre-contract with RB Leipzig, while Darwin Nunez was another target before he joined Liverpool.

So small was the pool of potential forwards that United even explored the possibility of signing veteran Bologna striker Marko Arnautovic, which sparked a furious response from fans.

There is an acceptance among elite clubs that there are precious few emerging players of the profile of Manchester City’s Erling Haaland.

That was underlined by Bayern Munich and Barcelona, who both signed strikers in their 30s as they pursued top-class goalscorers earlier this year.

Ten Hag hopes Anthony Martial can overcome the fitness issues that have disrupted his United career and is trying to help Marcus Rashford develop into a prolific scorer.

He may have to rely on that pair until the end of the season at the very least, with Ronaldo’s comments surely signalling an acrimonious end to his time at Old Trafford.

Share this article on social media
Previous article
5 days to go! In terms of pressure, we have to isolate ourselves from everything, says Messi 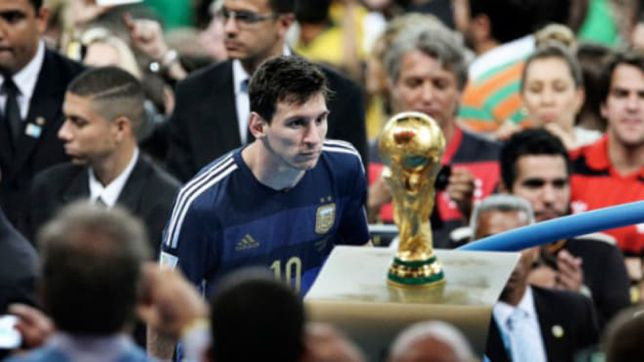