Graham Potter’s Chelsea reign already looks to be in crisis after a 1-0 defeat at Newcastle on Saturday left the London club eighth in the Premier League.

Joe Willock’s 67th-minute strike consigned Chelsea to a third straight loss in the league — and a fourth in five games in all competitions.

It’s a run that will pile the pressure on the former Brighton manager, who has only been in the job for two months.

It will also test the faith that Chelsea’s American owners Todd Boehly and Clearlake Capital have in the man they chose to lead their overhaul of the club. They have already demonstrated their ruthless side when firing Thomas Tuchel in September, just over a year since the German led Chelsea to the Champions League title.

Potter will have to hope his superiors show more patience where he is concerned but alarm bells will be ringing.

A desperate run of results will only fuel concerns that the job was too big and came too soon for a man whose career had previously seen him manage Brighton, Swansea and Swedish team Ostersunds.

And it could still get worse for Chelsea, with Fulham having the chance to move up to eighth on Sunday with a win against Manchester United.

Either way, it promises to be an uncomfortable World Cup break for Potter as the English season pauses until Christmas.

“It is not nice for us,” Potter told Sky Sports. “We are in a bad moment. We take the break to recharge and go again.

“Sometimes you have to accept the struggles you have. It is about regrouping and starting again. It is the second half of the season and there is a long way to go.”

It is a completely different story for Eddie Howe, whose Newcastle team continued its outstanding start to the season.

This was a fifth-straight win in the league to move to within two points of second-place Manchester City.

The Saudi-backed club will go into the World Cup break third in the standings and looking like genuine contenders for Champions League qualification, if not more.

“I feel immense pride at how the players have performed consistently,” Howe said. “Now the challenge is to maintain and enhance that. We’ll focus on what we think we can improve as a team. Hopefully the boys can come back from the World Cup in good spirits.

“I’ll enjoy maybe a few days off, but then the challenge is to come back and make sure we hit the ground running.” 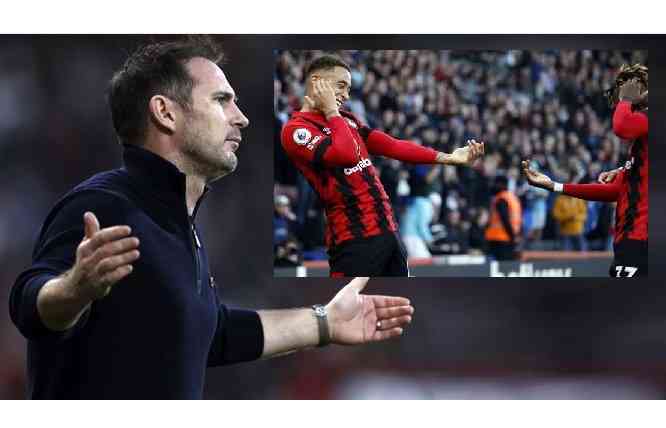