Ivan Toney issued the perfect response to being omitted from England’s World Cup squad by scoring both goals in Brentford’s shock 2-1 Premier League win at Manchester City on Saturday.

The striker was left out of Gareth Southgate’s 26-man squad for Qatar, with Newcastle’s Callum Wilson selected ahead of him.
But he showcased the quality his country will miss out on when putting the visitors ahead in the first half and then firing a 98th-minute winner.

The result means Arsenal is guaranteed to top the Premier League until the season resumes at Christmas - while Toney’s performance is sure to spark a debate over whether Southgate was right to leave him behind.

“There was disappointment, but I know what I’m capable of,” Toney told BT Sport after the game at the Etihad Stadium. “It won’t put me down. I will keep going.”
Defeat for City gives Arsenal a prime opportunity to extend its lead at the top of the table to five points with a win at Wolves on Saturday evening.

Just a week after a late Erling Haaland penalty secured victory against Fulham, the reigning champion was on the receiving end of stoppage-time drama.
Toney put Brentford ahead after 16 minutes with a powerful close-range header after beating Aymeric Laporte in the air.

His winner saw him beat Ilkay Gundogan to turn home Josh Dasilva’s cross from the right.

He might have had a hat trick moments later but Kevin de Bruyne cleared off the line.
Phil Foden had fired City level in first-half stoppage time with a half-volley into the top corner - but Brentford and Toney saw a host of chances repelled, with Ederson repeatedly called into action as the forward stretched the home team’s defense.
On a day when Haaland cut a subdued figure, it was Toney who won the battle of the frontmen with the type of performance that may have Southgate thinking twice about his decision.

“Fantastic,” said Brentford manager Thomas Frank.. “I can’t praise him enough. What I would say, most importantly, is how good a person he is. How emotionally intelligent he is about his teammates.

“But what a player. What a striker. He scored two and should probably have scored one more. Imagine a hat trick here. I thought that was just for Haaland.”

Share this article on social media
Previous article
If Arsenal win Premier League title, it will be with the help of Manchester City 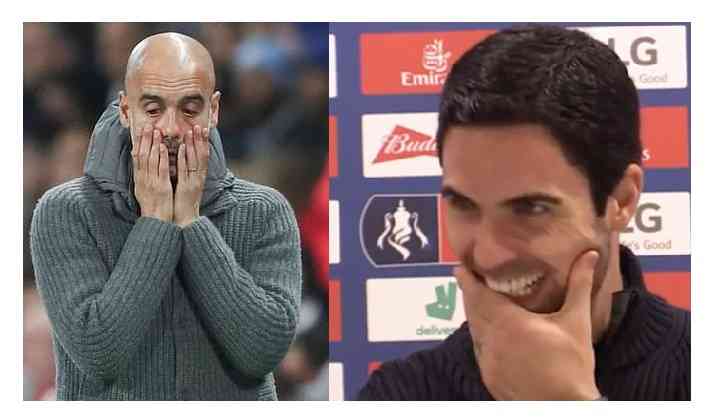