Move over Gor, AFC, Tusker the new Sheriffs in town

The 2021-2022 Football Kenya Federation (FKF) Premier League ended on Sunday with Tusker winning their 13th title in an unfamiliar but thrilling fashion.

For the first time in years, Tusker won the Premier League title on goal difference. In the process, they became the second most successful club in Kenya behind Gor Mahia. They are now second to Gor Mahia, who have 19 titles.

Tusker saw off Posta Rangers 2-0 as they retained the league title, pipping Kakamega Homeboyz on a goal-difference of four. Both teams tied at 63 points.

Despite a season marred with leadership wrangles, Fifa ban, financial challenges and walk-overs, the brewers were the strongest of them all after a run of 21-matches on an unbeaten run. Robert Matano’s charges started the league on the wrong footing. The champions had a poor start to the season despite breaking the bank to sign 10-new players. The brewers lost 1-0 to AFC Leopards and 2-1 to Talanta in their opening two fixtures.

Tusker were below the top ten for the better part of the first leg. In their opening 15 matches, the brewers picked maximum points in seven, shared spoils in two and lost in six.

With the telling results, many wrote them off despite having invested heavily.

However, since the beginning of the year, the champions found their footing and despite all the challenges, steadied their ship.

Since January 20, the brewers ended the season without tasting any loss. They registered 13 wins and eight draws.

In the process, Matano (pictured right), became the most successful local coach with four league titles.

“Winning a Premier League title for the fourth time is not a joke. I’ve made history and Tusker have also opened another chapter in history. Remember this is our 13th title,” said Matano on Sunday. Surprisingly, Matano threatened to ditch Tusker citing disrespect and sabotage from some members of the team.

“There is somebody who doesn’t need me in this team and I am not happy with that. But again, I am happy because I have proved him wrong,” he said.

“I am an experienced coach who knows what he is doing. I don’t depend on luck. There are people who do not trust me in the team. We had times when the team was down but those are dynamics in football. I said the league is a marathon and that we will win, which we did.”

“Respect is important. During low times and winning days, we must respect one another. On a positive note, I am happy with my achievements being the most successful local coach.”

But now, what next for Tusker? Will they represent Kenya in the annual Confederation of African Football (Caf) Champions League? And will Caf ratify the just concluded FKF Premier League?

Kenya is currently serving an indefinite suspension imposed on the country by world football governing body Fifa in February owing to government interference. On November 11 last year, Sports Cabinet Secretary Amina Mohamed disbanded FKF and installed a Caretaker Committee for six months to take over the running of the federation’s affairs before she replaced it with a Transition Committee three weeks ago.

The ban has already been catastrophic to local players and clubs after Caf kicked Harambee Stars out of the 2023 Africa Cup of Nations qualifiers that begun last week.

Also, the national women’s football team, Harambee Starlets, was kicked out of the Africa Women’s Cup of Nations qualifiers earlier this year in the last stage of the competition.

Cecafa has also locked out Starlets from the regional tournament, which Kenya are the defending champions.

It remains to be seen if winners of the top flight leagues, now under the FKF Transition Committee, will play in the Caf Inter-Club competitions next season.

As it stands, Tusker can only play in the Champions League once Fifa’s suspension is lifted and Caf ratifies the just concluded FKF Premier League. 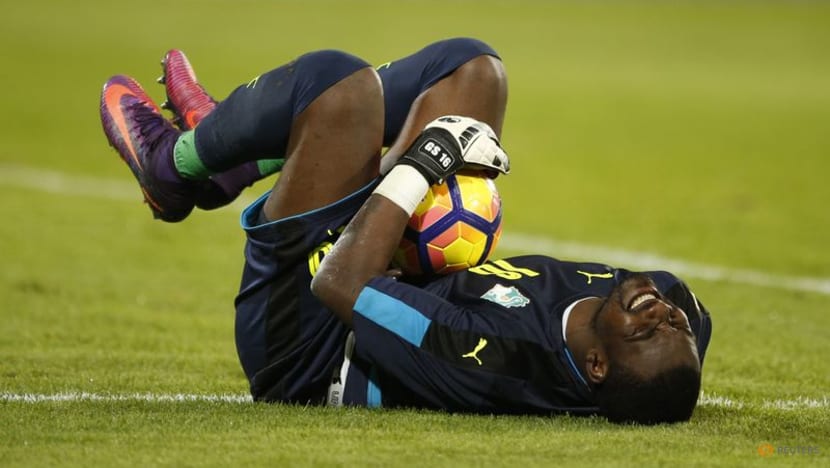