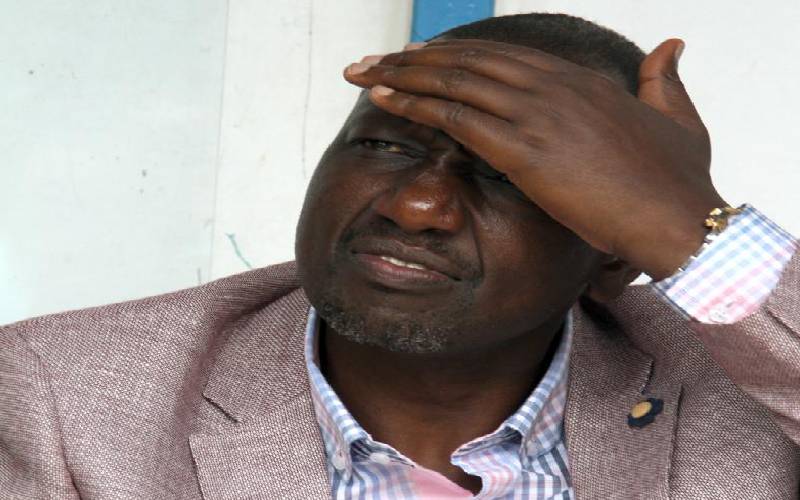 After promising Kenyans nine stadiums in 2017, Deputy President William Ruto (pictured) has now said the stadiums could not be built because the money set aside for them was directed to other government projects.

Speaking during an interview with NTV on Thursday at his Karen home,  the DP said the stadiums promise was not a personal promise but a government’s one.

“You make it look like I was to get money from my pocket to build the stadiums, this was a Jubilee administration pledge,” he said.

Ruto denied that they lied to Kenyans saying, they have delivered on other projects like electricity, housing, roads and rail.

In a clip dated 2017, Ruto who had admitted that they had not delivered on the five stadiums project they pledged in 2013, said plans were underway to construct 11 world class stadiums.

In another interview on K24 TV last year, Ruto said the stadium pledge was on course and that the government was now working on 11 stadiums instead of nine.

"We will built 11 stadius insted of nine in two years' time,' said the DP.

Ruto also accused the media of only asking him the stadiums which are yet to be completed while ignoring other areas where the government had achieved like roads and rail.

“Why are people just asking about the stadiums as if it is the only thing we promised? Is it because others have been fulfilled? It is unfair,” he said.

The DP also appeared to blame the handshake and Building Bridges Initiative (BBI) for stalled Jubilee projects, saying the government had directed its energy and resources to the unity initiative at the expense of development.

“I think the handshake has also slowed down development because the government has channeled funds and energy towards that direction,’ said the DP.

Ruto, however, vowed to make sure that the promised stadiums are built before 2022 to end the debate once and for all.

The DP said there is ongoing work on the said stadiums with Wote Stadium in Makueni County almost complete.

“I will make sure that we deliver on these stadium promises so that you get another thing to ask in 2022,” he said.

Standard Digital has confirmed that there is very little going on the 11 stadiums promised by Jubilee and it would take a miracle for the government to build and complete them before 2022 as promised by Ruto.