The deal is worth up to £50 million (US$59.60 million), according to British media reports.

"I've obviously achieved a lot in my career so far, but there is still so much more to achieve and I'm really looking forward to doing that in a Chelsea shirt," Sterling told the club website.

"London is my home and where it all started for me, and it's amazing I now have the opportunity to play in front of friends and family week in, week out at Stamford Bridge."

Sterling becomes Chelsea's first signing under the new ownership led by Todd Boehly and Clearlake Capital, who officially took over from Russian Roman Abramovich at the end of May.

After starting his senior career with Liverpool, Sterling moved to City in July 2015 and established himself as a regular in the Manchester club's frontline, netting 131 times in 339 games for Pep Guardiola's side.

He went on to win both the league title and League Cup four times as well as one FA Cup.

However, he fell down the pecking order last season, playing only a limited role in City's run to the league title and the Champions League semi-final, with Guardiola often preferring Phil Foden or Jack Grealish on the left side of attack.

Sterling said farewell to City in a social media post earlier on Wednesday.

"I arrived in Manchester a 20-year-old. Today, I leave as a man. Thank you for your endless support. It's been an honour to wear the shirt of Manchester City," he wrote.

Sterling, capped 77 times by England, will add much-needed firepower to Chelsea's attack following their struggles in front of goal last season and the departure of Romelu Lukaku to Inter Milan.

Thomas Tuchel's side finished third last season, 19 points behind champions City. They kick off the new season with a trip to Everton on Aug 6. 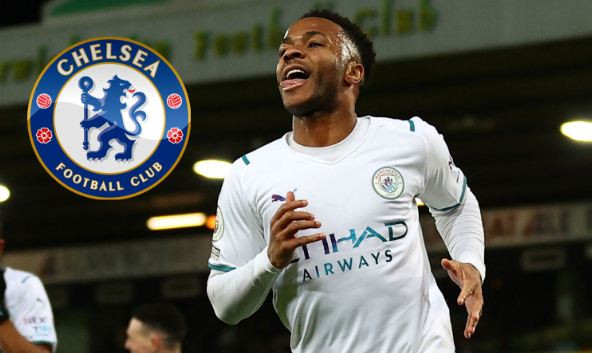