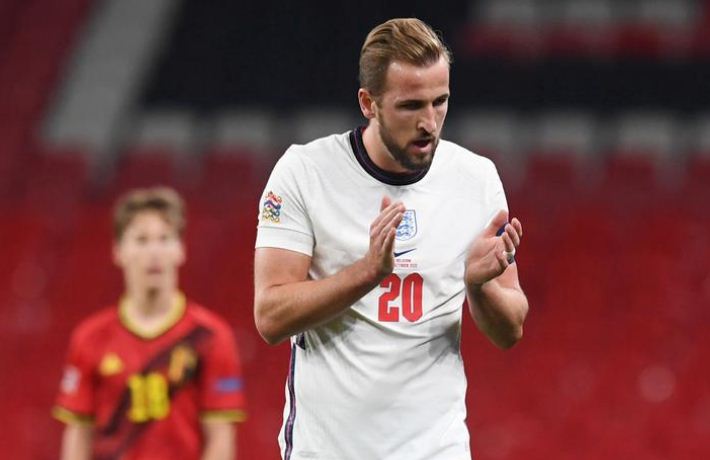 Kane did not start Sunday’s 2-1 win over Belgium and only came on as a substitute but Southgate said he was “fully fit” even as Tottenham Hotspur urged England to exercise caution over the striker’s workload amid a congested schedule.

“He was feeling delayed muscle soreness, which can often happen to athletes, but there was no injury at any point,” Southgate told reporters.

“Our issue with Harry before Sunday’s game was to be able to perform at the highest level. Now, with the addition of a couple of days’ training, it’s not even an issue.

“He’s been fully fit since the end of last week, just before the last game. He would have started the last game but hadn’t had enough training time. He was obviously fine during the game so he’s fit and available.”

While Chilwell returned to Chelsea due to a pre-existing foot injury, Southgate confirmed Trippier left the camp to attend an FA disciplinary hearing over a betting charge.

Trippier, who captained England in a friendly against Wales last week, was charged earlier this year after a breach of gambling rules related to his transfer from Spurs to Atletico Madrid in 2019.

“It’s not something which is in my control,” Southgate added. “I have got to focus on preparing the team with the players I’ve got available. We always find solutions, it is an opportunity for somebody else.

“If I lose focus on the job in hand - there is a million distractions - so this is another distraction. But it’s something I’ve got to plough on through.”

The withdrawals leave Southgate with 28 players to choose from for his 23-man squad for Wednesday’s game.

England are top of Nations League Group A2 with seven points after three games, one point ahead of second-placed Belgium.