Last updated 25 days ago | By Reuters 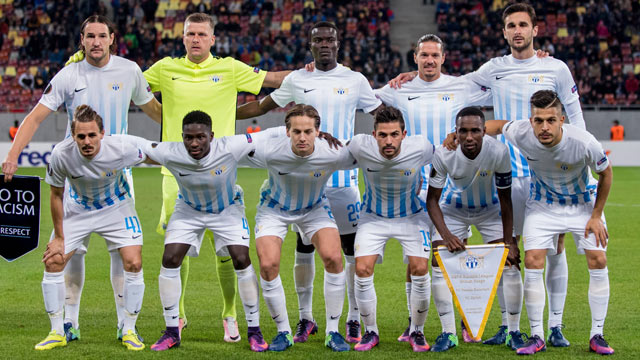 Swiss top-flight club FC Zurich found a number of COVID-19 cases among their squad and staff after defender Mirlind Kryeziu tested positive, the club said on Saturday, raising questions about whether they will be able to complete the season.

The club had said on Friday that the 23-year-old defender had tested positive and that, after discussions with the local health authority, the squad had been quarantined until July 17. The team's next two games have been called off.

Kryeziu, who made a brief appearance as a substitute in last Tuesday's match at Neuchatel Xamax, has light symptoms.

The club said on Saturday that the entire first team squad and staff had now been tested and that there had been further positive results.

"FC Zurich is in constant communication with the Swiss Football League and will now analyse the next steps," it said. "No further information can be given at this time."

SEE ALSO: Golf resumes but with but unexpected surprises

FC Zurich, who are fifth in the Swiss Super League, were due to host FC Sion on Saturday and visit FC Basel on Tuesday, but both games have been postponed and there are no spare dates before the end of the a season on Aug. 2 to reschedule them.

Their next game after that is at home to Young Boys Bern on July 18.

Neighbouring club Grasshoppers, who play in the second tier, said on Friday that one of their players had also tested positive.

The league was suspended on March 2 and restarted in mid-June.

Golf resumes but with but unexpected surprises