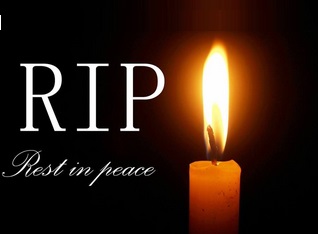 Shamba died yesterday in Kisumu after a long battle with kidney problems.

A number of football coaches and players have sent their heartfelt messages to the family of the former Kisumu All Stars and Gor Mahia player.

His former team mate at Gor Mahia Maurice ‘Ole Tunda’ Ochieng said Kenya has not only lost a player but a kind man willing to go out of his way to see the success of other players.

“Shamba was a very commited midfielder who dominated his area with much ease. He was a very passionate footballer willing to learn from others and our friendship was unmatched during our time in the team from 1974 to 1982 before I left,” Ole Tunda said.

Gor Mahia CEO Lordvick Aduda, who was a close friend to the late, said he was one of the best players in Gor in 1970 and 1980s.

"I have lost a personal friend and a talented footballer who played for Gor Mahia with great passion. May his soul rest in peace," Aduda said.

According to Ole Tunda, Shamba joined Gor Mahia in 1974/75 season from Kisumu Hotstars and was part of the squad that reached the final of Africa Cup Winners Cup against eventual winners Canon Younde of Cameroon in 1979.

He would go on to win seven Kenya Premeir League titles with K'Ogalo before hanging his boots in 1986 when he retired from football.

He also played for Harambee Stars and was part of the team that won Cecafa Senior Challenge Cup thrice in a row from 1981 to 1983.