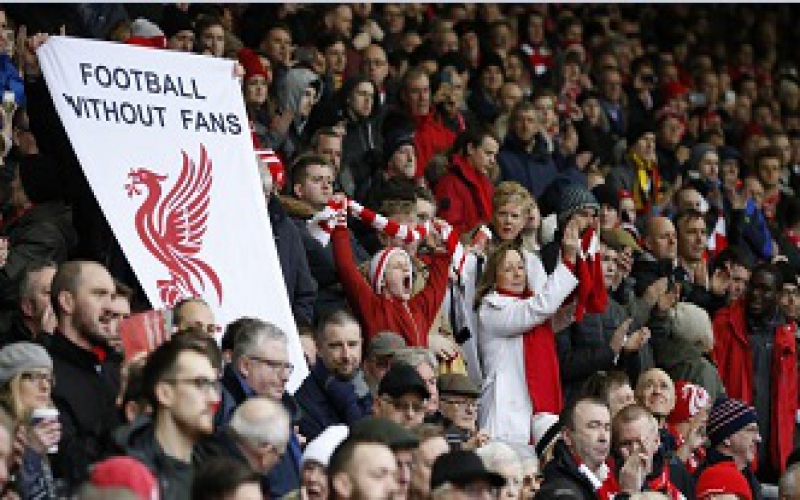 Premier League chief executive Richard Masters said on Friday that fans could be allowed to attend top-flight matches in the 2020-21 season on a “phased basis”.

The Premier League plans to resume the 2019-20 campaign on June 17 following the coronavirus lockdown. But the remaining 92 fixtures will be played behind closed doors to minimise the health risks of football’s return in a country badly hit by the pandemic.

The prospect of playing the next season with no fans is unappetising for the Premier League and Masters suggested it could be possible to being back supporters at some stage.

“No one knows when matches will move away from the behind-closed-doors model and it is right to have contingency plans in place, but there is optimism at the Premier League and at clubs that we will see fans back in the stadiums next season and it may happen on a phased basis,” Masters told Sky Sports News.

“Hopefully it will be a huge morale boost and that is what we’ve been working towards.

“We’ve got some incredible fans in this country and we all know the Premier League as we know and love it won’t be fully back until we have fans back through the turnstiles.”

The biggest concern for ‘Project Restart’ is another wave of the virus, which could lead to the competition being suspended again.

With that in mind, Masters said it was crucial clubs agreed on a plan for what would happen if the season had to end early before games resume.

But he would not be drawn on whether an unweighted points-per-game model would be used in decide the final table in the event of the season being abandoned.

“We need to have plans in place so that we go into the start of the season knowing that if it can’t be completed, what then happens,” Masters said.

“(But) I’m not going to give away any of the details of the private discussions we are having with our clubs.”

The video assistant referee (VAR) system is set to be used in the remaining matches, but Masters said it would be done remotely rather than from the officials’ usual base at Stockley Park.

“The hub itself could be a problem, so if you can’t do the hub you have to do it remotely, and that’s what we’re looking at.”

Liverpool are two wins away from clinching their first English title for 30 years, but they could be forced to play at a neutral venue when the trophy is within reach on police advice.

Police chiefs are concerned about the safety risks of Liverpool fans gathering outside Anfield or any other stadium their team are playing at.

Liverpool fans hold up signs in protest during a past match. [Reuters]