Kenya is on the brink of being kicked out of international athletics competitions as a number of athletes get sucked into doping scandals.

As the athletics world absorbs the surging number of Kenyan athletes getting sanctioned for using prohibited substances, major stakeholders in the sports industry continue engaging in blame game.

So far, the Anti-Doping Agency of Kenya (Adak) has sanctioned 22 athletes whose names are yet to be made public.

There is also an additional nine active cases, amid claims that there have been conspiracies to conceal the names of some drug cheats.

The main players -- sports federations, Ministry of Sports, athletes and medical practitioners – each have a fair share of the blame for the sordid business of doping that has sullied the image of Kenya since 1988 when the first Kenyan, Cosmas Ndeti, was banned for doping.

And as the matter continues to unravel The Sunday Standard can today reveal the list of drug cheats, whose names had not been made public, but have been sanctioned by Adak.

Alive to the seriousness of the issue, Sarah Shibutse, the Adak CEO, is calling on stakeholders to continue assisting the agency. A change, in law, she says, now allows making public those that have tested positive for banned substances.

"In the previous 2016 Code, when an athlete was found to have tested positive, the only people we were allowed to inform was the athlete, the national and the international federations and it was up to the athlete to share the information.

"We could tell other parties it was confidential until the final decision is arrived at. AIU started publishing before the 2021 code, which gives us the leeway to publish," Shibutse said.

All stakeholders, she added, agreed to release all the information on the provisional list.

"It was a collective agreement. Adak had been hesitant before because we did not want to have a case that oppresses any other anti-doping violations. We could lose cases before the tribunal," she said.

"We were avoiding that. We were careful. We have realised that it is better to publish to help sports federations. Wada has acknowledged the decision. It is now easier. But we agree there are cartels in the fight against doping. Our intelligence confirmed and we are trying to penetrate those cartels. It really needs a lot of money."

Noah Busienei, a former athlete and now coach, said athletes pay anti-doping agencies to avoid having their names made public.

"They give kickbacks so that an athlete cannot be named. Some athletes have been asked to pay Sh7 to Sh8 million not to be named. Such athletes feign injuries or claim to be on maternity leave," Busienei said. "It is shocking that an athlete wins a big race, makes good money and then proceeds on maternity leave while in top form. It is normally the other way around. Many managers, he said are simply out to make money. Let us avoid these brokers handling our athletes. That is when we will have a lasting solution."

Wilson Kipsang, a former world marathon record holder who is serving a four-year ban for failing to update his whereabouts, said there are many factors leading to the rise in numbers of those using banned substances.

"There are so many challenges that have led to the rise in the number of doping cases in Kenya. There is the issue of updating whereabouts," Busienei said.

"An athlete must be in constant communication with the person responsible for updating his whereabouts. The professional ones can update on their own. I don’t regret it because there was a mess up. They came to my place at 10pm and postponed. I never missed my slots."

Athletics Kenya, he said, should do more to sensitise athletes on doping.

"There isn't sufficient awareness on the whereabouts issue. AK should be all over the country on sensitisation seminars on doping. AK should do it more often, there are many new athletes coming up," he said, adding that many athletes have been banned but names cannot be made public for even two years.

Athletes are required to declare one hour a day within which doping control officers can find them for testing. If one fails to do so after four attempts within 10 months, they will be banned for four years.

Dr Kipchumba Byron, a Kinesiology and sports science expert from the University of Georgia, said a lot needs to be done to fight the menace.

"There are limited awareness campaigns in Kenya. I also think Adak is limited in terms of its resources to carry out its core mandate. The agency is responsible for sample collection for testing. They are limited because of the budget," he said, adding that sanctioning an athlete alone does not help the process.

"Sports men and women are labourers; they labour within the economics of sport for various units. They are the producers. That’s from AK, Adak, managers and many others. The first line of earnings is the manager; who takes a percentage, endorsements and bonuses. Most athletes do not know how much they are entitled to in races. The punitive measures placed on athletes should be distributive. But lumping everything to the athletes while these drugs are way beyond the athletes’ reach is not fair. Majority of the drugs are available, but must be prescribed by someone knowledgeable."

He added that the hunger for quick money is driving many athletes to use banned substances, but the effects are far-reaching.

"It has physiological and psychological effects. There is also blood doping where an athlete removes part of blood and stores it then transfuses it after some time. It affects the red blood cells. The introduction of blood biological passports has made it possible to unmask this. That is part of the reason for the rising cases of doping," Dr Kipchumba said.

Wada has come up with a way of detecting the masking agents.

"Most of our problems are locally engineered. It is the interest of foreign managers who exploit the athletes. When an athlete is injured in Kenya, they normally take them abroad where we highly suspect doping goes on," said Kipchumba, adding that there is need to repeal the Sports Act to save the country's athletes from foreign manipulation. "We need to amend the Act to include all the athletes' support personnel to take responsibility. Work permits should include a clause on accountability on the account that an athlete fails a dope test."

He is also calling for a structured mechanism of managing foreigners handling Kenyan athletes. "Adak should have people who understand sports science and policy formulation in the country," he said.

Most of the banned substances are stocked in chemist shops and pharmacies as some serve as treatment for asthma, and pneumonia.

Share this article on social media
Previous article
9 days to go! Son of Liberian President George Weah among players selected to represent the US at World Cup 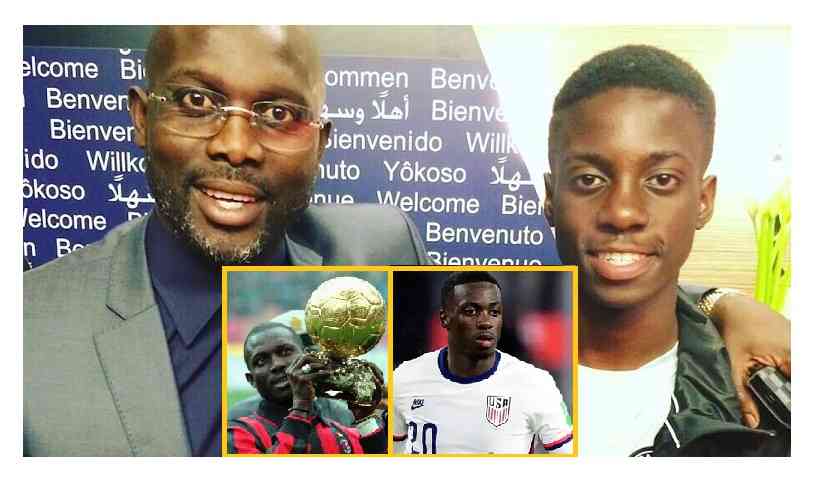