How Kenyans wow the world at finish line

You are either inside one of the world’s athletics sporting cathedrals or watching well-heeled big city marathons around the globe.

And one thing will no doubt excite you – Kenyan athletes pull stuns at the finish line thanks to their stylish celebratory signs and antics.

From South pole to North pole, they wow the sporting world. You will spot two-time Olympic 1500m champion Faith Chengétich Kipyegon punching in the air, then former Commonwealth Games marathon champion John Kelai kneeling down to do the Christian sign of the cross; it’s a sight to behold.

Then listen. You will hear 2016 Olympic javelin silver medalist Julius Yego screaming after a perfect throw on the pitch.

Their spectacular shows brighten every little colour and amplify every sweet sound in stadiums and big city marathons. And these stand out as Kenyan stars’ signatures!

Every athlete has developed own celebration trademark even as most do the christian sign of the cross to thank God. Like in other sports, the signs and antics act as sporting trademarks or even memorable events in the sportsman’s lifetime.

Their victory jigs and the signs carry hidden meanings which, at best, count towards the glory.

Here Standard Sports takes you inside the world’s sporting cathedrals and the finish line in major big city marathons.

Punch in the air

She’s a Chief Inspector of Police attached to Directorate of Criminal Investigations. Since 1997 when she made giant strides to the pinnacle of world distance running, while a Standard Four pupil at Chemwabul Primary School in Keiyo South, Vivian has stuck to her punch in the air trademark at the finish line.

He has achieved what few other athletes have attained in global athletics, with his memorable moment coming at the 2012 London Olympics when he won bronze medal in 5,000m to save Kenyan blushes in long distance races at the meet.

Whether he wins or not, Longosiwa kneels down and does the Christian sign of the cross.

“I turned to Christ in 1987 when I realised that most of our people in Pokot engaged in alcoholism. By then, cattle rustling acted as the community values. I could not hold back tears seeing people killed in cattle theft,” he said.

Kelai beat huge odds at his rural home in Turkana County to ascend to the pinnacle of global athletics, winning the Commonwealth Games marathon title in New Delhi in 2010.

“My parents passed on when I was 13 and my uncle had to take care of me. That has always inspired me and the reason why I do the sign of the cross after every race.”

Kelai is best remembered for leading athletes to Voluntary Counselling and Testing (VCT) in Eldoret two years ago.

Olympic 5,000m silver medalist Hellen Obiri and two-time Commonwealth Games 800m champion Wycliffe Kinyamal also kneel down and do the Christian sign of the cross after winning their races.

He has won 12 out of 16 marathons he has competed in – including the 2016 and 2020 Olympic outings, 2017 Nike Breaking2 Project he posted an impressive 2:00.25 in Monza, Italy and the historic Ineos Challenge he set 1:59.40. In all these victories, including winning the 2003 world 5000m title, Kipchoge stretches his arms and smiles a few metres to the finish line.

“I stretch my hands before finishing a race. It just comes out naturally. But it has since become my trademark. I love it,” he said.

He’s the reigning Olympic and world 800m champion. He’s a graduate from The University of Texas at El Paso in the USA. He stretches his arms and smiles a few metres to the finish line to celebrate his wins.

Dance and other antics

It appears jig and dance stands out as the 3,000m steeplechase celebratory style. Kemboi, the flamboyant and ‘crazy jigman’ amazed the global stage for more than a decade with his celebratory antics, started it.

In 2012, he adorned then President the late Mwai Kibaki with his Olympic gold medal and then went to hang atop then Prime Minister Raila Odinga’s car while on a rally to Eldoret’s 64 Stadium.

In the 2013 Moscow World Championships, Kemboi continued to run the shows with his rib-wrecking victory jig. He then had the writings on his vest: “I Ezekiel Kemboi Cheboi dedicate my win to President Uhuru Kenyatta, Deputy President William Ruto. They are my heroes, my kings. I love Kenya.”

And he crowned it all when he handed over the T-shirt to President Uhuru at Lotte Hotel in Moscow, where the head of state had hosted the national team for a luncheon.

“Mimi ni mganga (I am a magician). I printed this T-shirt two months before the competition after my soul was fully satisfied that I could win the gold in Moscow,” said Kemboi.

Before last year’s World Under-20 Championships at Kasarani Stadium, Amos Serem could not attract a passing glance.

At the global event, he displayed a stylish dance after winning the 3000m steeplechase on the last day of the championships.

“I celebrate my wins with a jig. My mentor Ezekiel Kemboi set the dancing style and to me, that is a steeplechase dance. I took it as my trademark.”

Chemos,who is married to former 1,500m runner Alex Sang and lives in Kesses in Eldoret, picked up the trademark dance after the victory inside Luzhniki Stadium at the 2013 World Championships in Moscow, Russia.

She is the two-time Olympic 1,500m champion, two-time world champion and has had an insatiable hunger to expand her fledgling collections on the track. The 28-year-old Chepng’etich is known to raise her hands with one-finger salute while winning races.

Save for Kipyego, the others serve in the disciplined forces. Kipruto, Choge and Mateelong serve in National Police Service while Kibiwott works at Kenya Defence Forces.

He has an identical scream as his trademark after a perfect throw. Yego has won Commonwealth Games and World Championships titles and an Olympic silver.

Yego uses the scream as his traditional cool down dose. “I feel I can produce the best throw by screaming. I feel re-energised by the scream. But that’s my trademark, I love it,” he said.

The ‘Youtube’ athlete as he is known and who hails from Cheptonon village in Nandi County, started off with stick-throwing. 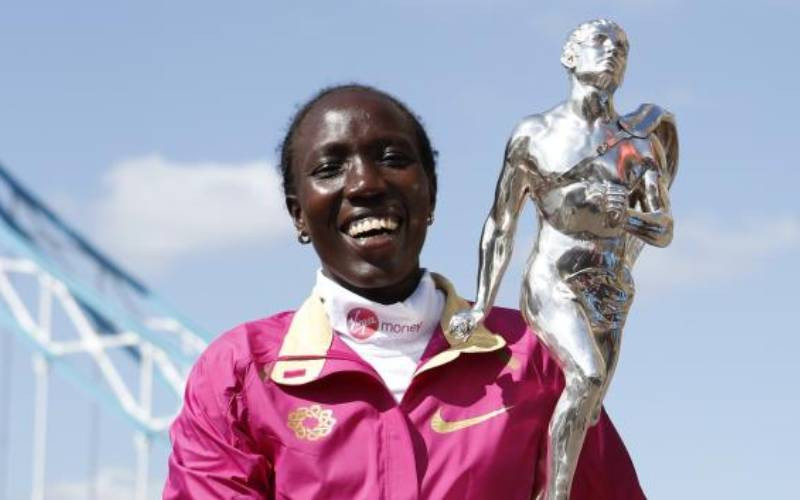 Next article
Kenyans put up fair show in Lausanne 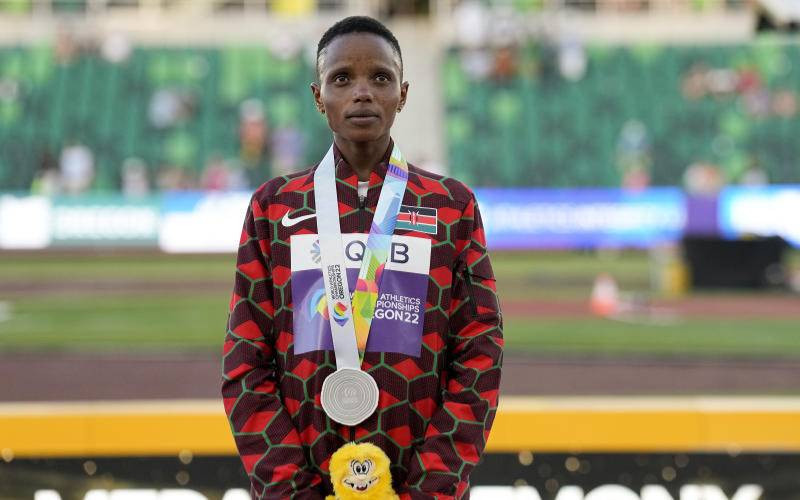